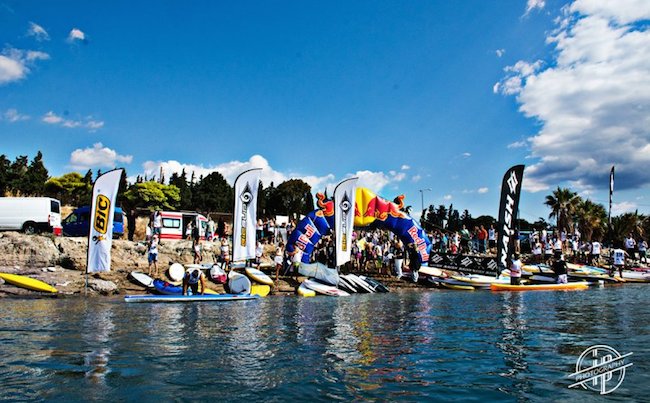 The most amazing race of the year took place on October 19th at Isthmus, the famous historic canal of Corinth, Greece. The record breaking number of participants was balanced between anxiety amongst the leaders of each category and smiles from paddlers who came just for the experience.

An unexpected surprise was waiting the organizers early in the morning. The current inside the canal had changed just a few hours before the start, despite the forecast. With emergency acts by the hole organizing crew, the race settled to start from the other side of the canal and everything was ready to go. The grand finale of the 4th Hellenic Sup Cup is ON! 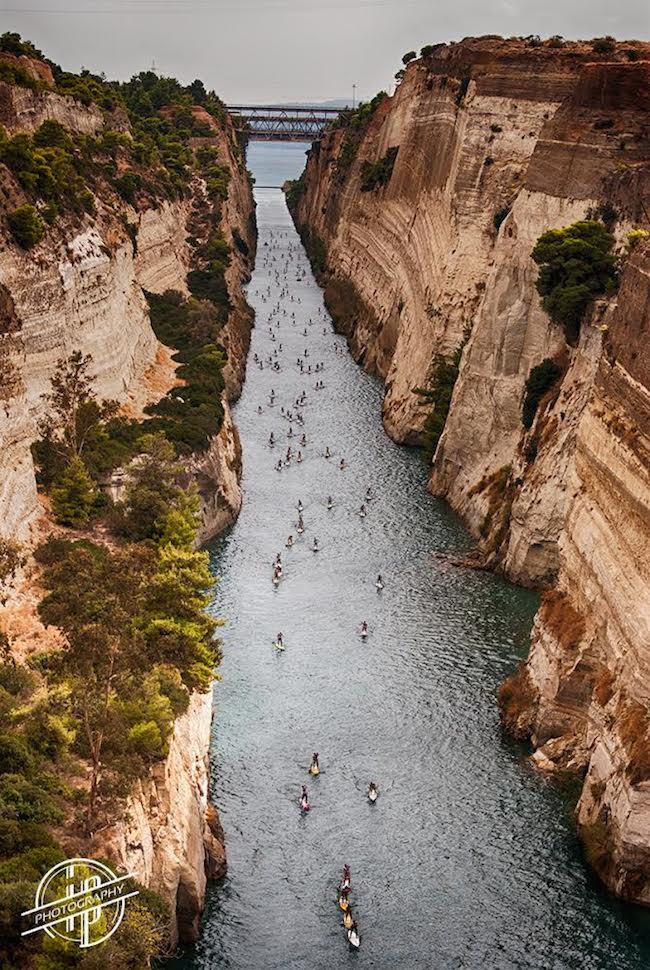 All paddlers took their places behind the starting line. Among them a lot of kids and a few SUPers, who came from other European countries(like France, U.K., Austria, Cyprus) for this unique race. The horn sound gave the signal and 147 athletes of all ages paddle out for the 6.5 Km straightest race in the world. The crowd burst into cheers as they hadn’t seen anything like that before in the past. Some of the spectators headed to the nearby bridges in order to watch the course of the race and some to the finish to see in firsthand the last minute battles. 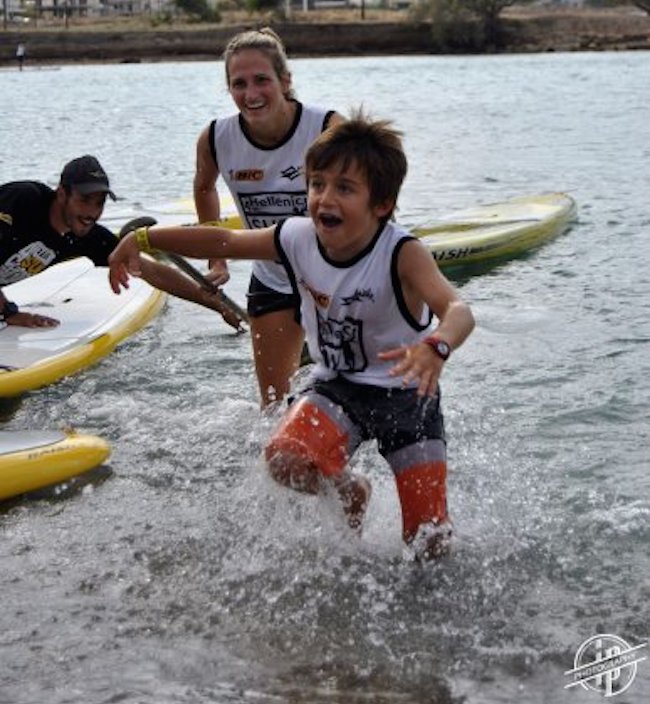 Inside the canal the battles were epic. The ranking differences in most categories (not only for the first places but also for the places down the list) were depending from the last race at Isthmus. So everyone was aiming for his own goal.

The only buoy turn, just a few meters before the finish, gave a hard time to most paddlers as they were exhausted from the race. Great battles and sprints were given on that turn till the finish line from everyone. 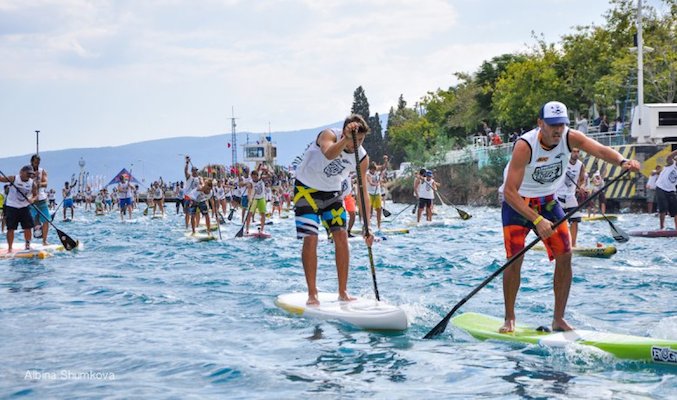 After the finish of all athletes, a cruising ship picked them up for a quick return through the canal, in which everyone had the opportunity to see the magnificent beauty of Isthmus one more time.

After a strength recovery lunch break, the award ceremony started. The time which every paddler was expecting had finally came. The winners of each category were filled in cheers and applauses from every participant and also from the crowd watching.

More in this category: « The Carolina Cup Story And 2014 Preview The Molokai 2 Ohau is Here! »