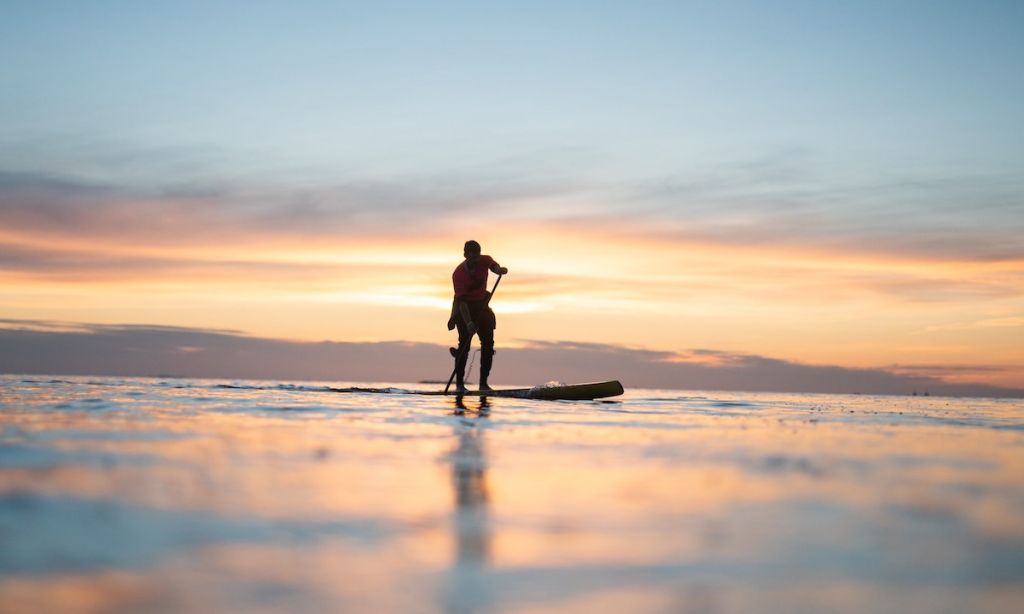 COPENHAGEN, Denmark - The pier in front of the Kayaking Hotel in Copenhagen was packed with paddlers and Stand Up Paddle fans. The sun was burning hot and the broad smiles on the faces of the 150 paddlers who just finished the world’s only 24-hour SUP Relay could not possibly be wiped away. They were stoked.

Participants paddled for 24 hours and collected more than 10.000 Euros to raise awareness about and fight against plastic pollution. Many had just for the first time in their life tried paddling in the dark, despite the midsummer nights in Denmark hardly even get completely dark. Most of the participants at The Midsummer Viking Challenge had only slept for a few hours at the event campsite, but this did not dampen their enthusiasm or Viking Spirit.

"It has not only been the best SUP event ever. It has been the best sport event with the coolest vibe that I have ever attended," Anders Hoffman said - a 28-year-old Dane and Ironman-athlete. Hoffman joined “Team Valhalla Express” with legendary Danish Viking Casper Steinfath as team captain, even though he only started his career on a SUP board three hours prior to the start of the Midsummer Viking Challenge. He was one of nearly 150 paddlers on 32 different teams. The field in this inaugural Midsummer Viking Challenge was composed of paddlers from 10 different nationalities - most of them from Sweden, Germany and Denmark. Each team consisted of three to five paddlers and it was up to each team to decide how often they would switch between their paddlers, with the goal to paddle as many kilometers as possible in 24 hours.

The idea for the Midsummer Viking Challenge was born in Casper Steinfath’s mind last winter when he was struggling to cross the Skagerrak strait between Denmark and Norway as the first person ever. During the 147-kilometer long battle with Mother Nature he thought how to give less skilled paddlers the same experience with paddling in the dark, being part of something bigger than yourself and as a team achieving more than we think we humans are actually capable of.

"I'm so happy. To watch the smiles of the paddlers grow throughout the entire 24 hours. To watch how they loved fighting as part of a team instead of just by themselves. To watch how the elite and amateurs could paddle together was fantastic. I'll never forget this day," Casper Steinfath said.

In average, the teams paddled 30 laps and in total they paddled more than 5.000 kilometers around the artificial island at Amager Strandpark with nice flat water in the inside lagoon and the slightly choppy waters of Øresund on the outside. Paddlers were greeted with a nice view of the nearby Copenhagen Airport, the beautiful bridge to Sweden and a crowd of ocean windmills reminding the paddlers of the world we live in that needs our attention and care. 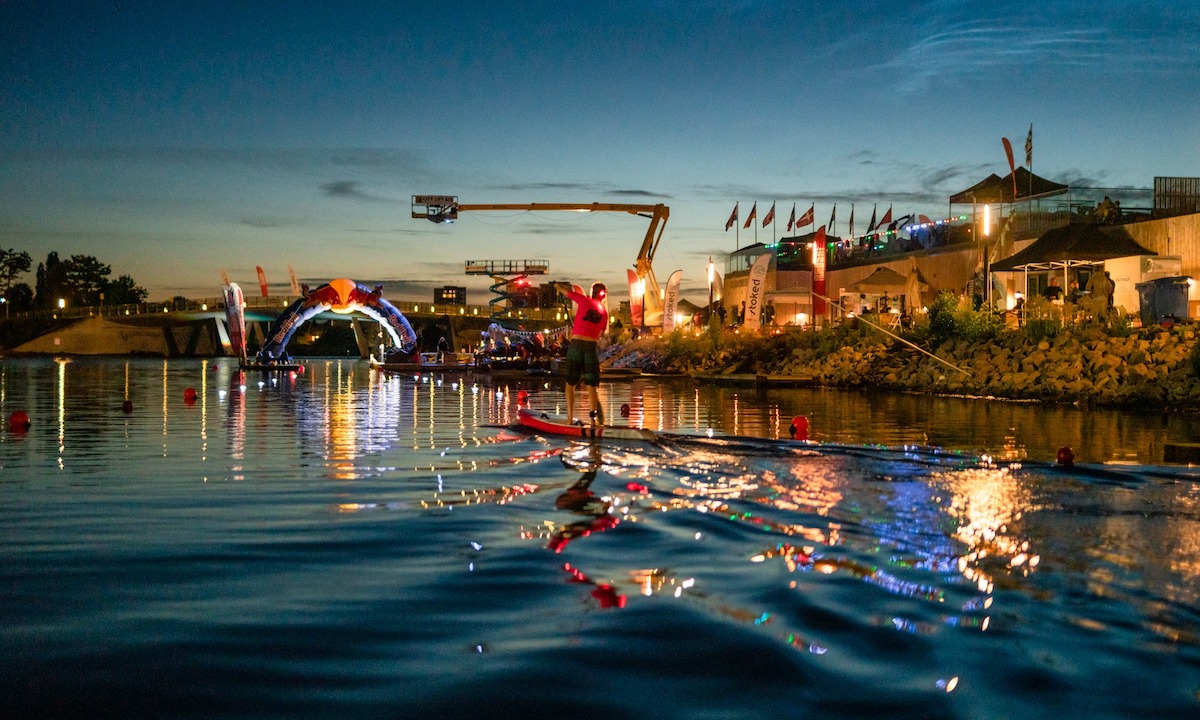 Back on land there was also a flurry of activity for spectators and supporters. With free vegan food to sample, good surf vibes on the pier, a local rapper that with his lyrics sent the sun to sleep from a 10 meter high crane - the scene was set for a party while the paddlers kept fighting their way lap after lap during the most beautiful midsummer night this year in Denmark. And when the sun rose in the East, a choir accompanied the returning daylight with a handful of Danish and Swedish songs in the crisp and fresh morning air.

"There was lots of water safety and SUP friends around me," the Swedish paddler Maya Persson wrote on Instagram the day after. As for Maya and many more, the Midsummer Viking Challenge was a game changer in their SUP life. One hour after the final 'Champagne lap', where all 150 paddlers had fun on the course together, Casper Steinfath summed up the weekend:

"Myself and the whole team behind the event came here with a dream to create an event that was unique and different from anything we have seen in the SUP world so far. I don’t think that anywhere in our wildest imagination it could be something like this. I can happily tell you that the Midsummer Viking Challenge is coming back. We’ll meet again next year." 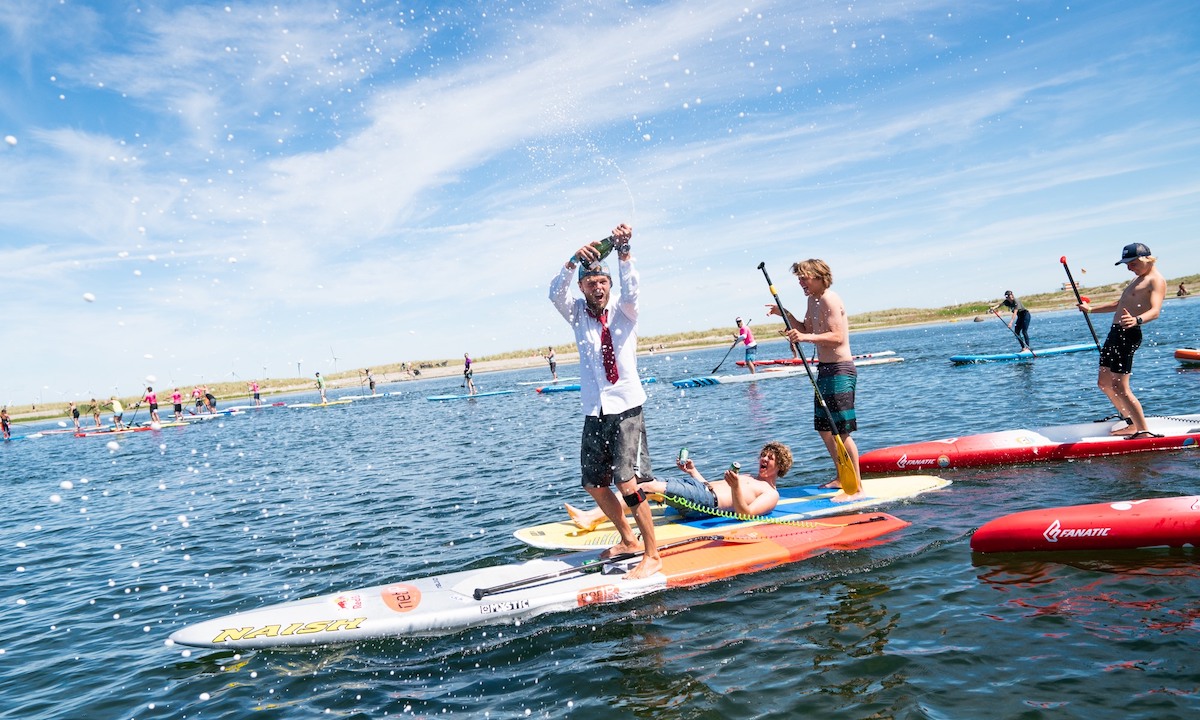 The next edition of the Midsummer Viking Challenge will take place in Copenhagen on 20-21 June, 2020. Sign up is already open at vikingchallenge.dk - secure your team’s spot now.

To find more SUP events near you check out the Supconnect Events Calendar.