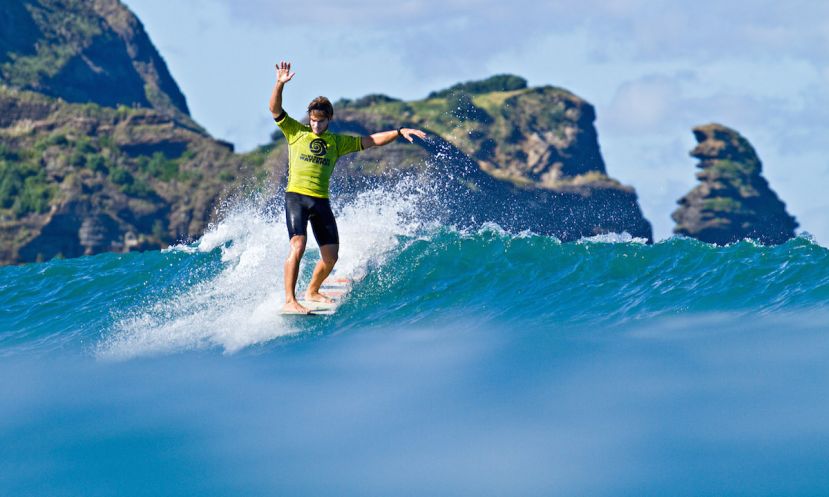 Zane Schweitzer nabs the lead after his third win in the longboard discipline. | Photo: Cory Scott

The win has catapulted Schweitzer well out in to the overall lead with a near 800 points over his closest rival Daniel Kereopa. Schweitzer’s win came at the expense of Kereopa as the two surfers were separated by only 0.10 points - Schweitzer scoring 14.43 to Kereopa’s 14.33.

“I remember this event going on last year and I was hurting watching it because I wanted to be a part of it, this is what I have trained for all of my life,” Schweitzer said after today’s discipline. “My mindset today was to surf to the criteria, speed, power, flow plus style and grace. It is hard when the surf is that small but I had a few fun rides and I got to play with the waves.” he added. “I feel grateful to move up the rankings. I have been sitting in fourth place the entire event so to get to the top of the leaderboard is the best feeling.” 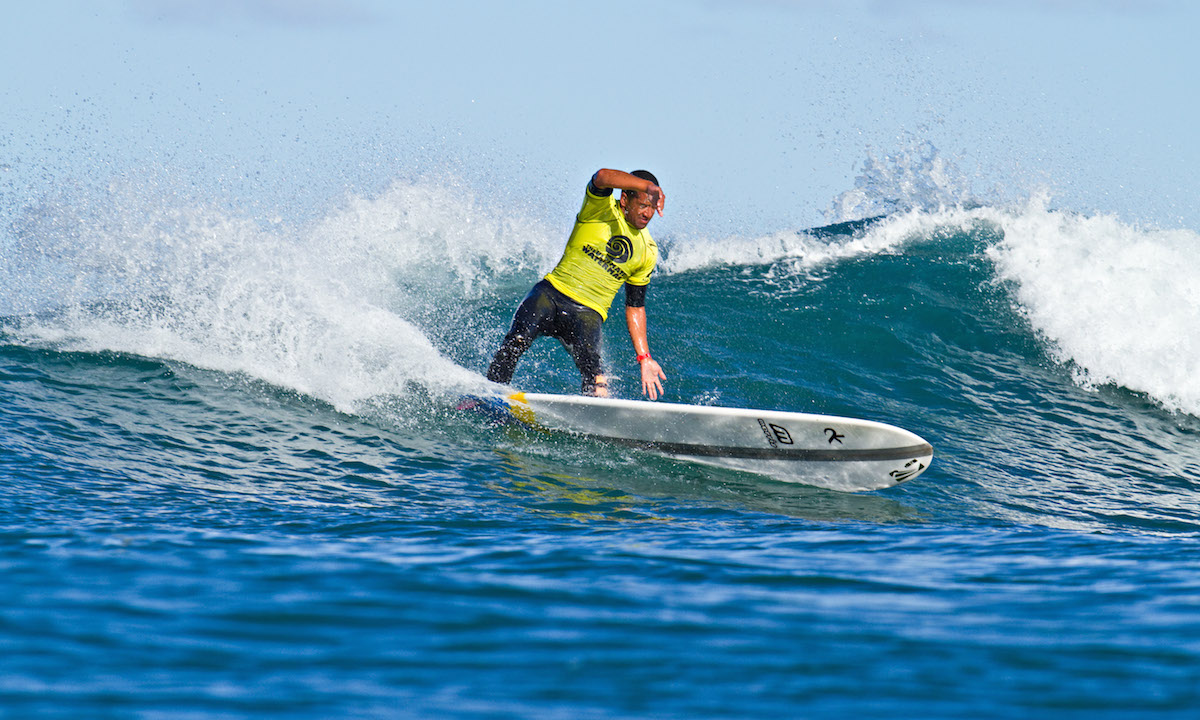 Kereopa nearly missed a win in the longboard division losing only by .10. | Photo: Cory Scott

Kereopa and Schweitzer both nominated the longboard discipline as their double whammy so the runner up finish for Kereopa elevated him to second on the overall standings, but the gap between the two surfers has extended. Brazilian Caio Vaz looked polished in his performance finishing in third place with American Danny Ching placing fourth in a surprise result that will help his overall placing. Ching is expected to be a frontrunner for the final discipline, the 16km Standup Paddle board Endurance along with double whammy surfer Connor Baxter (HAW). Check out the video highlights below.

This evening the new discipline of Underwater Strength Run and Swim takes place at the National Aquatic Centre. The athletes will be going into unknown territory and the individual results will be crucial for those chasing Schweitzer as the frontrunner. Forecasts for the finals day tomorrow are for 25 knot winds from the easterly quarter. The strong onshore winds will require the athletes to be transported out to Motuihe Island for a straight downwind 16 km race. 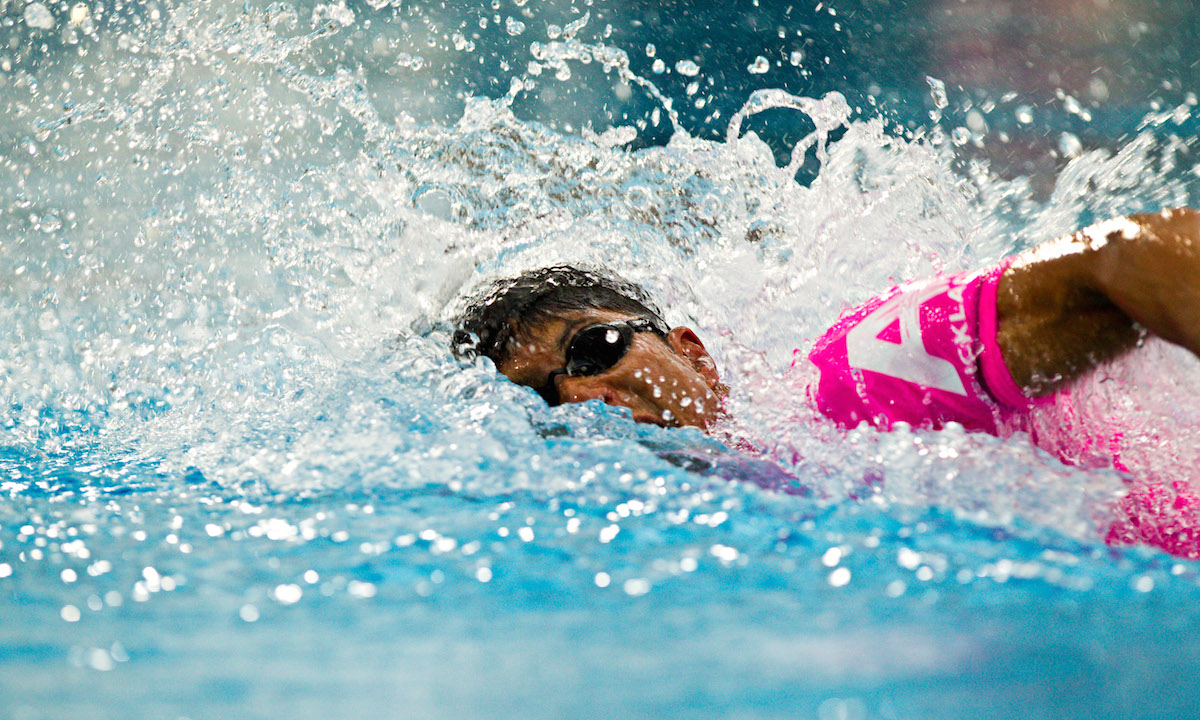 American Danny Ching called on his high school sprint swimming experience to help him win tonight’s Underwater Strength Run and Swim discipline of The Ultimate Waterman at the National Aquatic Centre, Auckland. The win puts him in second place overall behind Zane Schweitzer of Hawaii and means tomorrow’s final Stand Up Paddle Endurance race could be won by either competitor.

The Underwater Strength Run and Swim is new for 2016 and involves competitors dropping into the pool and holding their breath for 30 seconds before running along the bottom holding a 25kg dumb bell in each hand. Competitors were required to then drop the weights on a mat, come to the surface and sprint swim 25m back to the start. Each athlete had two attempts and their best time was taken.

Ching completed the drill in his fastest time of 1.08.83. Second was Manoa Drollet (TAH) in 1.10.45 and third Mark Visser (AUS) in 1.11.43. Ching said he realized yesterday at a group training session that the sprint swim element was going to be the deciding factor.

“I noticed that we were all on par with each other in regards to running with weights, it was slippery on the bottom and it was going to be hard to get an edge. I felt confident after that because I was a high school swimmer for ten years specializing in sprint swims so I knew I could win,” said Ching after the race. “I just needed to calm down, get my heart rate around 40 beats per minute and I was fine. I had a goal time of 1.10 and so I’m stoked to have done 1.08.83,” said Ching. 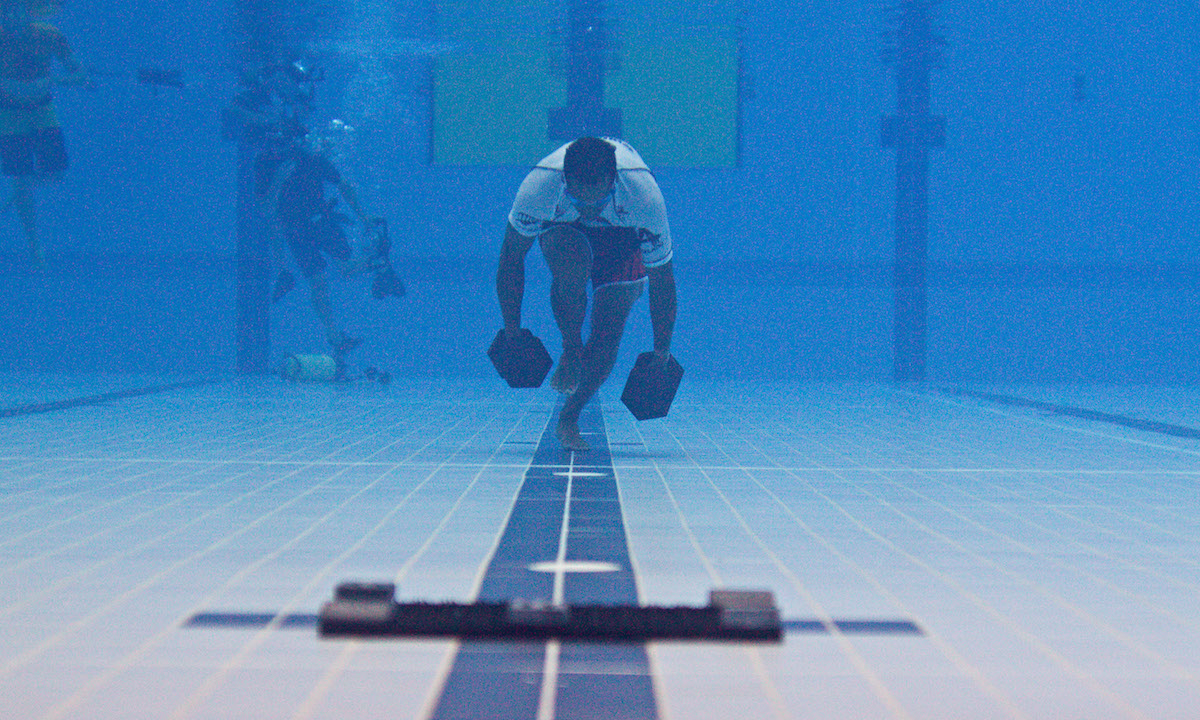 The athletes now look ahead to the final race tomorrow starting at midday. Forecasts are for 25 knot winds from the easterly quarter. The strong onshore winds will require the athletes to be transported out to Motuihe Island for a straight downwind 16 km race.

To see more news and highlights from The Ultimate Waterman 2016, click HERE. For a list of results and current rankings and video highlights see below.

More in this category: « 70 Stand Up Paddlers Set To Paddle The Guadiana River In One Day Hawaiian Zane Schweitzer Is Named The Ultimate Waterman 2016 »