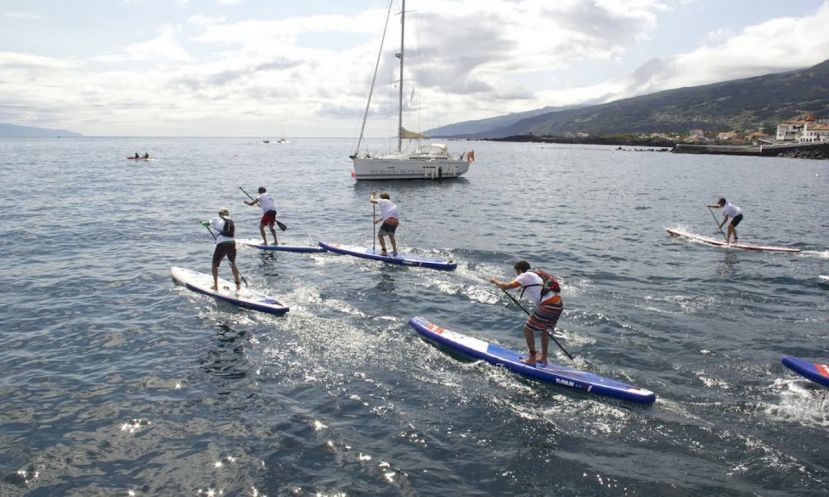 For the second consecutive year stand up paddle athletes crossed the channel between the islands of Pico and São Jorge.

AZORES ISLANDS, Portugal - For the second consecutive year stand up paddle athletes crossed the channel between the islands of Pico and São Jorge. The SãoJorge2Pico race, an oceanic event between islands that integrates adventure, effort, navigation and concentration, was held this past July 11th, with athletes representing three different countries registered, of which 13 bravely finished the race, managing to overcome the difficulties inherent of this type of oceanic crossing, as well as their own fear and concerns.

Given the forecasted conditions that showed a prevailing Southwest wind, the organizers of the event decided to reverse the direction of the race, running from Pico to São Jorge, hoping for a downwind race (where the wind is behind the athletes). However, in spite of these efforts, the conditions were difficult with a South swell of one meter and a weak Southeast wind, making it impossible to see pure downwind moments as everyone had hoped. 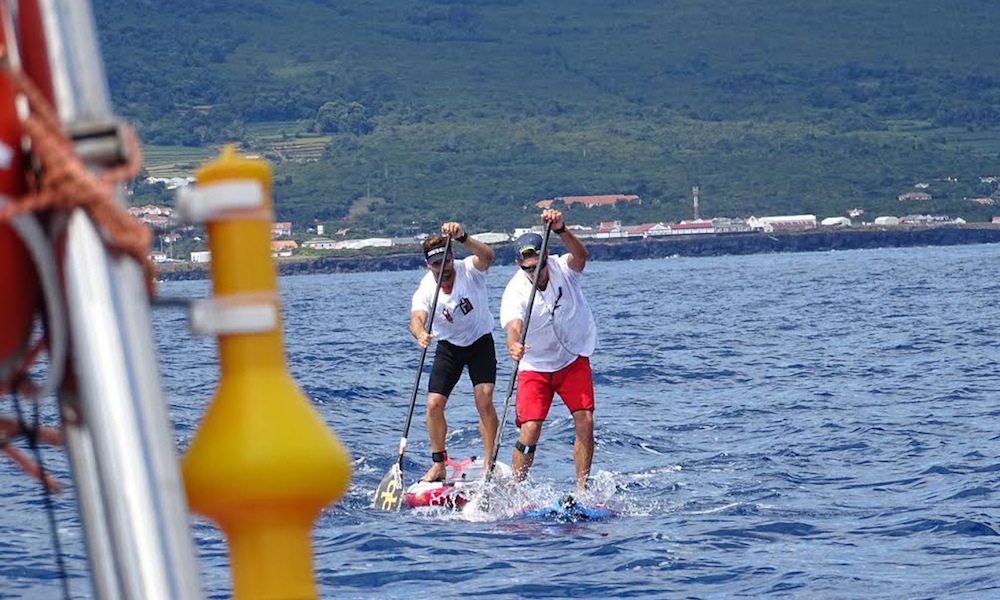 Leonard Nika (right) and Pepe Oltra Sans (left) were neck-and-neck for much of the race.

The race was won by Italian Starboard SUP international athlete Leonard Nika, who achieved a spectacular time of two hours and twenty-two minutes, paddling an inflatable 12'6" SUP board. In second place was the Spaniard and SIC Maui ambassador Pepe Oltra Sans, winner of last year’s event, and in third was Kiko Moreno, also from Spain. Both athletes made the crossing on inflatable 14-foot boards. The only female athlete in the event, Angela Fernandes from Portugal, finished the race in sixth place with a spectacular time of two hours and fifty-eight minutes. In the end, despite the fatigue, she stated she was very happy to have managed to finish her first oceanic crossing.

There was great support from the various agencies on Pico, São Jorge and Faial. A number of support vessels accompanied the group, including an emergency medical boat of volunteer firefighters from Calheta, an ISN boat from Horta and a jet ski from the Maritime Police of São Roque do Pico. Together they successfully ensured the safety of the participants, a great challenge considering the conditions and the varied levels of the participants, which included both professionals and amateurs.

This year the sea life of the Azores reappeared in force! During the race, sea turtles, dolphins, migrating birds and other species that abound in the seas of the Azores were spotted all along the course. All the participants in this year’s event agreed that the Azores is truly a unique and stunning location for this type of crossing. It is a beauty that needs to be experienced, and what better way than on a SUP board.

Pictured on the left is the only female athlete to enter the race, Angela Fernandes.

The event organizers, Miguel Marques, Delfim Filho (TITAN SUPboards), Jorge Torres and Ricardo Wagner (Azorean Dream) said that despite the difficulties they encountered along the entire route to mount such an event, it was very much worth it, not only because of all the moments they experienced on the beautiful islands of São Jorge and Pico but also because of the team spirit and friendship that has formed between the organizers, the participating athletes and the local communities. Over 50% of the participants were return racers from last year, which shows that this event is here to stay.

This year’s prize money of € 3,000 was offered by Azores Tourism, the main sponsor of the event (www.visitazores.com). During the awards ceremony the funds were distributed among the top five male athletes and the female athlete. Those present witnessed a beautiful moment of fellowship starring Luis Melo, representative of Azores Tourism and a participating athlete in the event, and another athlete, Oscar. Luis, having finished in fifth place, decided to assign his share of the prize to Oscar, the oldest athlete in the event. It was a move that symbolized the spirit of camaraderie and adventure that all the athletes in this event possess.

Janet Fonseca, councilor of the Municipality of Velas, and António Freitas, representative of the Azores Regional Government, noted the importance of the event to the local economy and the Azores. They, along with representatives of the Municipality of São Roque do Pico, Azores Tourism and Tourism Portugal, pledged their commitment to continue supporting the event and to help grow it into a well-known international contest. Daniel Assunção, representing the Municipality of São Roque do Pico, launched the challenge for the event to be held over more days, thus allowing the athletes to stay overnight on the island of Pico and discover its natural beauty as well. 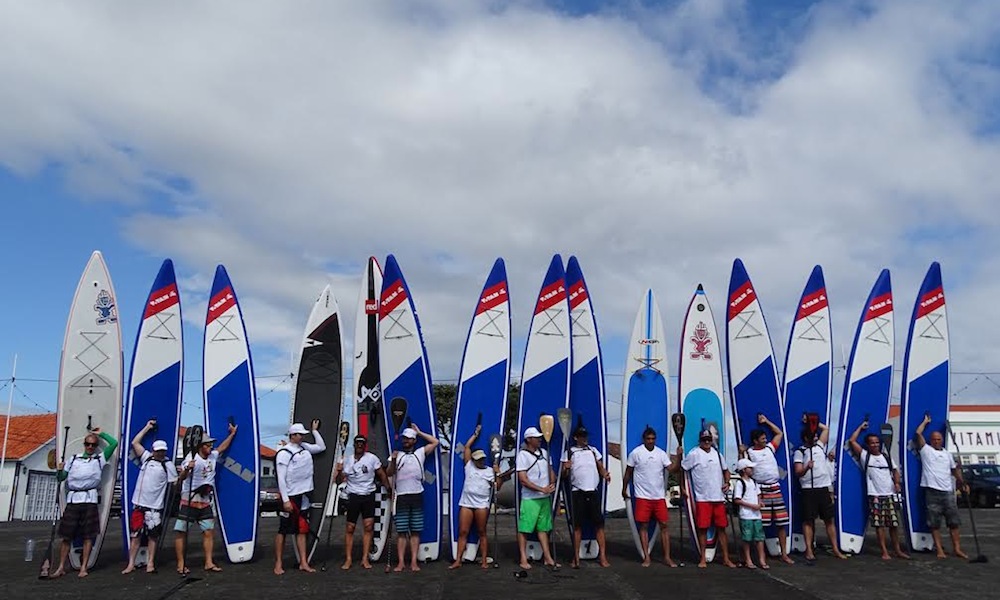 Another successful year with all of the amazing collaborations with the athletes, event organizers, and island officials.

The organization again thanked all the athletes for their presence, without which it would not have been possible to hold this event. They also thanked their local partners, sponsors, SATA Airlines, Azores Tourism and the Regional Government of the Azores. Acknowledging the challenges posed by organizing such an event, they committed to growing and improving the event to continue it for many more years to come, hoping for an even better event with more athletes every year. For more information please visit their website: www.saojorge2pico.com and their Facebook page: São Jorge Pico 2.

More in this category: « Paddle Boarding Pros Conquer The Onewheel Outrigger Resorts Dives Into The Action At Duke’s OceanFest »