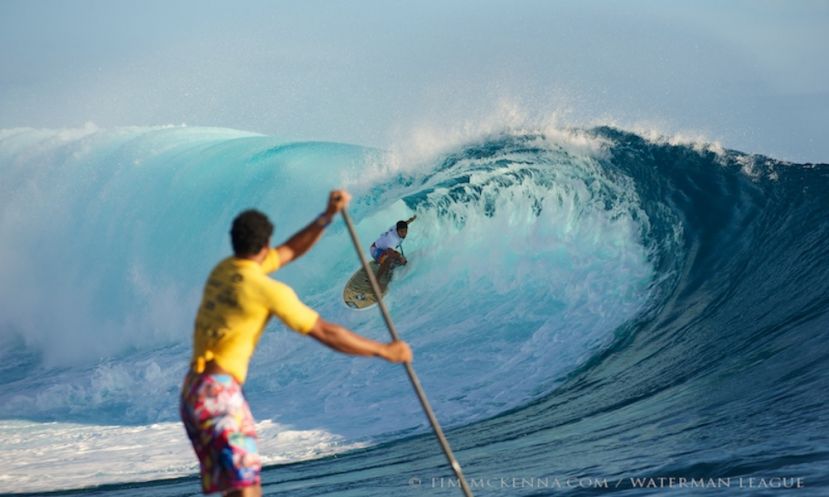 TAHITI, French Polynesia - The Stand Up World Tour Legacy was set in stone back in 2009 with the groundbreaking Contenders project, an event that changed preconceived notions of the sport of Stand Up Paddling for good.

With a handful of legends in attendance, the outer limits of the sport were pushed as they took on the powerful barrels that only Tahiti can offer for a historic display of performance Stand Up Paddling.

Moving onto 2010 and 2011, Sapinus provided the most dramatic conditions imaginable as the World's best were met with epic Tahitian barrels to provide some of the most exciting surfing the sport had ever witnessed, as Tahitian talent rose to the top, and international stars were made. In 2012, it was a different playing field, as high performance surfing became the order of the day, as a different kind of action saw the new school talent step up to be counted

Fast forward to 2015, and after a 2 year hiatus, the Sapinus Pro Tahiti is back in full force, as the World's best will head down to Tahiti from the 30th May - 6th June for Stop 2 of the 2015 Stand Up World Tour and an event to remember.

The Sapinus Pro Tahiti will as always feature an Open Trials event to allow fresh new talent to rise up the ranks of the Stand Up World Tour. New for this year though, is th 36 man format for the Main event, as the Top 28 will earn direct entry into the Main Event, joined by 4 wildcards and the Top 4 from the Trials event. In addition, as with all Stand Up World Tour events, there will be a Na Kama Kai Youth division to embrace the sport's future Champions, as U16 athletes will hit the water to show what they are made of.

Entries are open now at: sapinusprotahiti.eventbrite.com, and pre event entry is now mandatory for all stops on the Stand Up World Tour. Travel specials with our partner Air Tahiti Nui and accommodation options will be online this week at www.watermanleague.com and for more information, email [email protected]

More in this category: « Air France Paddle Festival 2015: Event Highlights and Full Gallery What To Expect At The 5th Annual Carolina Cup »