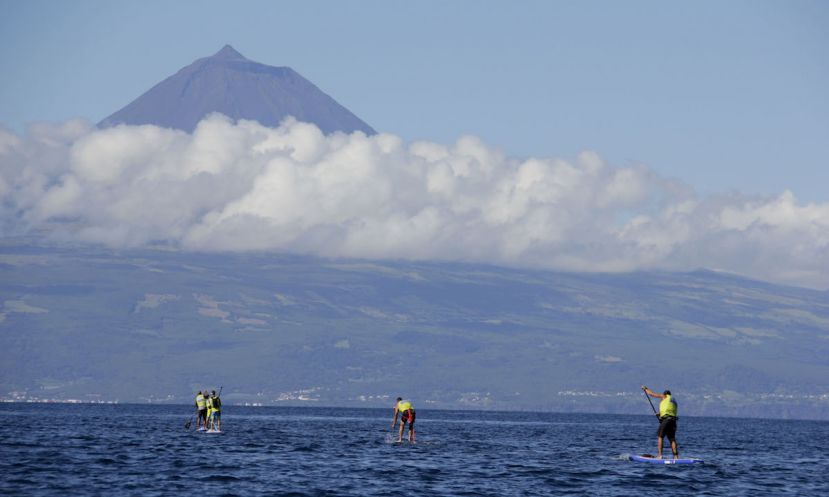 AZORES ISLANDS, Portugal - The São Jorge 2 Pico Challenge was held on July 30 for the third consecutive time of the mythical crossing of the channel between the islands of Pico and São Jorge. This year the São Jorge 2 Pico had a record participation of 20 athletes, it has been growing in number of participants year after year, which shows that those who come to participate love it and bring friends when they return.

Internationally the event counted with the presence of two Italians, brothers Leonard and Claudio Nika as well as a Russian athlete, Vlad Saveliev, resident in Finland which travelled a spectacular 4500 km, two flights and a ferry ride, to be present in this year’s event. However, the strong participation was national athletes, with a record participation in female class with four participants. 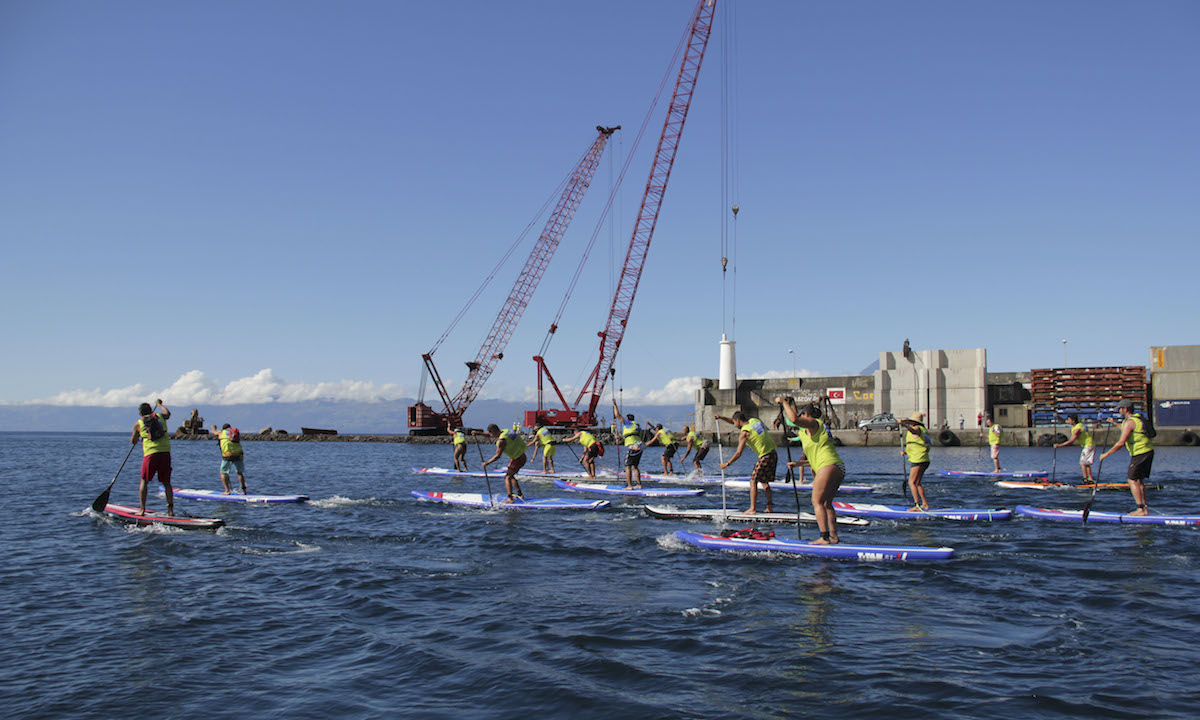 It was beautiful to see athletes with three months experience of SUP to cross the channel, as was the case of Benedita Simas, and see mother and son paddling together, Maria Pimentel and Sebastian Furtado. These amateur athletes showed that with strength and will it is possible to complete this crossing which is considered one of the most challenging in the European SUP scene.

The conditions were fantastic with little swell and light wind from the north quadrant, which allowed a few moments of downwind during the crossing. The weather was with clear sky allowing athletes to paddle at the sight of the island of Pico in the background revealing the mountain in all its beauty. 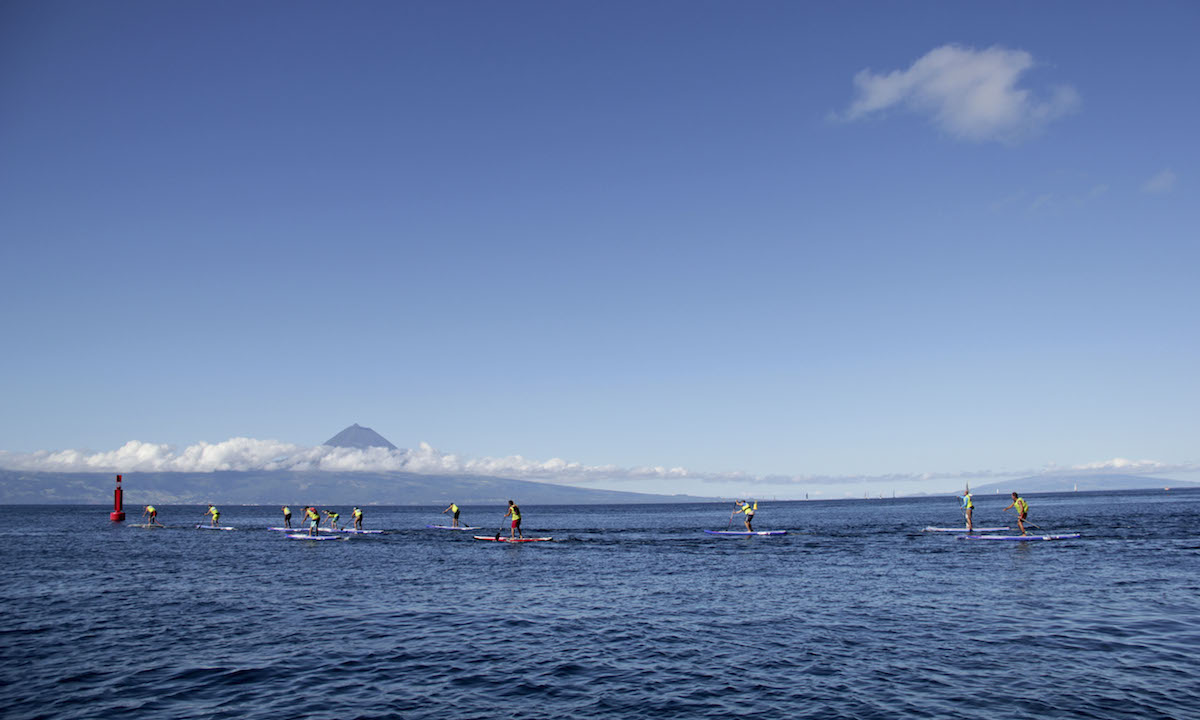 The men's class was won by Leonard Nika, the best European athlete with the spectacular time of 2 h 11 min, second was his brother Claudio Nika, third a Portuguese athlete Tiago Campos followed by his friend Rui Ramos. Fifth and recovering from an injury the athlete from Ericeira Neil Vasa, a true pioneer of this event along with his two great friends, Pedro Gois and Oscar Cardoso, that were present in the last three editions of são Jorge 2 Pico.

In the ladies first place was Angela Chevarria Fernandes, who came from Moledo in the north of Portugal, the best female Portuguese SUP athlete and bronze medal of the ISA European SUP championship, second, Benedita Simas from Cascais and third Maria Pimentel from Ericeira. Everyone had a share of the prize money of € 2,500 offered by the Azores Regional Government and Tourism of the Azores. 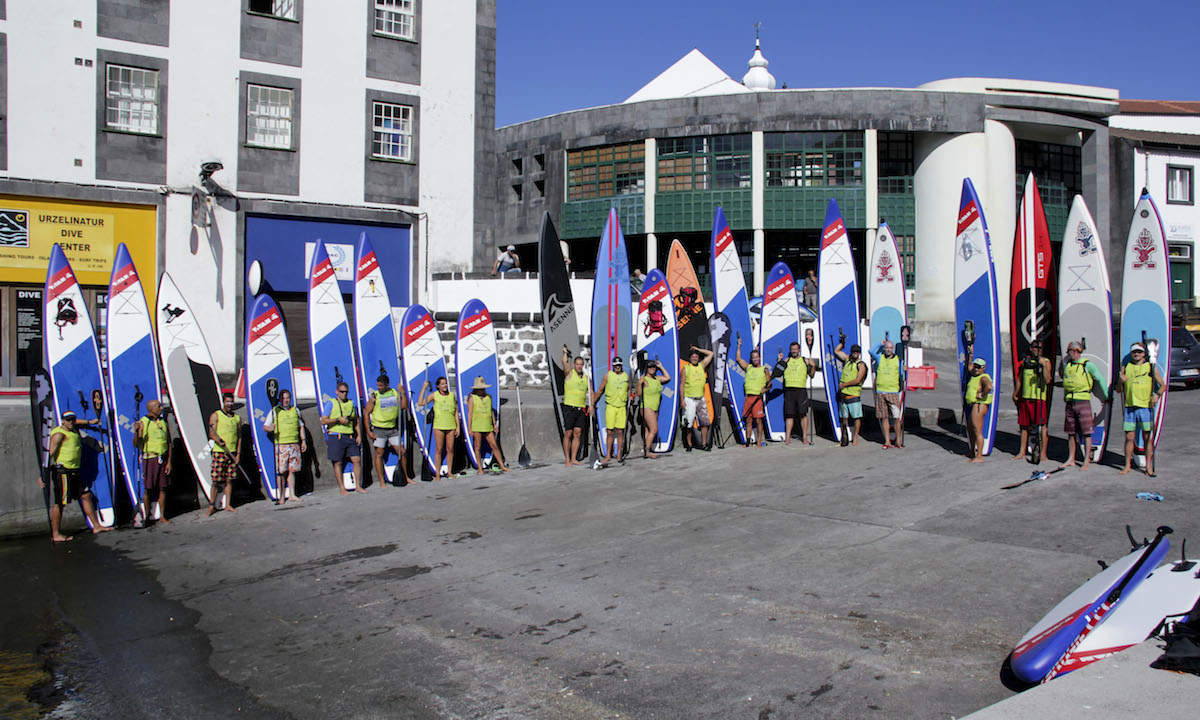 According to the event organizers, TITANSUP and Azorean Dream, the event was a success! Safety of athletes was paramount, since there were several participants in the competition with little experience. This year the race had eight support vessels with a ratio of one boat for every three athletes. The organization has sent a special thanks to the Maritime Police, ISN, Fire department of Calheta, Municipality of Velas, Municipality of São Roque do Pico, all support vessels, Azores Tourism, the Regional Government and Azores Airlines, as well as all the participating athletes, without whom it would not be possible to organize this event.