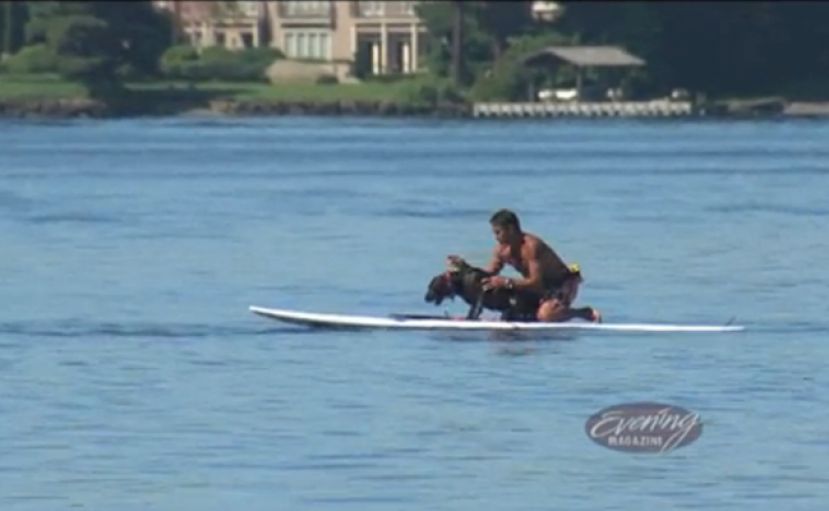 LAKE WASHINGTON, Washington - On Monday, July 28, at Lake Washington, a black lab was chasing birds, as many dogs love to do, and swam out in the lake much too far from shore. After paddling about 1/2 mile out into the lake the poor pup realized it was in over it’s head and it didn’t have enough breath or energy to make it back to shore.

Luckily, a couple bystanders realized what was going on, and helped to rescue the struggling pup. A swimmer swam out to help as well as a local paddleboard instructor who paddled out and got the pup on his board and paddled him to shore.

In what could have been a very unfortunate event, a couple of heroes saved the day and possibly a life. Hopefully next time, this pup will think twice before chasing birdies too far.

More in this category: « Paddleboarder Gets Too Close With Whale PaddleFit Launches Affiliate Program »