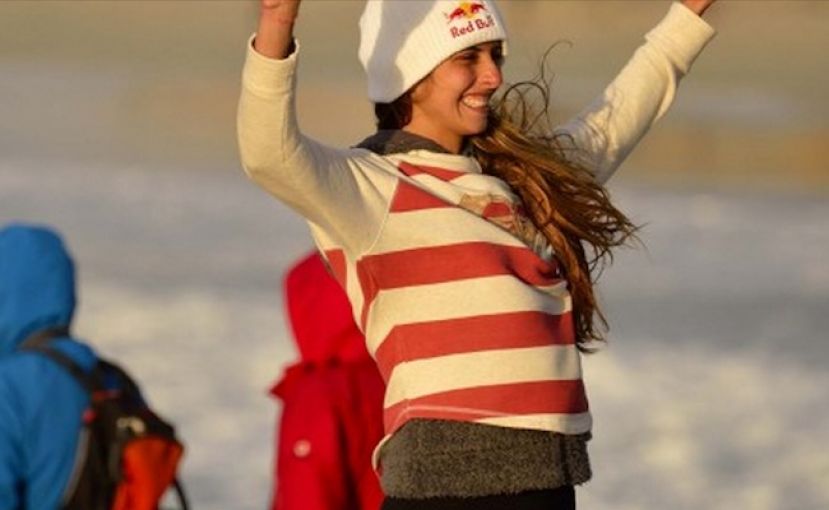 LA TORCHE, France - After a steller year of competition, Brazillian Nicole Pacelli was crowned the first ever Women's Stand Up World Tour Champion at the La Torche Pro in France last weekend. The event was her final hurdle in her campaign, and after getting knocked out in the quarter finals she was forced to sweat out the final stages of competition. This is a milestone for the SUP community and a great acgievement for a great competitor. Vavina Walsh (Starboard) placed third in the event, pushing her up to the number two spot overall, also capping off a great year for the young star. Izzy Gomez (Starboard) won the La Torche Pro in trying conditions, making it two-for-two after an amazing win at the Turtle Bay Women's Pro. For more, check out this clip of the final day action: 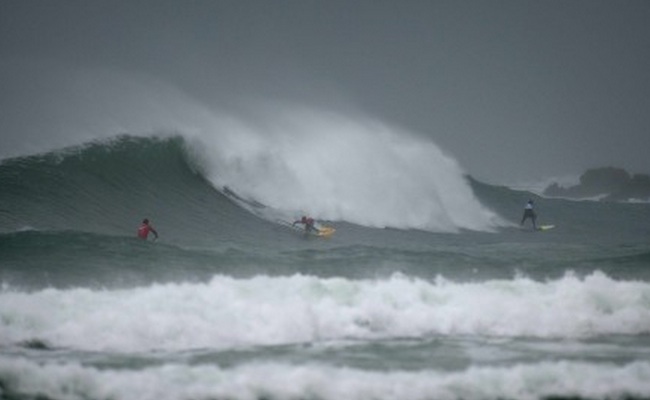 Kai Lenny's comfort in big and small waves is phenominal

Press relase from the Waterman League - The La Torche Pro France presented by Naish and Twenty-Nine saw a spectacular finish for the Men's division, with waves that more resembled Sunset Beach than what you would expect from this North West corner of France. In solid 8ft surf, Kai Lenny (Naish) put on a clinic of high performance stand up paddle surfing, taking the win here at Stop 4 of the Stand Up World Tour, and as a result, securing the 2013 World Title. With 3 Surfing World Titles and 2 Racing World Titles, Kai has proved himself to be the most dominant figure in the sport, with 5 World Titles in 4 years across both Surfing and Racing. Having just secured the Racing World Title a few short weeks ago at Turtle Bay, Kai completes a stellar year in conditions that were nothing short of epic, making it two out of two. 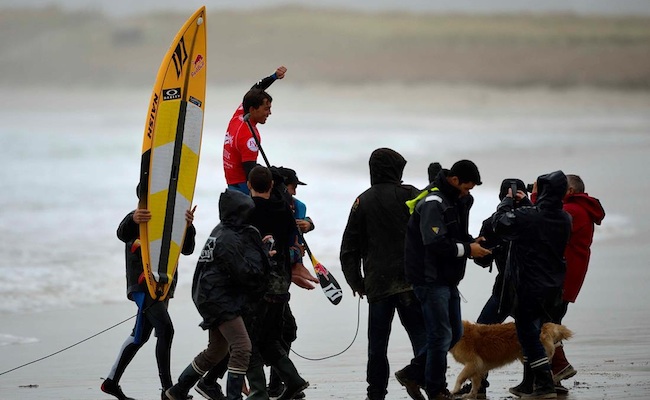 Caio Vaz (Art in Surf) finishes the year strong here at the La Torche Pro France, securing another Finals berth and 2nd place finish to add to his second places in Brazil and California. While Caio wasn't able to secure the World TItle he was looking for, it has been a great year for the young Brazilian, as he has proved himself in both big and small surf, as he will regroup and work towards a possible title in 2014. One thing is for sure, Caio Vaz is a real force to be reckoned with and is one of the most dynamic and charismatic athletes on Tour.

With strong performances day after day here at the La Torche Pro France showing that he was one of the on form surfers of the event, Justin Holland (Starboard) from Australia set the standard for the day with some of the most powerful surfing of the event so far, in full size surf.

Unfortunately, he came up against an unstoppable Kai Lenny (Naish) in the Semi Finals and was unable to find the form he had in his quarterfinal heat, relegating him to the consolation final. However, there he once again put on a powerful performance, finishing in an impressive 3rd place in this all important climactic event of the year. This result puts him into 8th place overall for the year, with two 3rd place finishes, but lacking a 3rd strong result this year to be able to better his overall position. Nonetheless a real statement from the powerful Australian and a testament of what is to come from him in 2014 and beyond.

Here is the Top 8 from the La Torche Pro France, presented by Naish and Twenty-Nine: