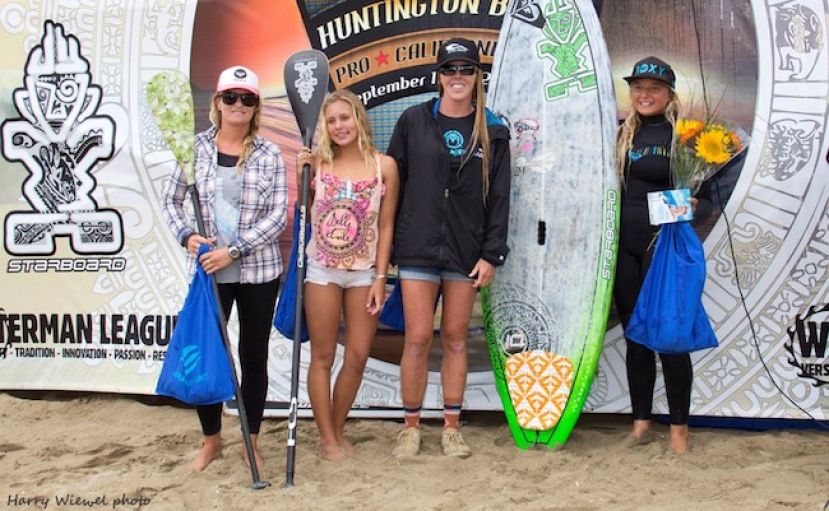 HUNTINGTON BEACH, California - For those of you who don't know, this is the first year that the Stand Up World Tour has had a full blown women's tour! ·They are competing in 4 competitions throughout 2013 and the 3rd stop just occurred at Huntington Beach in Southern California.

Upon the conclusion of the event, just about a day ago, some of the biggest news involved the young and talented Izzy Gomez (Starboard) from Florida.  She surfed extremely well beating out all the other women to take home the title.

Izzy surfed an intense final heat against the ever impressive Candice Appleby and after winning advanced her 15th place standing on the tour to 6th overall in the world rankings by the tour. The final event in the Women's Stand Up World Tour will take place in France in about 1 month, October 2013.

The Stand Up World Tour has been diligent in reminding everyone that, "Each athlete will be able to discard their worst result after France is completed, with their 3 best finishes counting towards the overall rankings." This leaves the door open for many of the top contenders to take the 2013 World Title.

Kai Lenny (Naish) from Maui was the men's winner of the Huntington Contest.  He put on an incredibly impressive show and even posted an 18.57 in round 4!

According to the world tour Kai performed, "a mix of high performance, crisp turns and progressive maneuvers, inclusive of a number of well executed aerials..." If he keeps up this type of SUP surfing, it's very possible that he will become the 2013 SUP Surf World Tour Champion.