Awards
updated 7:00 AM PDT, Sep 29, 2022
Headlines:
Weekly Recap 09/27/2022: Welcome to the Supconnect Weekly Recap,
Young Talent Steals The Show At The APP : Over the weekend, the inaugural stop for
How to Choose Gear for SUP Yoga: As one of the leading voices in the SUP
River Running Basics on a SUP: If you’re testing the waters and interes
How SUP Can Help You Deal with Stress an: SUP has a lot of benefits, both physical
Paddle Boarding County Kerry, Ireland: County Kerry is made up of four differen
Best Stand Up Paddle Boards For Dogs: If you have been thinking about taking a
Weekly Recap 09/20/2022: Welcome to the Supconnect Weekly Recap,
Baxter & Zilg Hold Onto Rankings Lead Af: Over the weekend, Stop #2 of the APP Rac
Fall SUP Gear Guide 2022: Seasons are a-changing' and fall colors 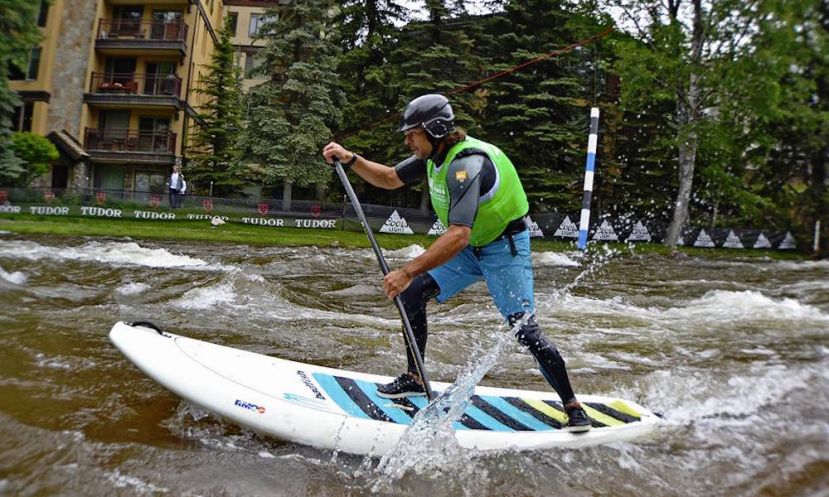 VAIL, Colorado - The GoPro Games really outdid themselves with the stand up paddle events this year. The number of competitors was higher than any previous year having close to 100 SUP athletes registered for the event. They spiced things up with the start for the SUP Cross event and they kept the crowd on their feet with the SUP invitational event.

The starting list of competitors was at an all time high. Not only was the number of competitors crazy, the level of competition that showed up was spectacular. Spencer Lacey from Boulder, Colorado had an impressive performance and took first place in both the cross and the down river sprint and came in second behind an on-form Mike Tavares in the SUP Skills Invitational. For the women, Rebecca Giddens took first place in the down river sprint, Camille Swan took first in the SUP Cross and Natali Zollinger took the top spot in the SUP Skills Invitational.

The race director added a unique start to the SUP Cross event which made it all the more exciting for both competitors and spectators. Paddlers lined up on land holding their boards and paddles facing the water. At the start, competitors run and dive onto their boards into the water. This unique start helped eliminate any advantage to starting position. The SUP invitational race allowed the crowd to see SUP at its finest. This event being an invitational ensured the crowd to watch top competitors in the sport. The course for this race was very technical and completing it clean was quite a show!

Overall, the event was one for the books and big kudos to GoPro for putting on another great event this year for the 2016 GoPro Mountain Games. Check out highlights from all the action courtesy from photographer/filmmaker Paul Clark Below.

Website: /Mauer Email This email address is being protected from spambots. You need JavaScript enabled to view it.