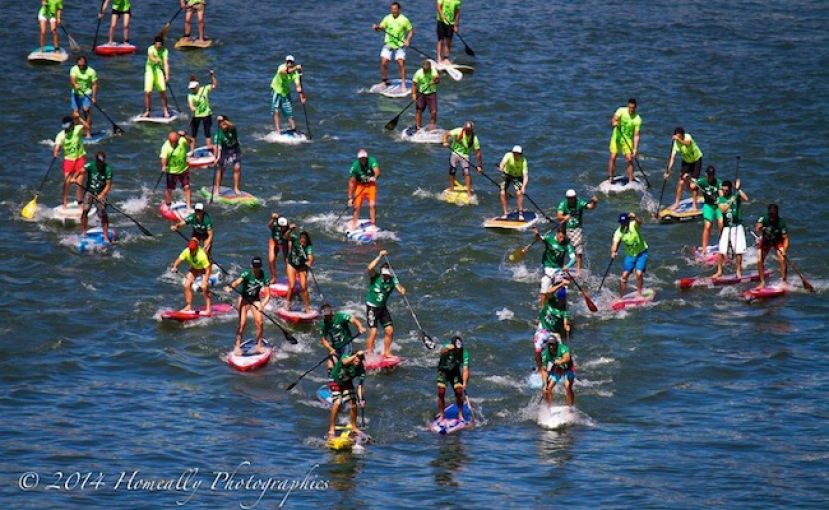 SAN DIEGO, California - This past weekend was packed with SUP races and entertainment. In Colorado, the GoPro Mountain Games were filled with adventure and excitement. In Santa Monica, CA the Santa Monica Pier Paddleboard Race and Ocean Festival was a huge success with an awesome turnout and tons of fun. Then, all the way across the Atlantic, stop #1 of the European CUP at the Bilbao World SUP Challenge saw fierce competition as dreams were shattered and obstacles were overcome. 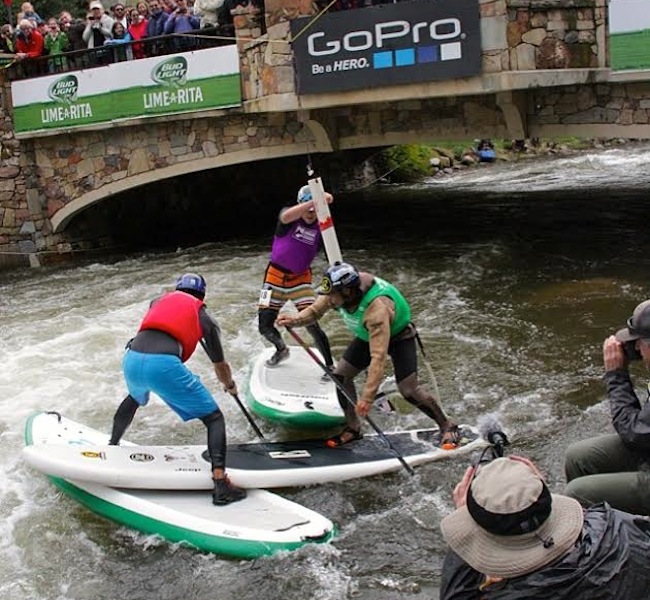 Mike Tavares, Slater Trout and Masayuki Takahata get too close for comfort!

The GoPro Mountain games had an incredible turnout and had tons of the elite athletes competing for the crown. FCS athletes Dan Gavere, Slater Trout, and Mike Tavares, among others, all competed in the games and did very well. Mike came in 2nd place over Slater who came in 4th. To add excitement and drama to the event, Dan Gavere actually lead the race coming in in first place, but unfortunately due to a technicality of not registering or wearing his bib, he was ineligible for the win… what a rebel! “This was honestly one of the hardest SUP cross races to date!” said Mike Tavares. “Super strong athletes in every Round! Whitewater SUP was showcased like never before this weekend at the #gopromtngames! Congrats to everyone who was out there!” Slater, who narrowly missed out on the Super Final said, “This was another crazy river race in the books. River races are another animal.”

All three FCS athletes were using FCS six-inch dolphin soft flex fins for performance over the rocky shallows in Gore Creek. When describing his experience with the fins Mike T. said, “We run the soft flex. They give you stability and direction but will bend when you hit a rock absorbing some of the shock. This helps keep you on your feet and protects you from blowing out your fin box.” 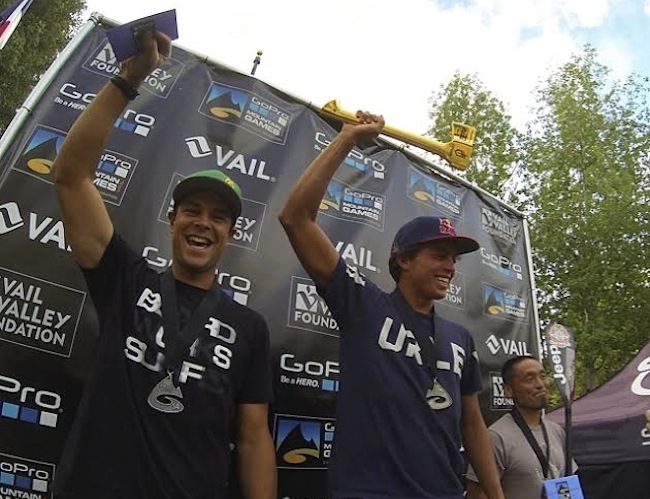 Mike T. (left) is all smiles on the podium with his 2nd place result.

After coming off of a win at the Hobie Hennessey’s Waterman’s Challenge last weekend, in which teammate Anthony Vela also came out on top, Candice came right out of the gates at the Santa Monica Pier Paddleboard Race and completely dominated. Candice won two prone paddleboard races and the Elite Sprint SUP race which immediately followed the Sprint Prone 10’6” race that she won. Candice was stoked on her performance saying, “Yesterday's Santa Monica Pier Paddleboard Race was so much fun. I'm overjoyed to have won three events (5.5 Mile Distance Elite 12' Prone, and both the SUP & 10'6" Prone Tommy Bahama Paddle Cross Surf races). Above all it was a great day at the beach with friends, celebrating what we love to do.”

Candice and Anthony were both using the signature Candice Appleby 9 inch race fin for both weekends in which the superlight, more strokes per side, kelp shedding machine kept them well ahead of the competition! Anthony described the fin saying “the CA fin works well in open ocean, and in the surf!" 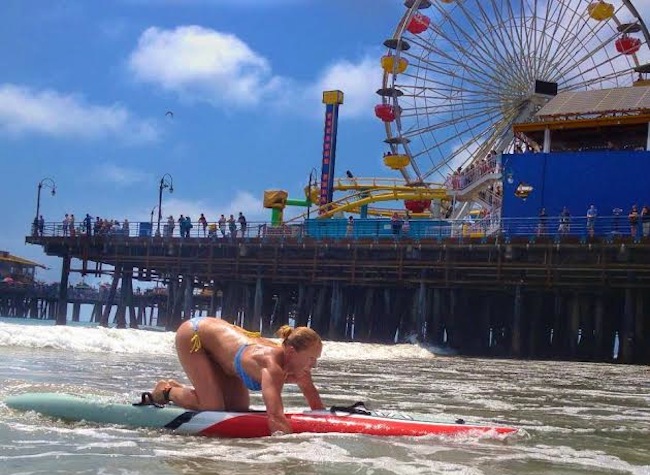 Candice Appleby paddles in for the win at Santa Monica Pier.

Across the pond at stop #1 of the European Cup at the Bilbao World SUP Challenge, team riders Casper Steinfath and Zane Schweitzer raced for their lives and both took home a win. Casper took the win in the sprint race and 6th in the long distance race, which gave him an overall rating of 2nd for the event. “What an awesome weekend of racing here in Bilbao!” said Casper. “I’m happy with my 1st place yesterday and 6th place today which gives me a 2nd place overall for the event!” Casper used a new prototype low profile FCS race fin he has been testing that we plan on announcing in the near future.

Zane Schweitzer came into this event with a bit of bad luck when all of his belongings and race gear were lost by the airlines on his trip over from Tahiti. In somewhat of a Cinderella story, Zane was able to borrow all of the gear he needed and ended up winning the long distance race. “Against all odds it only makes this win so much more special” said Zane. “Airlines lost everything of mine, forcing me to borrow clothes, a board I never have raced on, a paddle that was way too big and long and even a camel pack that wasn't mine! Thanks for the support everyone, I’m stoked on my first world title for the year!!!!!” Although Zane was using borrowed equipment, he was able to use the Slater Trout fin in the races, a fin which he is familiar with. When describing the fin Zane said, “it’s a great light fin for a nice tacking line and sharp turns.” 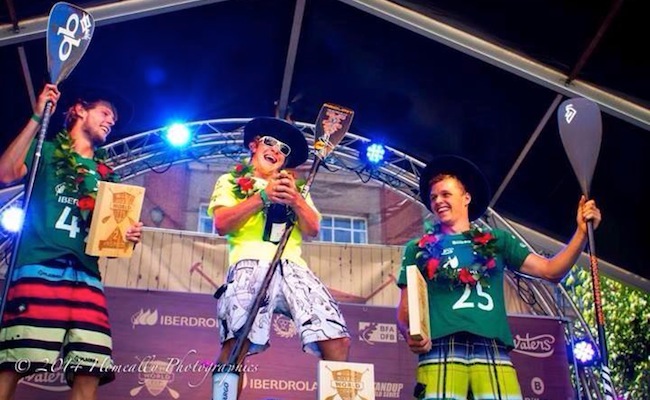 A visibly stoked Zane (center) celebrates his win at stop #1 of the European Cup.

At FCS we are beyond stoked with the successes of our athletes this past weekend! Congrats to all of our athletes! We can’t wait to see how the rest of this year unfolds and we look forward to dominating the SUP scene once more!

More in this category: « "World's Richest Prize Purse" for SUP Event Now Open for Registration FCS Paddle for the Gulf at Outdoor Expo »