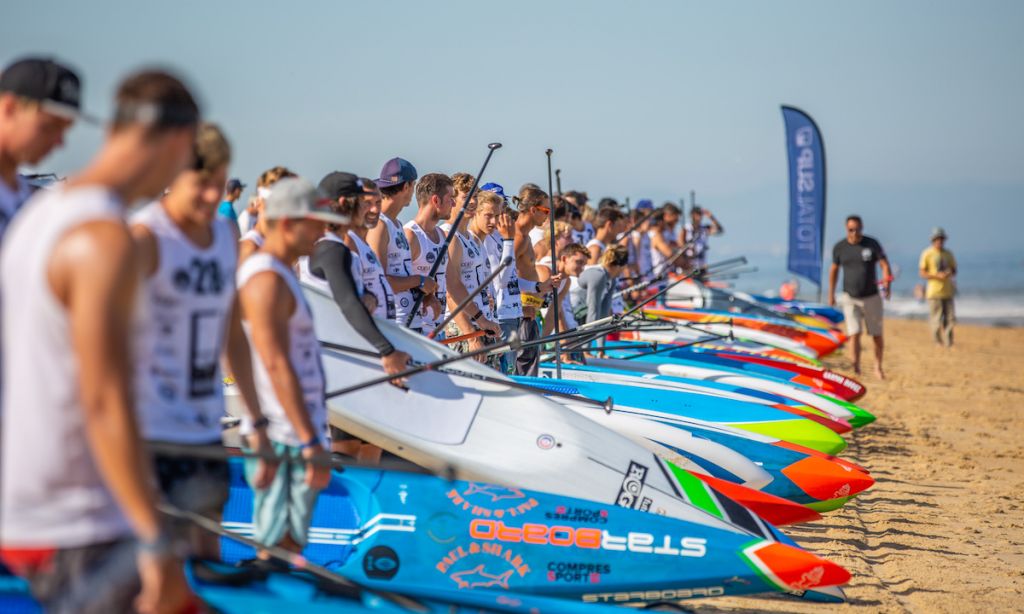 HOSSEGOR, France - We are deep in the midst of racing season and things continue to get more interesting. Last weekend the elite SUP field took over the southern commune of Hossegor in France for the Hossegor Paddle Games - stop #6 of the Paddle League World Tour and week 8 of the Euro Tour. The event saw many of the world's top talents in attendance, as well as local amateur athletes and the birth of a new Paddle League “Dash For Cash” competition. However, despite having a great field of paddlers ready to compete, disorganization and confusion from the event organizers lead to a chaotic elite race start and misconduct of official boats and jet-skis. The issues clearly affected participants’ experiences and results, with many athletes speaking out on social media as well as an official joint statement released by the Paddle League and Euro Tour. 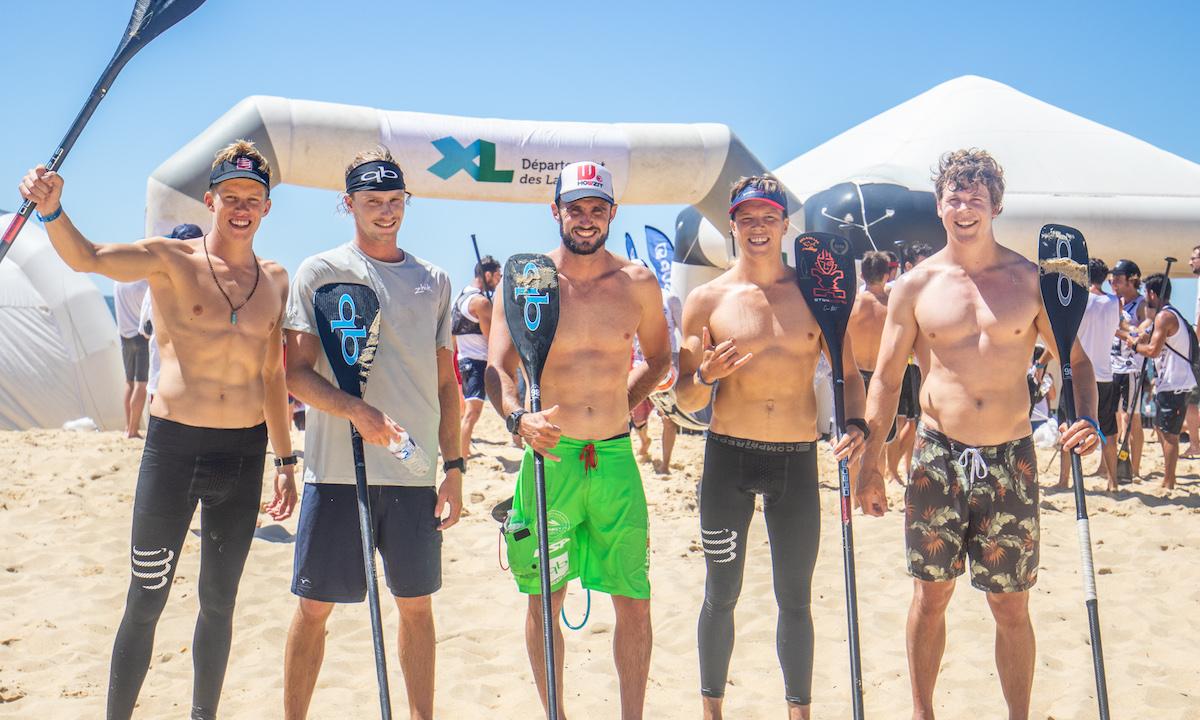 Saturday kicked off with the elite race, a 7k challenge that incorporated flat water, open ocean, wind, and small waves. With one of the strongest elite fields the season has seen so far, matched with a challenging course, tough conditions, and a chaotic start, the race was nothing short of a battle.

Due to major confusion between event organizers and racers, some paddlers, including SIC's Martin Vitry, Rogue's Mo Freitas, and NSP's Titouan Puyo, started 100-200m behind the rest of the pack. Despite this initial setback, Titouan was able to fight his way from 40th to 1st, prevailing as the impressive victor of the day. Lincoln Dews, who lead the pack early and maintained his form throughout the race, was a close contender for first but ultimately finished as runner-up. In brotherly fashion, Hungarian brothers Daniel Hasulyo and Bruno Hasulyo finished third and fourth respectively. And Air France Paddle Festival champion Marcus Hansen rounded out the top 5, proving that his early Paddle League World Tour victory was no fluke. With his win, Titouan has officially knocked Michael Booth off of the first place spot on the EuroTour Leaderboard, however with the Scharbeautz race in Germany this weekend, Michael Booth will likely show up guns blazing. 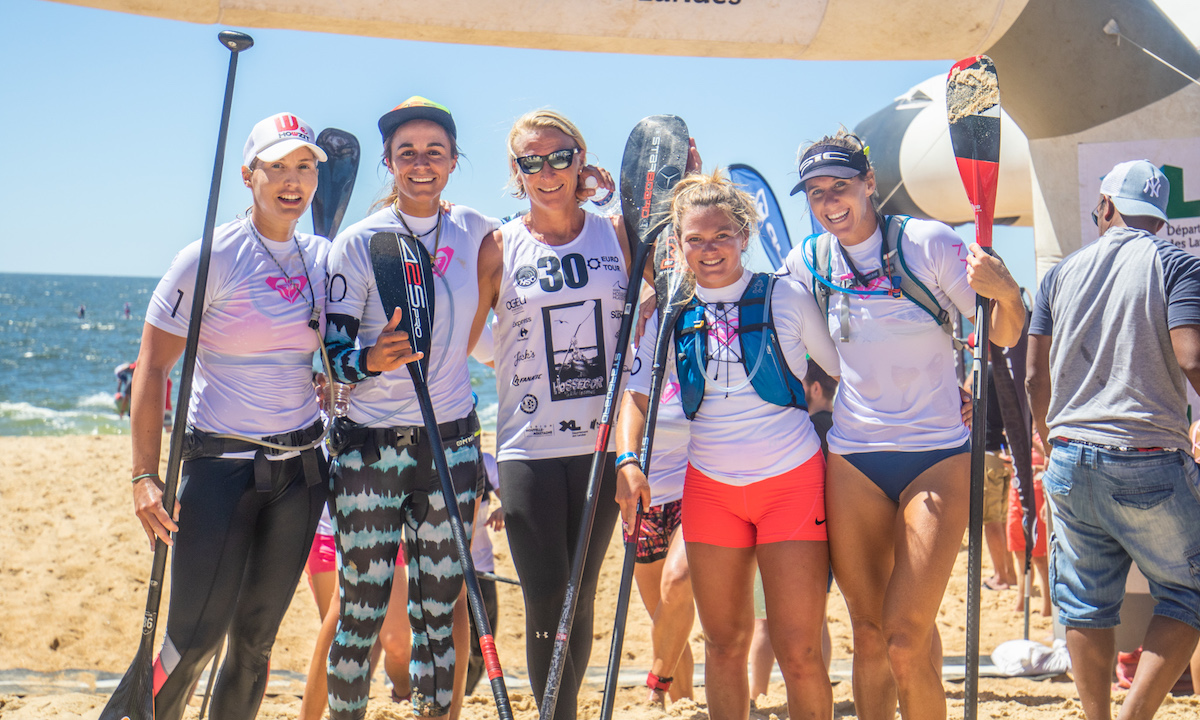 The Paddle League World Tour dominating force Sonni Honscheid returned to the top of the podium in Hossegor after her first defeat of the season in Bilbao two weeks ago. The Starboard athlete had an early lead, breaking away in the chop and increased her gap with the help of moderate winds and jetski riders nearby, ultimately winning by over a minute.

Fiona Wylde and Olivia Piana battled it out for second in the final half of the course, but Olivia eventually pulled away to secure her second place spot on her home turf. Despite having an unfortunate neck injury leading up to the event, SIC's Seychelle Webster looked strong in the field and was able to claim fourth place following fellow American Fiona Wylde in third. Sonni's vintage performance earned her yet another 2018 victory and an even stronger hold of the Paddle League World Tour title, while Olivia's recent performances have landed her at the top of the women's EuroTour Leaderboard. 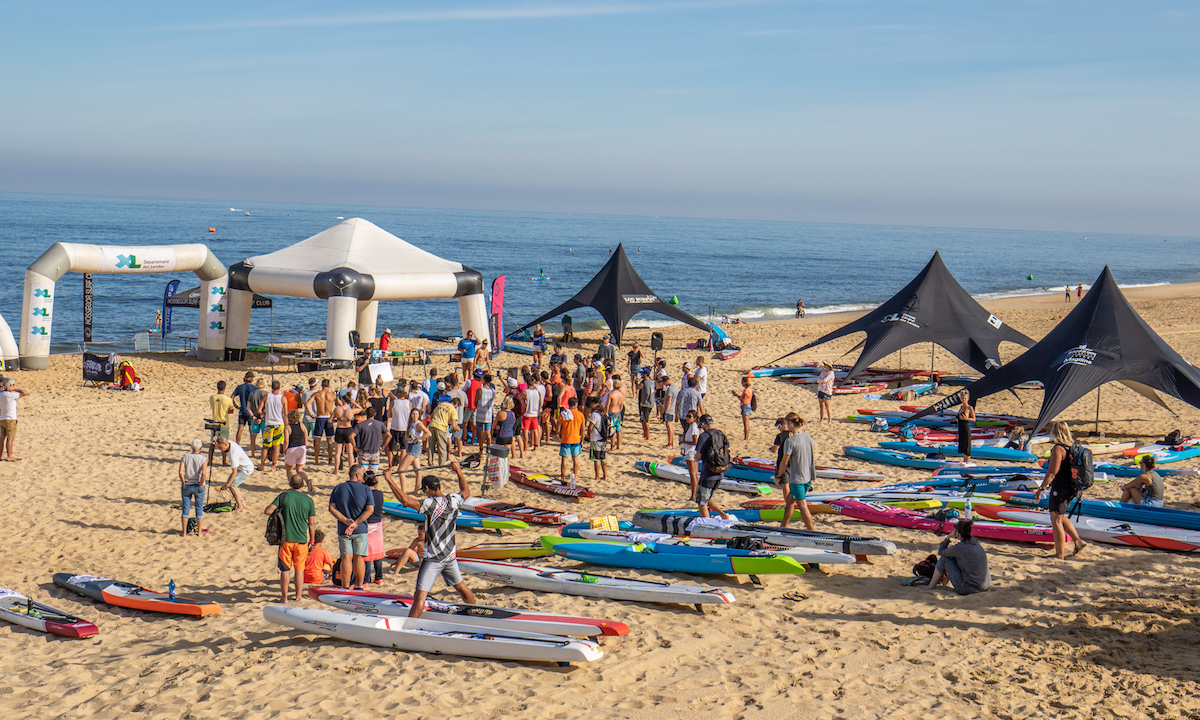 Even though it was a weekend of incredible performances from the world's most elite, the event was not as picture perfect from the inside. Confusion clouded Saturday’s elite race, with paddlers unfairly lined up at the start and official boats disregarding race regulations. In response to the misconduct, the Paddle League and Euro Tour released an official joint statement addressing the issues:

Thank you to everyone that was part of the 2018 Hossegor Paddle Games. It was a challenging weekend of racing with some great performances and fun new formats on show, however there were also major issues that we want to address.

There were several incidents with the organisation of Saturday's elite race, in particular the procedure for the race start and misconduct of official boats and jet-skis, as well as the quality of the local livestream production, which we find unacceptable for an international-level race in terms of fairness, safety and respect.

We want to make it clear that The Paddle League and the EuroTour take full responsibility no matter what the cause, and also that we'll be better focused on collaborating with event organisers that can help us deliver major, world-class events in the future to ensure this never happens again. The health & integrity of the sport is always our top priority, therefore neither The Paddle League nor the EuroTour will be working with events such as the Hossegor Paddle Games in the future.

We thank the athletes and fans for their patience and understanding -- we've learned some lessons that we believe can only help make the sport better in the long term. As always, you're welcome to message The Paddle League and EuroTour directly with any questions, comments and general feedback.

Looking ahead, we're excited to be reaching the peak of the European Summer of SUP in Germany next weekend, and we look forward to seeing you all on the water over the remainder of the season! 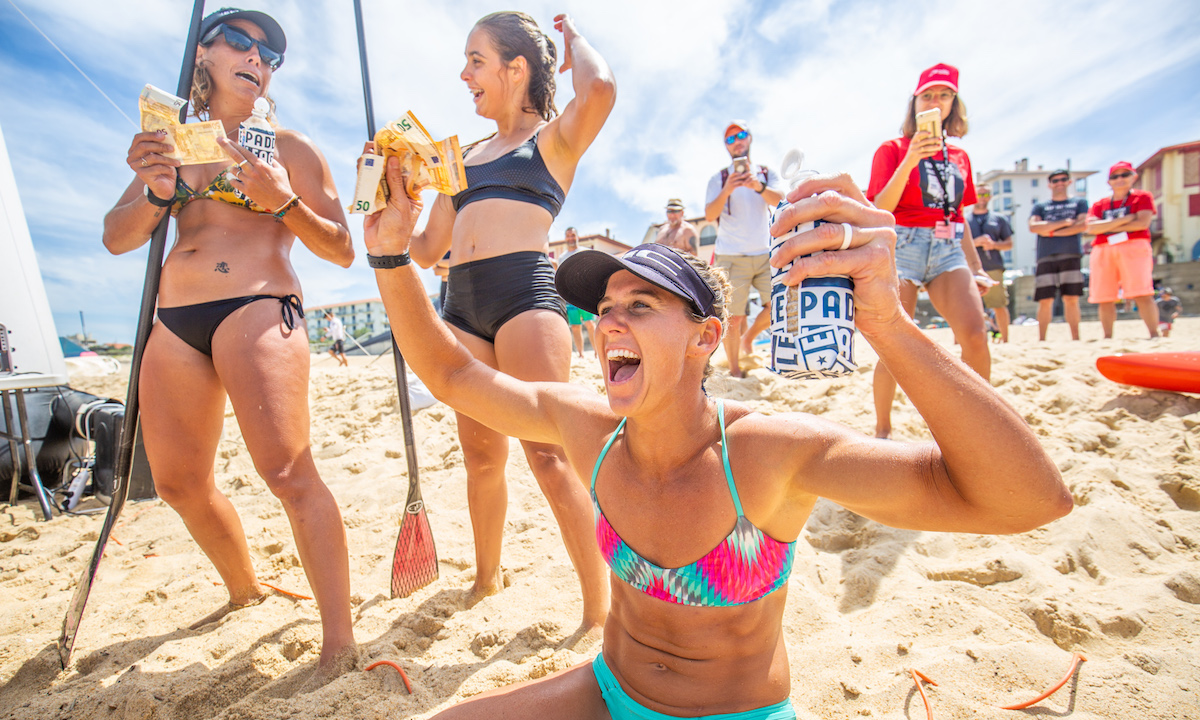 Despite the disorganization that tainted the day's events on Saturday, Sunday ended on a much more positive note with the awards ceremony and a new "Dash for Cash" event put on by the Paddle League. In the event, athletes line up 250m off the beach for a straight-line sprint to the shore. Once they hit the sand, they sprint on foot to grab one of the few "cash cans," which are bottles filled with random money amounts ranging from €20 to €200. The fun, lighthearted game was a great way to cap off the event, leaving paddlers with some great memories and even a little side cash.

More in this category: « Paddle at the Porch Returns to Destin on Aug. 18 Voting Opens for 9th Annual Supconnect Awards »