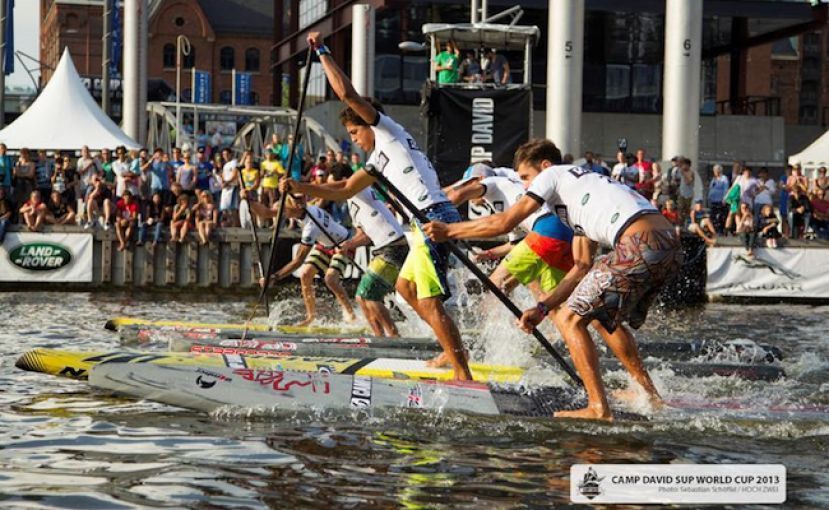 SAN DIEGO, California - Europe is the place to be this summer as the European Cup will be a highlight of the Summer Racing scene for the World of Stand Up Paddling. 5 spectacular events, a mixture of World Series and World Challenger Series events make up the Waterman League's European Cup, encompassing both northern and southen Europe for a line up of events like no other.

Here are the Stops:

Aside from each event's significance on both the World and Challenger Series, athletes' results across this European Series will count towards the Overall European Cup Title. Athletes' best 3 results from the 5 events will provide their overall ranking on the European Cup, as athletes will be putting it all on the line to lift the European Cup over there head in Rome, Italy in July. Watch it all unfold right here at www.watermanleague.com 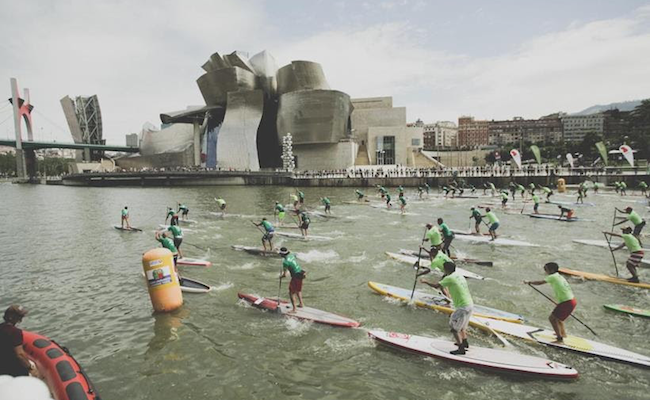 The Bilbao World Padde Challenge put the Basque Country on the map for SUP last summer with a breakout event that brought the world's best to the center of this magnificent City for a dramatic battle for the ages.

With hundreds of participants taking part in the 2013 edition, it was Connor Baxter (Starboard) and Annabel Anderson (Starboard) who took the honors in this historic race as the foundations were laid for a great future for the sport and the World Series in Spain.

In 2014, from the 6th - 8th June the Bilbao World Paddle Challenge will once again put the Basque Country on the map with this prestigious Opener for the European Cup and one of the biggest events on the Global Calendar. It will be an event not to be missed, so make sure to stay tuned as entries are opened online and tension mounts for the most exciting summer yet for SUP. 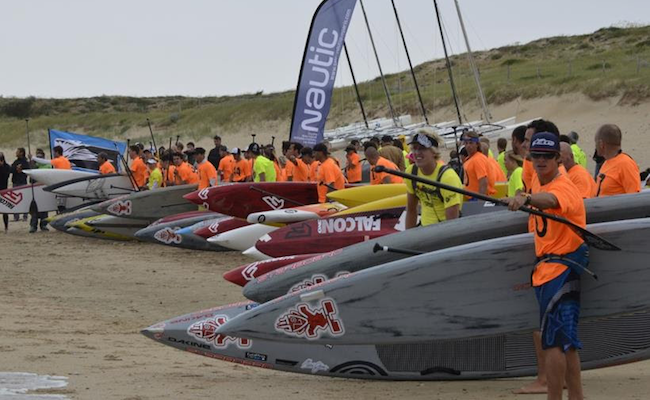 The Oleron Island Paddle Challenge is back in 2014 as a Challenger Series event and one of the prestigious stops counting towards the 2014 European Cup. Over the past few years, it has welcomed the world's best to its shores to celebrate the beginning of summer in a unique SUP destination at the heart of Europe. In 2013, it was a familiar story with Connor Baxter (Starboard) and Annabel Anderson (Starboard) taking the victories. While in 2014, the island will once again opens its arms to Stand Up Paddlers of all levels for this year's edition of the Oleron Island Paddle Challenge. Stay tuned as entries open for this stunning stop on the 2014 European Cup.

As an all new stop on both the Challenger Series and as a part of the newly formed European Cup, the Sieravuori SUP Masters is an exciting addition to the high profile line up of events this summer, as Finland showcases the allure of the destination and opens its arms to both the World's best, but also paddlers of all levels.

Lomakeskus Sieravuori is a stunning part of Finland that has long been a popular holiday destination, but that also provides the perfect backdrop for a paddling adventure and a unique location for this exciting new stop on the World Challenger Series and European Cup.

Entries will open for this $10,000 stop on the Series this week, so stay tuned to www.watermanleague.com and go to the event's facebook page at: Sieravuori SUP Masters

Fehmarn, Germany To Serve As Stop Number 3 Of The 2014 Stand Up World Series 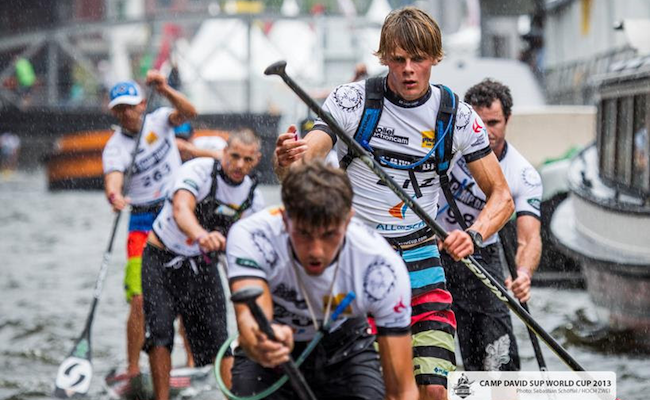 Fehmarn Germany will be the destination for stop number 3 on the 2014 Stand Up World Series, and stop number 4 of the European Cup. This high profile stop on the World Series has moved home in 2014 to the beautiful new venue of Fehmarn.

Apart from the appeal of the location at Fehmarn, the reason for the move is to allow our German partners, in conjunction with us here at the Waterman League, to fulfill our vision of establishing this event as one of the largest SUP Festivals in the World for years to come. The location will provide unique access to the sport for all, combining high profile World Championship competition with mass demo opportunities, unique hospitality elements and social activities to make it a weekend to remember.

With $25,000 prize-money for the pros and a full Open division providing something for everyone, the Fehmarn World Cup of SUP will be an event to remember in 2014, as entries open this week for the event that will run from the 18th - 20th July. Stay tuned to www.watermanleague.com 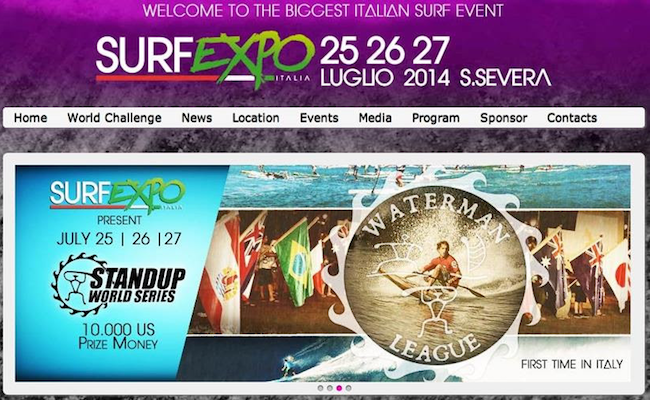 Now in its 16th year and well established as Italy's biggest Ocean Sports event and gathering, the Italia Surf Expo will now host a prestigious World Challenger Series event with $10,000 in prize-money, but also the climactic Finals to the 2014 European Cup.

Taking place at the beautiful Santa Severa beach in Rome below the Medieval Castle of Odescalchi from the 25th - 27th July, the Italia Surf Expo brings the Ocean Sports community together for a weekend of unforgettable action both on and off the water, as the World Challenger Series, European Cup and Waterman League arrives in Italy.

Entries will open this week for this $10,000 Challenger Series Stop at www.watermanleague.com and for more information on the event as a whole, please go to: www.italiasurfexpo.it 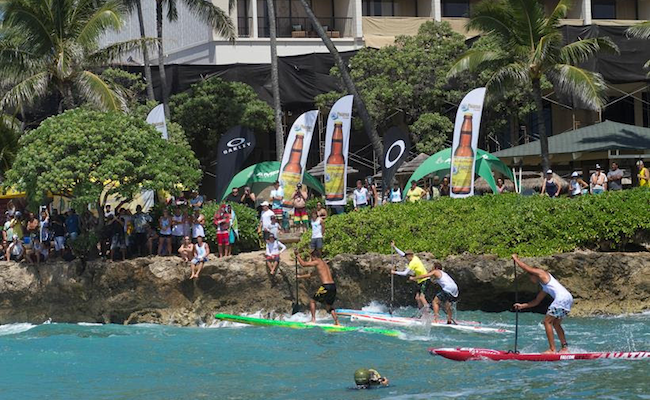 Turtle Bay, home of the Waterman League and to the Stand up World Tour & Series is proud to celebrate the 2014 European Cup with a 4 night stay at Turtle Bay for the prestigious World Series Finals in October for both Men and Women's European Cup Champions. With a full Series of intense Races leading to this climactic and dramatic finals, the scene is set for the fiercest battle yet, and it will all come down to this last weekend of action in 2014 as Men's and Women's World Champions are crowned.

As the World's best gather for the European leg of the Series, and battle it out at the European Cup, all eyes will be on the prize, so make sure to keep it right here at www.watermanleague.com and catch up on the latest happenings from Oahu's fabled North Shore at www.oahusfablednorthshore.com