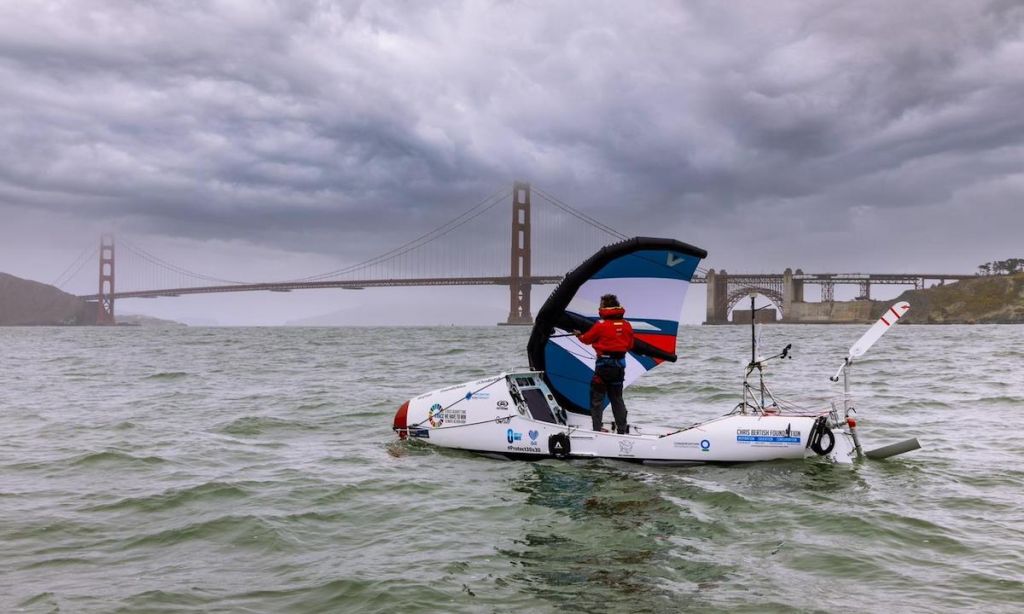 In June 2021, Bertish achieved a world record for the longest distance traveled on a wing-foil, solo and unsupported at 212 miles—the first milestone in his Transpacific Wing Project, a 2,550-mile journey by wing foil across the Pacific Ocean from Channel Islands Harbor Marina in Oxnard, California to Oahu, Hawaii, with a mission to raise awareness on climate change and climate action, while enriching minds through ocean conservation and ocean education.

During his initial launch from Half Moon Bay in June 2021, Bertish made the critical decision to temporarily halt the project and head into Morro Bay for repairs. Bertish’s craft, aptly named Impifish, incurred a couple of electronic issues that needed to be addressed and fixed. Once all of the electronics had been reworked, unfortunately Chris was outside of the weather window to be able to re-launch safely in 2021, whereby he and his team made the decision to wait for the start of the new weather window at the beginning of 2022, where Chris will be ready to launch at the end of May to the beginning of June.

This next attempt will require Bertish to complete the equivalent of more than two full marathons per day, winging a minimum of 8-12 hours per day, for over sixty days, unsupported and completely unassisted. It will be five days shorter than his previous attempt. This two-month-long record-making Transpacific Wing Project follows Bertish’s world first, 2017 solo, unsupported, Transatlantic stand up paddle crossing that garnered global attention and raised funds for a plethora of global charities. 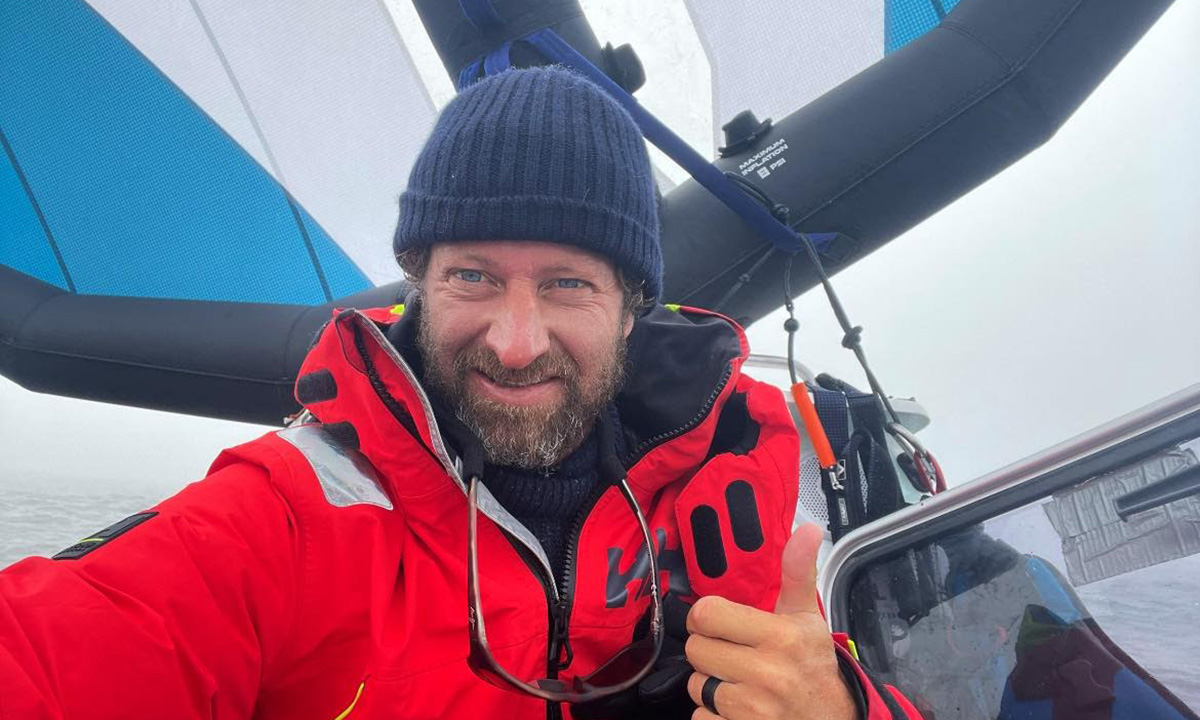 The Transpacific Wing Project craft was custom built for Bertish’s 2017 solo paddle journey across the Atlantic and since his last journey in 2021, has been completely overhauled and upgraded, from the hydrofoils added to the side of the craft, to the whole deck area and side walls being raised, updated and significantly modified with a more energy-efficient autopilot system that uses one third of the power of his previous unit, solar panels that are 30% more energy efficient than before, replaced steerage systems, a smaller, more energy-efficient and improved satellite communications systems, re-wired electronics system, re-configured charging and battery storage systems and utilizing power from solar, hydropower and wind systems.

“It was great to achieve a new wing-foiling distance world record last year, however, there’s a lot of work to be done to be able to complete the 2,550 miles journey over June, July and possibly the beginning of August, so I’ll hope for a great weather window to get away from land and then take it one day at a time from there. Like always, one step, one mile, one action at a time, just like dealing with climate change. All small actions all add up to make a massive change and impact. But we all need to start by doing one small thing, taking action, each and every day, in some small way,” said Bertish.

The Transpacific Wing Project will raise money and awareness for ocean conservation through partnerships with Conservation International and Sea Shepherd, all facilitated through the Chris Bertish Foundation, a 501c3 organization established in 2020 with the goal of building awareness, giving back and being a beacon of inspiration and positive change for youth and the world.

Chris will share a tracker on his 2,550–mile journey across the Pacific Ocean, posting weekly “Captain’s Vlogs” and sharing valuable ocean temperature, PH and plastic and noise pollution data which he will collect along the way. The team is also developing a first-of-its-kind live ocean classroom to give back to education during the expedition—in the middle of the Pacific Ocean. Chris will assemble and teach ocean-themed classroom sessions focused on ocean health and climate change challenges through solution-driven thinking on how all humans can minimize their negative impact, take action, and be part of the change we want to see in the world.

To get involved and stay updated as Chris relaunches his journey, join the adventure here.