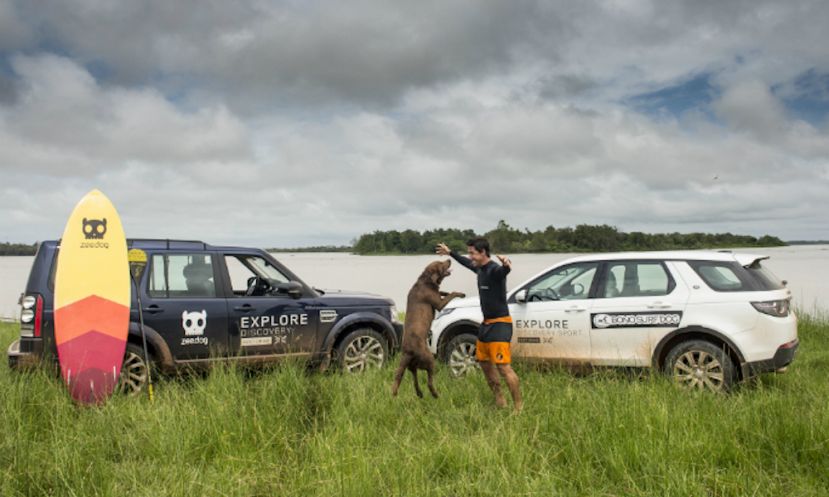 MARANHÃO, Brazil - Behind the excitement and acclaim of a broken world record, lies a story that lead to that one victorious moment. A story oftentimes of hardship, persistence, overcoming. A story that impresses us and inspires us. Guinness World Records recently announced a new broken record for the longest SUP ride of a human and dog pair, and the story behind it, although not painfully rigorous nor of epic proportions, is an especially heartwarming one. It's the story of what man and canine can accomplish together on a SUP.

Born and raised in Rio de Janeiro, Ivan Moreira grew up fully immersed in the ocean lifestyle. An avid surfer and waterman, Moreira was bound by water from his early years to his adult life, always searching for the biggest waves he could find.

"I am a soul surfer and have always had surf in my life. I grew up knowing how to surf with any kind of board - small boards, long boards, paddleboards, but my favourite were the kinds that allowed me to surf big waves. I loved the sport so much," says Moreira. 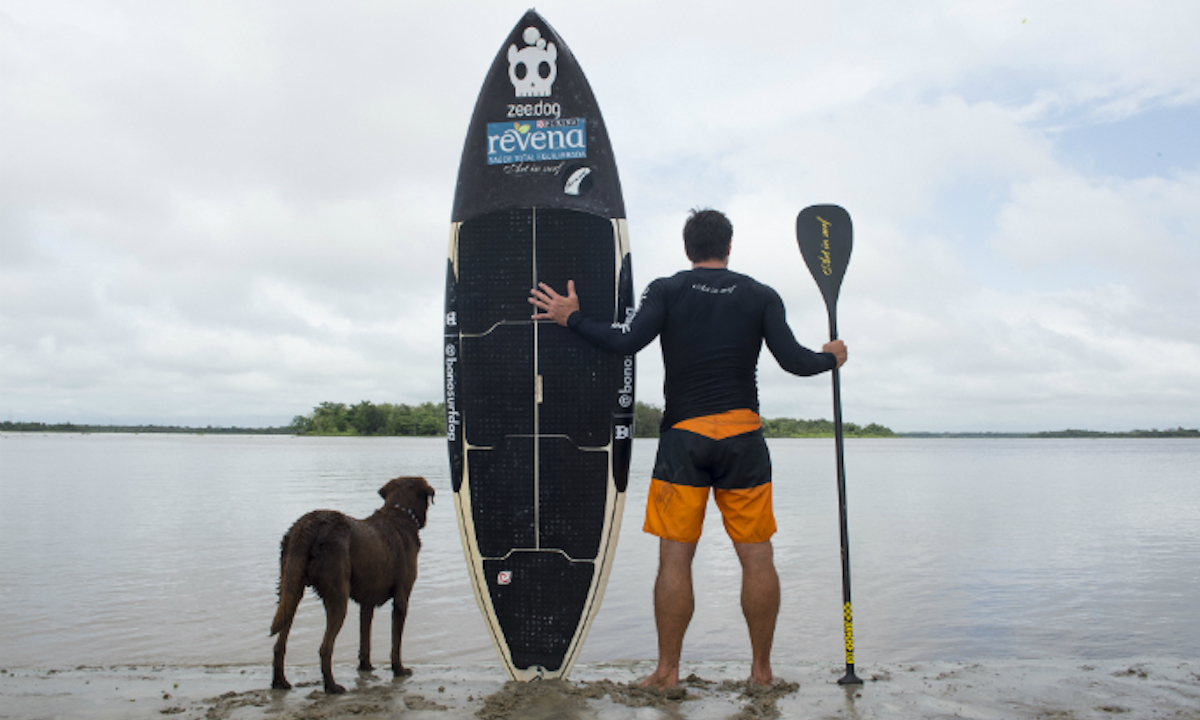 He was addicted to surfing and the richness it brought to his life. The only thing that was missing was a companion. So when his then-wife brought home an adorable chocolate labrador puppy one day, he knew he had found the perfect beach pal. Bono, named after a Brazilian chocolate cookie, was blue-eyed and as happy as they come. He became Ivan’s shadow, following him everywhere, including the beach.

In the beginning, he would just watch his master surf from the shore. But when Ivan brought out a new paddle board one day, Bono’s interest seemed to be sparked. Like usual, Ivan headed towards the water with his board in hand, but this time, as he started to paddle out, he heard a splash behind him. Bono had decided he was coming for the ride!

"It was the first time I realised Bono could do something incredible. He jumped on the board which was already in the water and started to shake his tail and bark," says Moreira. 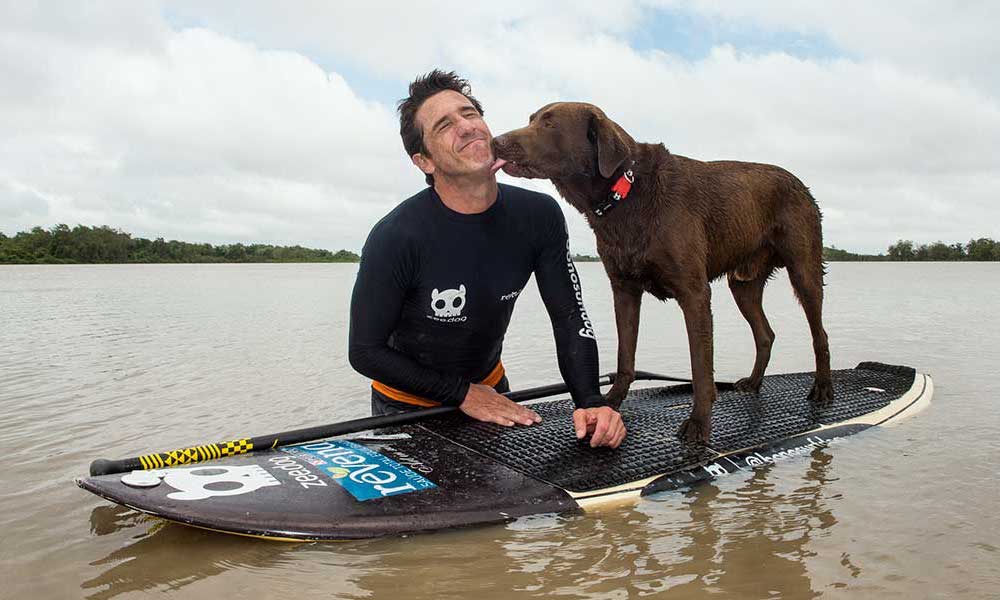 From there on out, the two became a dominating tandem SUP team. Ivan learned not only how to paddle board, but how to paddle board with a four legged friend on board as well - no easy feat. They trained every day, figuring out how to navigate surf together and how to deal with different water conditions.

They experimented with both SUP and surf. After mastering tandem surfing, even winning two first place titles at the Surf Dog Competition in Huntington Beach, California for back-to-back years, Moreira was eager to excel in tandem stand up paddle. And not just on a personal level. He wanted to earn the world record for longest stand up paddle board ride on a river bore by a human and dog pair.

"Our relationship is beyond this world. Our goal was to make something could last forever, so we tried to set a record in the world’s most famous book, Guinness World Records, to eternally preserve our accomplishment in history," explains Moreira. 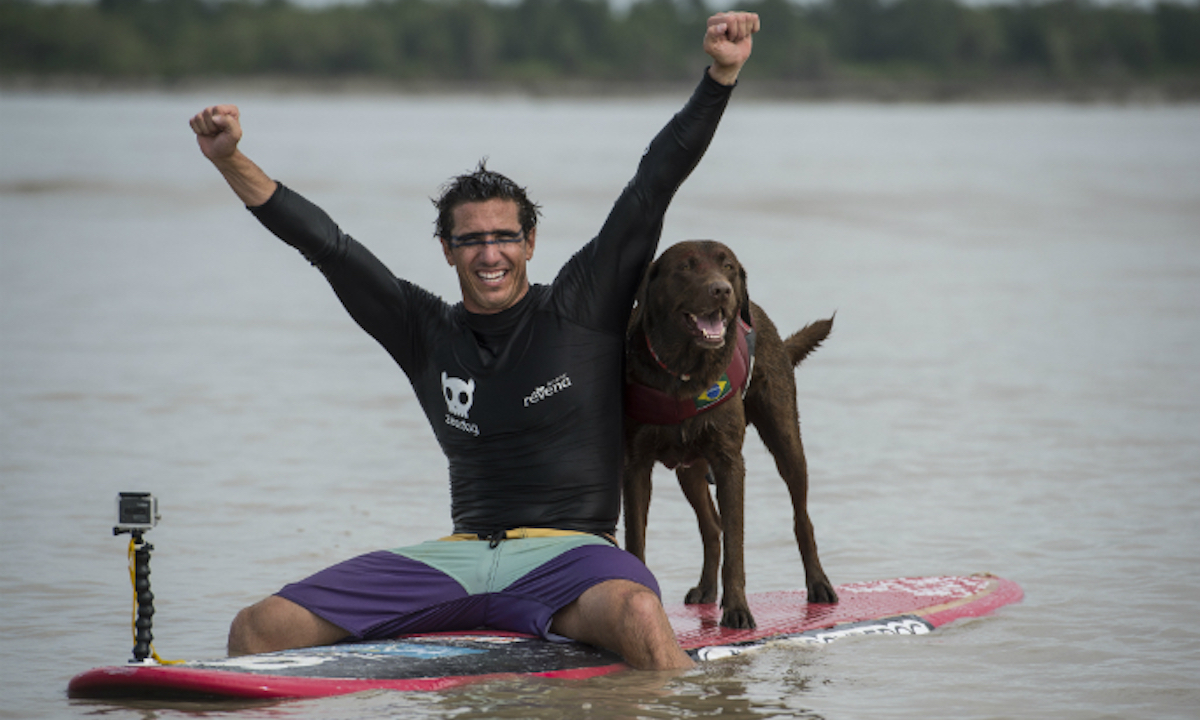 The two practiced day in and day out in preparation of their record-breaking attempt. To claim the title, they would have to successfully paddle over a mile together, both standing the entire time. When their day came, they were ready. Moreira, Bono, and witnesses all arrived at Mearim River, in Arari, Maranhão, Brazil to watch the event.

"After three minutes on the paddleboard, I started feeling my knees burning, but then I looked back and saw Bono’s face so happy and joyful. I forced myself to persist, no matter what," says Moreira.

And that’s just what he did. Paddling just over a mile in whitewater to the shore, Moreira and Bono had successfully broken the Guinness World Record. The two, now with several titles under their belt, continue to pursue paddle boarding and other tandem sports and activities. You can watch the video covering their successful attempt below.