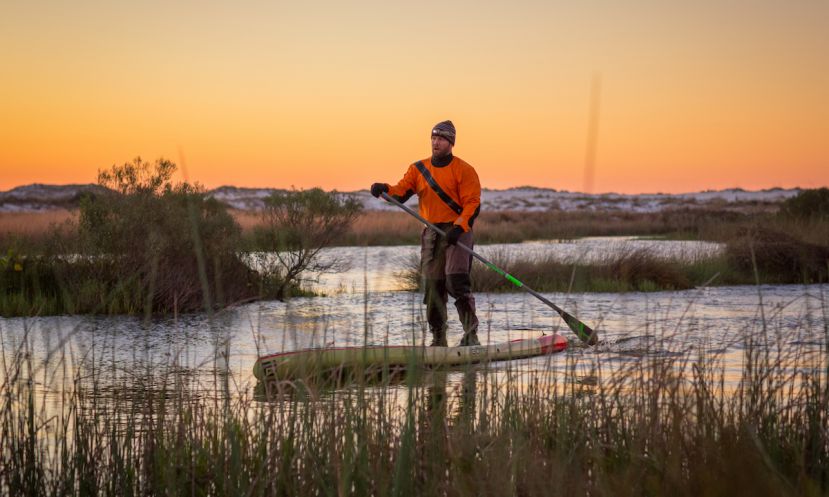 FORT WALTON BEACH, Florida —BOTE®, a leader in standup paddle board innovations, announces a new partnership with military veteran, Josh Collins, to raise awareness and funds for those suffering from TBI and PTSD. Every day, veterans of the United States military are forced to cope with the lingering effects of injuries and trauma from their experiences on the battlefield. Many encounter the harsh reality that the treatments they are receiving are not effective, unavailable or too expensive. One man, Josh, is on a mission to change that reality by embarking on an epic journey to raise awareness for the needs of his fellow soldiers.

Josh is a Special Operations combat Veteran with multiple rotations to Iraq, Afghanistan, and Bosnia, along with numerous other deployments around the globe in support of the War on Terror. Moreover, Josh is a wounded warrior with seven documented traumatic brain injuries (TBI) with loss of consciousness—four from explosive blasts, two by parachute landing falls, and one more from combative training. After he retired in December of 2008, Josh continued to support the military as a contractor both stateside and abroad. It was during an elite Special Operations training exercise in 2013 that he sustained another major concussion, complete with fractured nose, ribs, and cervical spine compression, putting him over the edge. “I began to ‘self-medicate’ heavily with alcohol until I was up to well beyond a bottle of hard liquor a day,” says Josh. This deathly combination of prescribed meds and alcohol not only tore his family and marriage apart, but it completely turned Josh into a different person. “I did not know my husband anymore,” his wife Tonia stated. “So I did everything I could to bring him and our family back to what we were, and that’s when I found the Task Force Dagger Foundation.”

The TFDF introduced Josh Collins to stand up paddling, which he says brought balance back into his life. | Photos Courtesy: BOTE Board

Task Force Dagger Foundation (TFDF) is a United States Army Special Operations Command based organization dedicated to providing assistance to all wounded, ill, or injured members and their families. Established in 2009, TFDF is a federally recognized non-profit foundation that supplies emergency funding to those SOCOM service members and their families who cannot afford the proper care.

With their help, Josh was immediately taken to the James A Haley VA Polytrauma Unit in Tampa, FL where he underwent TBI therapy and after three months, was returned to his family where he was able to rebuild his marriage and life. Although Josh was beginning to reconstruct the foundation of his former life, he was still suffering from severe inner ear (vestibular) damage, right eye nerve palsy, and vertigo from a compressed cervical spine at two levels. After receiving more than a dozen surgeries to correct some of these problems, Tonia purchased Josh a stand up paddle board in hopes of getting him exercising again. However, Josh quickly found that it helped with more than just his physical fitness. In Josh’s own words, “Stand up paddle boarding brought balance back to my life.”

Having departed for many missions in the military, Josh knows he is about to depart for one of the most important missions of his civilian life — helping other veterans in need. More than twenty two veterans a day are taking their lives, and this now accounts for more than ten times the number of casualties overseas due to lack of help and over prescribing meds for TBI and PTSD. In an effort to raise awareness of these statistics and help raise money for the foundation that helped save Josh’s life, he came up with a plan to make the longest journey ever paddled. 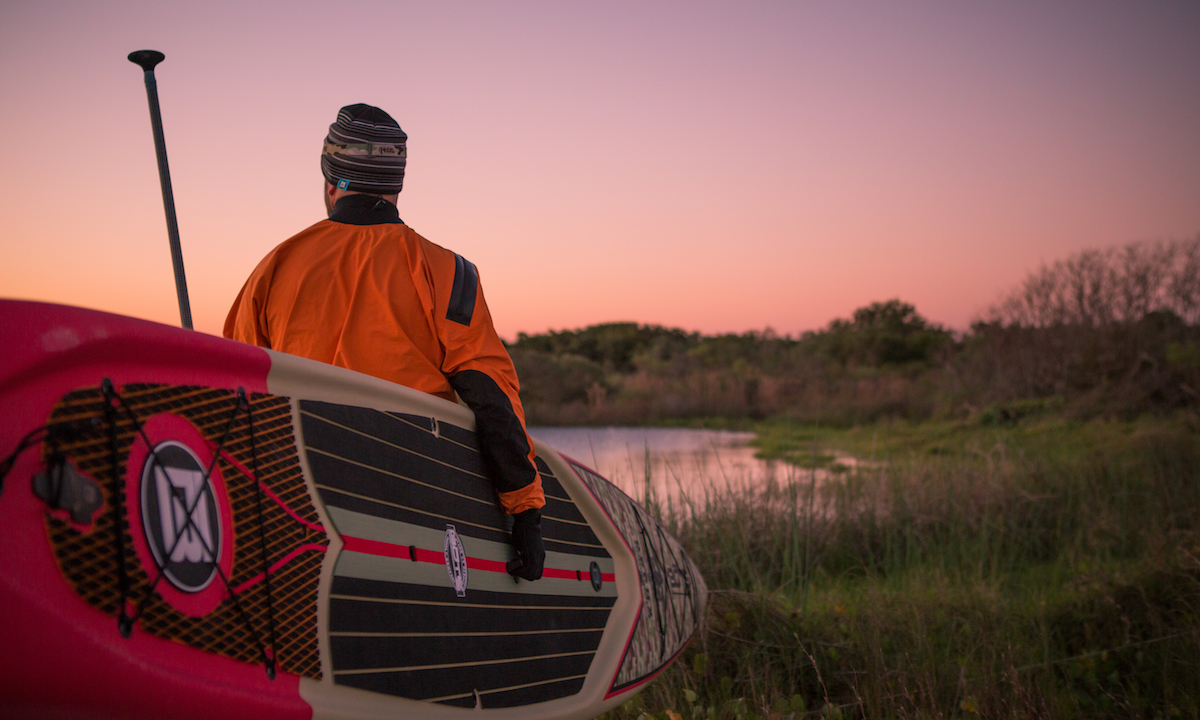 Josh Collins will be paddling from Corpus Christi, TX to N.Y.C., NY. | Photo Courtesy: BOTE Board

The expedition, now deemed, "Operation Phoenix" (OPPHX,) will help Josh to raise funds for the TFDF. His journey entails a four month long paddle that Josh will begin in March from Corpus Christi, TX to New York City, NY with rallies being held along the way. BOTE will not only be supplying limited edition Operation Phoenix boards for Josh to take on his four month long paddle, but they will also be supplying the same limited edition boards to be raffled off at the rallies and sold on their website alongside other OPPHX apparel. A portion of the profit for all OPPHX sales from BOTE will be given to the TFDF.

Success is something that most would find hard to define with this mission—there are many factors that can affect Josh arriving to his final destination—but for Josh “Success for me doesn’t mean making it to New York. Success is raising enough money to save more lives. Even just one life would make this all worth it. But I have not quit anything thus far in my life and I’m not looking to start now.”

To find out more about Josh’s mission and rally locations please visit: veteranvoyage360.com

To find out more about the Task Force Dagger Foundation, please visit: taskforcedagger.org

To help donate to Josh’s cause, please visit: crowdrise.com/veteranvoyage360

With Operation Phoenix, Josh Collins hopes to save lives by raising money for the TFDF foundation which he credits with helping to save his life. | Photos Courtesy: BOTE Board

To see more SUP Journeys, click HERE. To learn more about Josh Collins and his SUP Journey watch the preview for upcoming expedition in the video below!

About BOTE® Paddle Board Company

Founded in late 2009 by Corey and Magda Cooper and Headquartered in Ft. Walton Beach FL, BOTE® is a stand up paddleboard brand. We are a lifestyle brand, we are racers, we are surfers, we are anglers, we are industry leaders and we are technical innovators. The technical innovations are what allow us to Stand Apart. From designing the world’s first fishing specific stand up paddle board to creating a new proprietary Chainmail™ weave, BOTE® continues to push our sport forward. These innovations allow our customers to paddle faster, further and with purpose. We are guided by our mission, “BOTE® Stands Apart through industry shaping innovation, fresh ideas and simplicity to create a product that defines a lifestyle”.