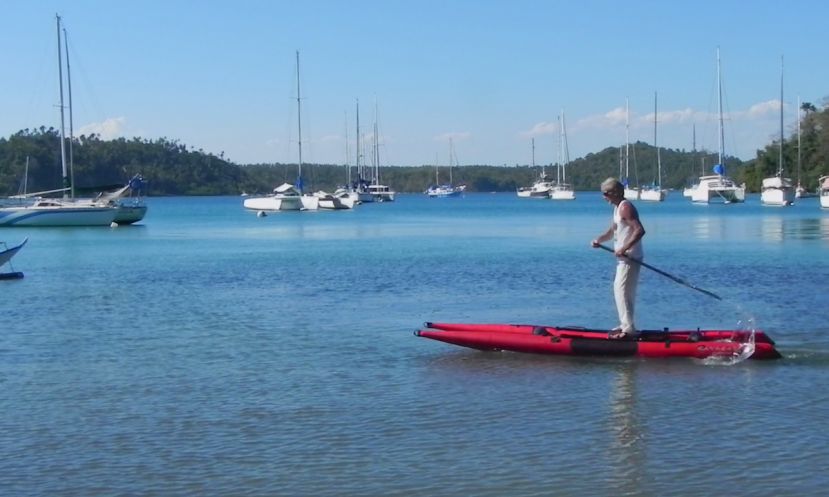 The Kayacat can be used as a SUP, kayak, sailing boat and more!

Matt Gomm, the Project Coordinator for Kayacat says of the design "We see this as the lightest, most versatile, compact personal watercraft in the world. Very low cost compared to other small boats especially considering all the things a Kayacat can do. We're seeing a very positive reaction from professionals and the public."

Weighing in at 6kg (13lbs) for the standard model Kayacat is light and compact enough to be carried as hand luggage on most airlines. It can be sailed, rowed, slide seat rowed, paddled, SUP'ed and motored with the addition of one of their range of 'APP's'.

The trend for recreational boating is being fuelled by the addition of hi-tech watersports equipment and multi-purpose watercraft to the market and Kayacat is adding it's own brand to an industry already worth an estimated 35 billion U.S dollarsper year. (Data for year 2014 HERE.) 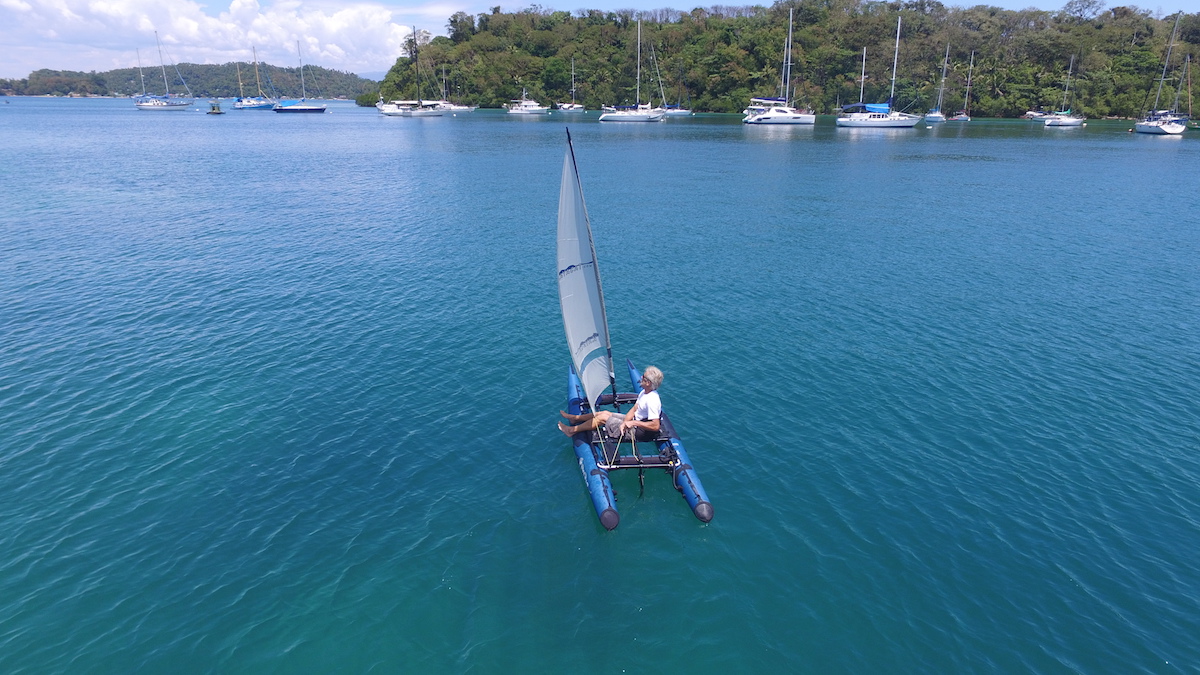 Kayacat being used as a sailboat.

Kayacat has developed a range of APP's to choose from which can be added to it's standard model. These include a sailing APP, electric motor, fishing rod holders, slide seat rowing kit, scuba diving APP's such as boarding ladder and spare air tank holders, widening kit to allow for 2 people sitting side by side, and has baggage space to carry camping gear or a bicycle. Of the APP's Matt also said "There are so many APP's in the concept stage and in development. For Kayacat customers this is just the beginning."

Having been in development for over two years Kayacat's unique modular design combines the stability of a catamaran with a state of the art inflatable triple-layered-laminate float system, making all of the parts interchangeable, replaceable and adaptable. It can be unpacked and assembled in under 8 minutes and repacked in under 4 minutes. Prices on Kickstarter start at £455.

To learn more about the Kayacat check it out on Kickstarter HERE.