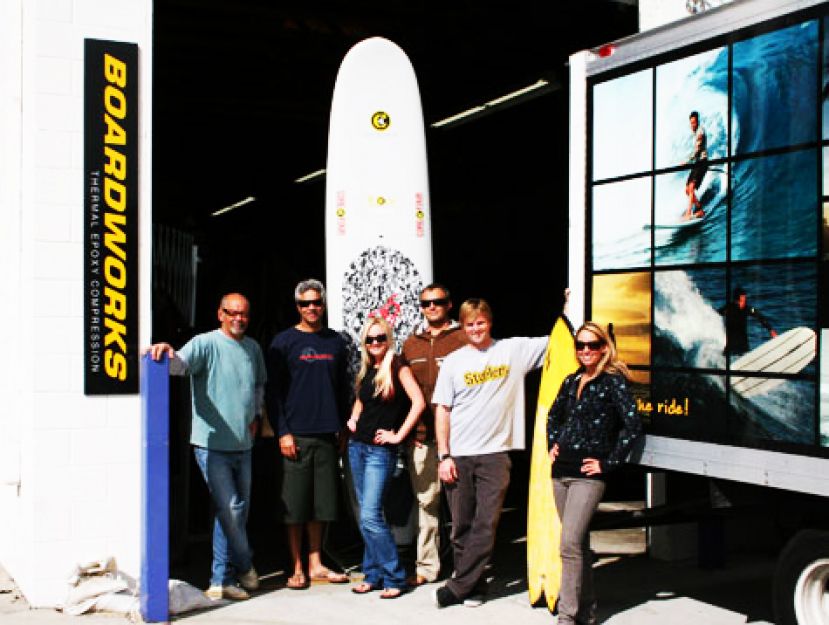 SAN DIEGO, CA (March 10, 2010) -- My Local Lineup Media is proud to announce that Boardworks Surf has become the title sponsor of Stand Up Paddle TV. After its launching on cable television, Stand Up Paddle TV, a product of My Local Lineup Media, witnessed an explosive growth in demand regionally and globally, with numerous requests pouring in from all over the world. A few months after its cable TV debut and seeking to meet the demand, Stand Up Paddle TV was made available online and within less than a 24-hour cycle it had over 1,500 views world wide.

Boardworks Surf, a leader in the stand up paddling industry and a distributor of some of the top names among board manufacturers, has made it possible for the excitement to continue. “Boardworks fits right in with the company profile that we were looking for in a title sponsor,” said Andre Niemeyer, the executive director of My Local Lineup Media. “As the world’s first of its kind, we wanted Stand Up Paddle TV to have a title sponsor that reflected the pioneering spirit of the show while also being a principal player in the industry. And given Boardworks Surf’s stellar SUP product lineup, including brands like Rusty, C4 Waterman, Paddle Surf Hawaii, and Dennis Pang we thought the company was a natural fit.”

“We are really excited about our new title sponsorship deal with Stand Up Paddle TV for two reasons”, commented Gretchen Gamble, Boardworks marketing director. “My Local Lineup has created an outstanding TV program with quality content that we believe will just get better and better. This is something we are proud to be a part of.  Secondly, with the show streaming online and the viral capabilities of the videos, there is endless potential for spreading the SUP stoke worldwide and putting Boardworks and the brands we distribute in front of an enormous amount of people.”

Stand Up Paddle TV features everything stand up, from racing and touring to surfing and white water. It airs on cable television on iTV San Diego, channel 16 every third week of the month. Plus, it’s also available online and on demand 24/7 at http://mylocallineup.com/standuppaddle-tv , presenting a new segment every week. “It’s been wonderful to see all the enthusiasm for Stand Up Paddle TV,” said Niemeyer, adding “and, with Boardworks SUP as the title sponsor, we’ll be able to continue to share that excitement for the sport not only regionally through cable television, but also globally through the world wide web.”


About My Local Lineup Media
My Local Lineup is an action sports multimedia company based in San Diego, whose trademark is its’ all-inclusive and personally oriented approach to water sports. By covering every surf modality and accounting for the social dynamics of watermen, the company aims at a portrayal of water sports that intimately resembles lineups and watermen communities. My Local Lineup is Online at http://mylocallineup.com and on TV on iTV channel 16 in all of San Diego County.