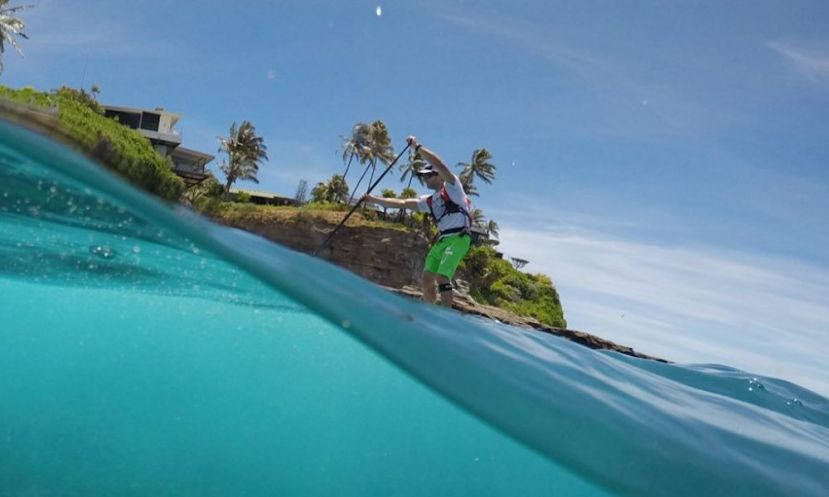 HONOLULU, Oahu – Athletes once again broke world records at the 21st Anniversary Moloka’i-2-O’ahu Paddleboard World Championships (M2O), presented by Kona Brewing Company. The athletes rose Sunday morning to ideal conditions that created a field that world records could not only be broken, but shattered. The channel delivered downwind conditions that reaffirmed the pure magic that only the Ka’iwi Channel can encapsulate.

Australian born but now Oahu resident, Travis Grant (NSP), cemented a ground-breaking victory by winning the men’s unlimited stand up paddle board (SUP) race in an incredible 3:59:52, breaking the coveted 4-hour barrier. “I never thought SUP could break 4 hours. I left nothing out there and Connor and I battled – it was hard,” said Travis. I hope this one stands for longer than a year.” Connor Baxter (Starboard) also came in under the record with a time of 4:03:46. Grant’s new record betters Kai Lenny’s (Naish) record set last year at 4:07:41.

In the women’s unlimited stand up division, New Zealand’s Penelope Strickland, who had taken some time from training due to medical reasons, started her day without an escort boat until just minutes before the race. What seemed like a tough start, disappeared the moment the race began. Nothing was going to stop Penelope as she dug deep into the perfect conditions, breaking the division record of 4 hours, 52 minutes, and 32 seconds. Previous record of 4:55:02 set by Talia Gangini, was set in 2012. 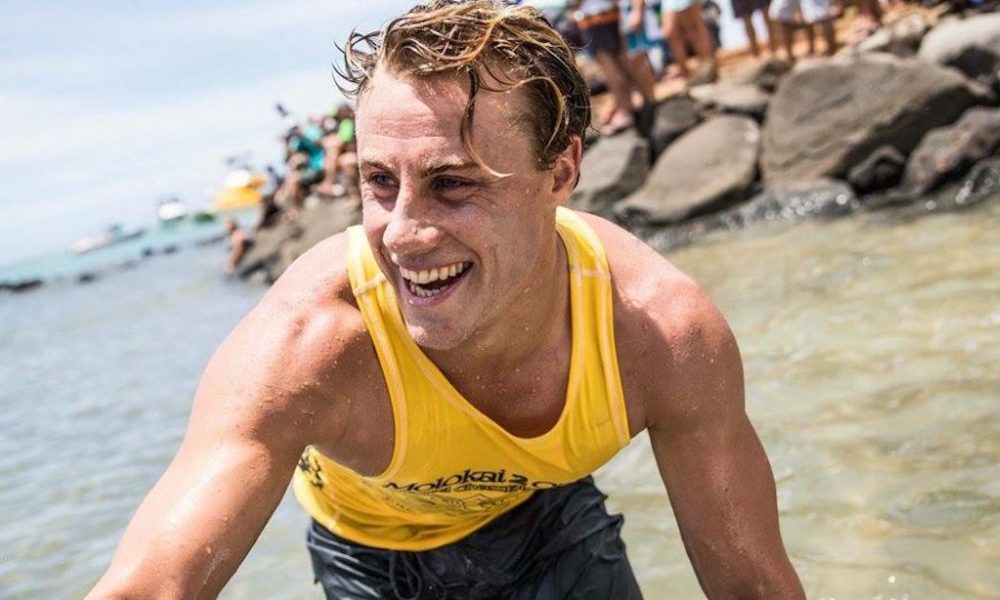 In the Prone unlimited paddle board race, Australia's Matt Bevilacqua powered to his third consecutive win in 4 hours, 29 minutes, 20. The 25-year-old Australian’s win betters none only than himself from 2016, when he finished the race in 4:29.32. Stewart McLachlan dominated the race, bettering his previous record by 3 minutes finishing in 5 hours, 2 minutes, and 43 seconds in comparison to his last’s year win at 5:05:41. Fellow countryman Lachie Lansdown finished second at 5:08:13.

Australian Ironwoman champion Harriet Brown, stepped into this race for the first time and delivered a world record breaking performance by finishing with a record time of 5 hours, 14 minutes, and 31 seconds. The previous record held by fellow Australian Jordan Mercer was 5:22:31.

20-years-old Maddison Spencer took home a first time victory in her first M2O, coming in at 6 hours, 6 minutes and 24 seconds. Paddle boarder Kanesa Duncan from Hawaii continues to hold the stock record of 5:53:49 set in 2004. There was nothing but talent on the team divisions today. The finish line saw two eighteen-year-old phenoms, Hunter Pflueger from Hawaii and Matt Delahunty from Australia edge out former M2O World Champions Brad Gaul and Kendrick Louis with a time of 5 hours, 17 minutes, and 27 seconds to the veteran’s time of 5:18.35. 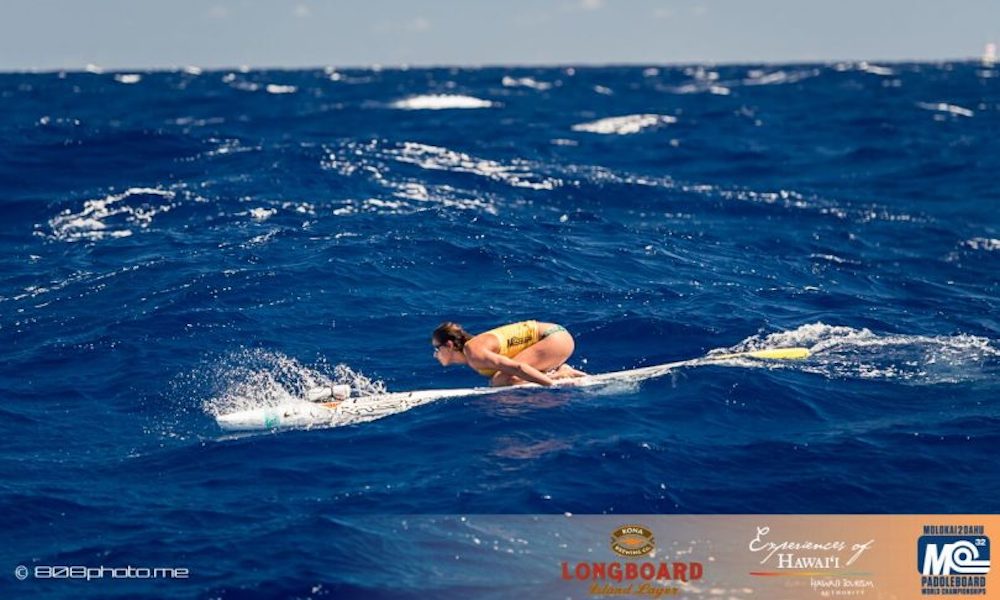 Maddison Spencer in the middle of the channel. | Photo Courtesy 808photo.me / M2O

Founded in 1997, M2O is an open-ocean endurance paddleboard challenge, featuring racers in both the prone and stand-up (SUP) disciplines. Connecting the islands of Moloka’i and O’ahu, the 32-mile race crosses the Ka’iwi Channel, also known as the Channel of Bones. Men and women face challenging conditions as they navigate the fastest downwind route over one of the deepest channels in the world. Top athletes typically complete the crossing in less than five hours, riding mid-channel waves that can crest more than 12 feet and carry paddlers hundreds of meters. The race starts on Kaluakoi Beach on the north shore of Moloka’i and finishes in Maunalua Bay on the south shore of O’ahu.