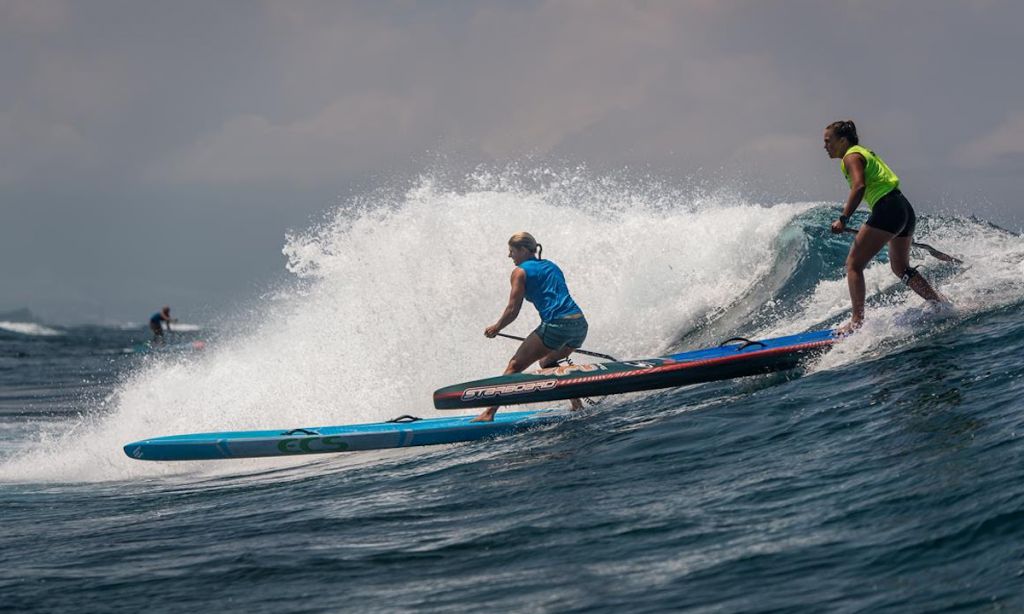 ERICEIRA, Portugal - After several months of adjusting to the continuously changing global environment due to the Coronavirus Pandemic, the APP is proud to announce a full schedule of Racing Events for the 2021 season that will deliver World Class action and provide a viable series of World Championship Tour events for its global athletes to follow.

The Tour will kick off with Racing in October in the Hawaiian Islands for the first leg of the Tour. The Hawaiian Grand Slam will feature two downwind races and 2 surf sprints to kick off the 2021 Season with spectacular action right at the heart of the sport's birthplace.

It will then be a trip across two oceans to Europe for two high profile stops to wrap the calendar year (with Finals to be held in February 2022). The first is combined with the surfing stop in Las Palmas de Gran Canaria, with the racing set to provide a comprehensive showcase of World Championship Tour competition. This will then be followed by Paris, France for the annual pilgrimage to this iconic race down the River Seine during the first weekend of December.

Due to the late start in 2021 to allow athletes and staff to be able to travel more freely and local hosts to recover from what has been a complicated time, the condensed season has spilled into the 2022 calendar year, with an all new, exciting and groundbreaking Finals set for early February.

While some of the host venues on the provisional schedule are not included in the final line up for 2021 due to local and international restrictions, they are stepping up for multi-year commitments from 2022 on. This includes: Valencia (Spain), London (UK), Zug (Switzerland), Osaka (Japan) and San Diego (USA). All of these cities opted to hold on until 2022 given the high profile nature of the venues and the festival build out planned. Stay tuned for a major announcement of the 2022 schedule due in October of this year. 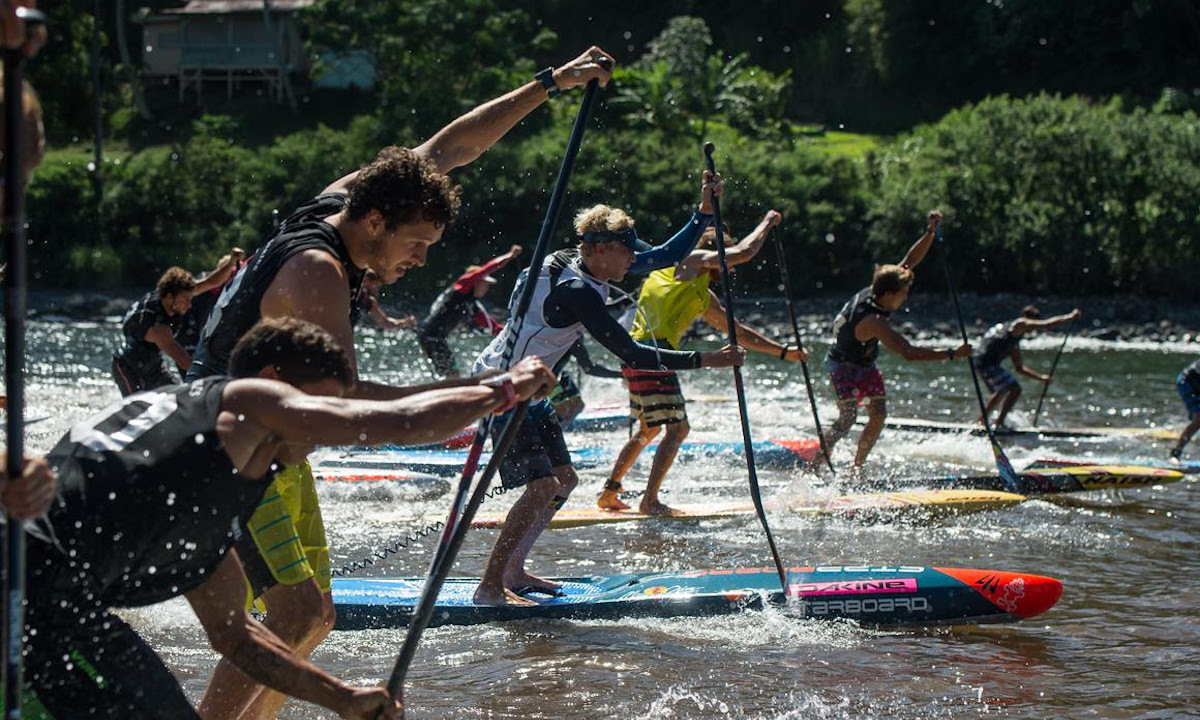 This year's APP World Tour Racing Season has been split into three defined legs to allow athletes to be able to follow the Tour in its entirety and benefit from one of the most diverse line up of events yet on the APP World Tour.

With a renewed focus on downwind paddling, the return of celebrated Surf Sprint Racing Courses and the introduction of all new venues, the 2021 APP World Tour will not disappoint, for Athletes or Spectators. Here is the line up:

For 2021, athletes will be allowed one distance and one sprint racing discard for the season to calculate their overall result, meaning that their best four distances and best four sprints will determine their overall ranking. For 2022, the major City Paddle Festivals will be back in full force, with exciting new venues and the return of popular venues such as Osaka and London as the world returns to normal, global travel issues ease and cities are able to open up to mass public events.

In the meantime, we see 2021 as the ideal opportunity to reignite the passion of downwind paddling and sprint racing in the surf to deliver a world class sports showcase to global audiences through live and post produced broadcasts. 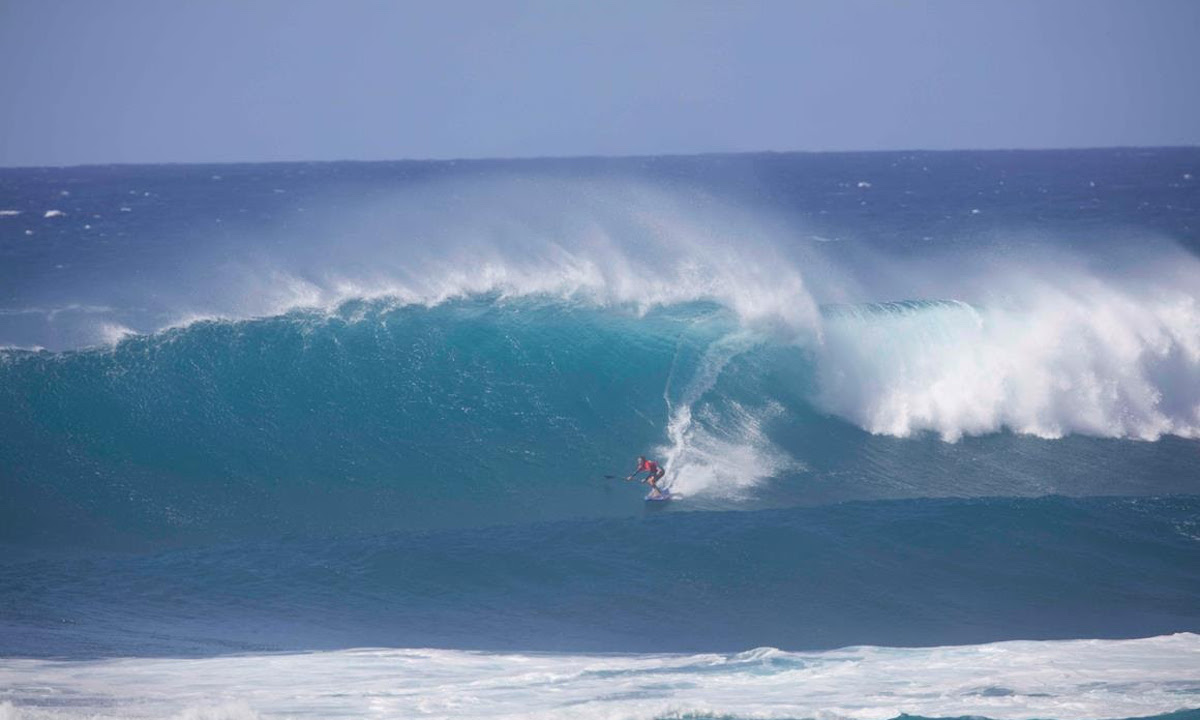 The 2021 Season promises to be one of the most exciting yet for APP World Tour surfers, as three world class venues are to be announced later this week, with the season to begin in November. The events are two back to back dates and end in January with the return to the iconic Sunset Beach, on Oahu's North Shore, with the dates now secured for the next 3 years (18th - 28th January).

Stay tuned for the formal announcement later this week and for all the latest from the 2021 APP World Tour as we build up to the long anticipated kick off for the Surfing Season in November at appworldtour.com and follow us at @appworldtour

About the APP World Tour & the Waterman League

The APP World Tour is the Professional World Championship Tour for the Sport of Paddlesurfing (also known as SUP / Stand Up Paddling / Paddleboarding), officially sanctioned by the IOC recognized Federation for Stand Up Paddling, the ISA (International Surfing Association). The APP World Tour (previously known as the Stand Up World Tour and Series) has been crowning the sport’s World Champions for both Men & Women across Racing and Surfing since 2010 and has created the all access City Paddle Festival concept around its flagship global events to celebrate inclusivity and participation for all. More Information is available at appworldtour.com and fans can follow events @appworldtour on Facebook & Instagram.