ANNAPOLIS, Maryland – Annapolis native Chris Hopkinson recently announced that he will attempt an ambitious 240-mile journey from Havre de Grace, MD to Virginia Beach, VA atop a 14-foot paddleboard over the course of just nine days. The Bay Paddle, presented by Flying Dog Brewery, will take place September 18-26, 2020 to raise awareness and funds for the Oyster Recovery Partnership (ORP) to plant oysters in the Chesapeake Bay.

Hopkinson has set a fundraising goal of $200,000 for his journey, which will launch from Concord Point Lighthouse in Havre de Grace on Sept. 18. From there, Hopkinson will follow a route that mirrors that of Captain John Smith when he set out to explore the Chesapeake Bay in 1608. The route and anticipated timeline is as follows: 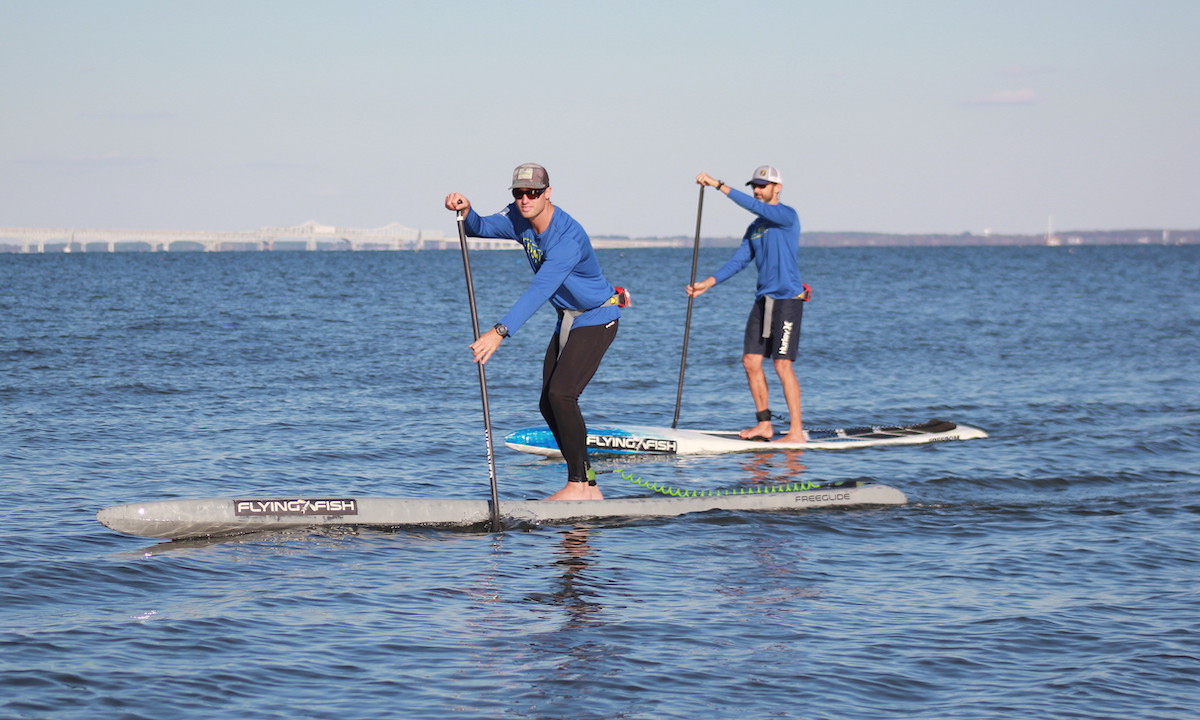 Hopkinson didn’t truly understand the connection between oysters and water quality until viewing an oyster filtering video while helping his daughter with a science fair project.

“I’d always been concerned about the health of the Chesapeake Bay, but the challenge was figuring out what I could do to help,” he added. “After learning that the oyster population is down to a fraction of historical levels, and that they once filtered the entire Bay in a matter of days, I realized that bringing them back is the single most important thing we can do to help the Bay and every species in its ecosystem.”

Armed with that knowledge, Hopkinson connected with the Annapolis-based nonprofit, Oyster Recovery Partnership, the organization that produced the filtering video. Although admittedly initially taken aback by Hopkinson’s goal to paddle the Bay and raise $200,000 for oyster restoration, ORP decided to jump “on board.”

“Paddling 240 miles in varying currents and conditions of Bay waters is extremely difficult, and a true testament to Chris’ passion for oyster restoration,” said ORP Executive Director Ward Slacum. “We’re fortunate to have his time, talents and enthusiasm highlighting the important role oysters play in the health of our local waters. It’s wonderful to see what can happen when a group of conservation-minded partners join together toward a common goal.”

In addition to ongoing support from ORP – including hosting educational water quality monitoring activities and awareness and fundraising events throughout the summer – Flying Dog Brewery has signed on as the event’s title sponsor. Maryland’s largest brewery has been a longtime supporter of ORP, creating special beers and events to support the organization’s mission.

“As soon as we heard about Chris and his goal of paddling the Bay, we knew we wanted to get involved and help rally the community around this important cause,” said Ben Savage, Chief Marketing Officer at Flying Dog. “We have been a proud supporter of ORP for the last 10 years and are so excited about this opportunity to shine a light on their work.” 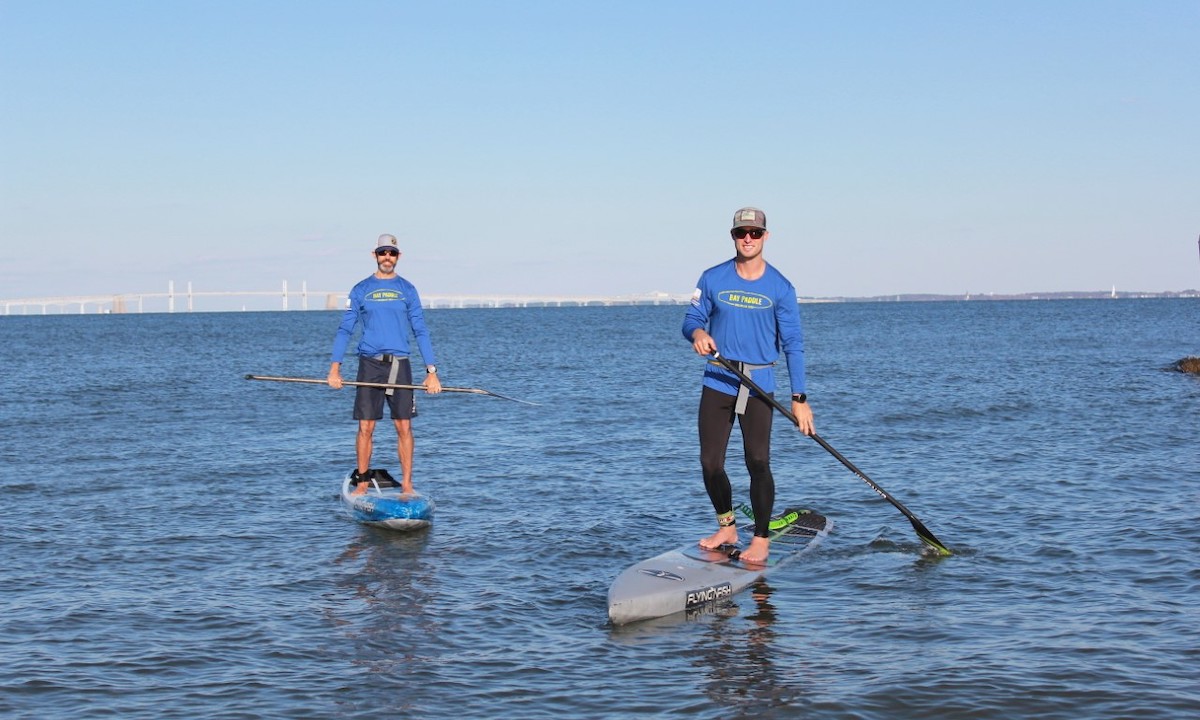 People interested in learning more about the September event, and the importance of oysters to the health of the Chesapeake Bay, can go to the Bay Paddle website, baypaddle.org. A $10 donation supports the planting of up to 1,000 juvenile oysters in the Chesapeake Bay. To donate, visit the website or text BAYPADDLE to 44-321

About Oyster Recovery Partnership:
Oyster Recovery Partnership is a Maryland-based 501-c3 nonprofit that uses the latest innovation in science, collaboratively with its partners, to produce spat on shell and deploy the resulting juvenile oysters onto scientifically-selected sites in the Chesapeake Bay. These efforts aim to bolster oyster populations, assist oyster farmers in a production, support wild fishery harvests and re-create large, healthy reefs. Over the past two decades, ORP has planted 8.5 billion oysters on 2,500 underwater acres throughout Maryland. Learn more at oysterrecovery.org.

About Flying Dog Brewery:
As one of the fastest-growing regional craft breweries in the United States, Flying Dog has been brewing world-class beer that pushes the confines of traditional styles for 30 years. Flying Dog attracts everyone from craft beer connoisseurs to those just catching the wave with up to 20 styles available at any given time. Introduced to Flying Dog by the Gonzo writer Hunter S. Thompson, artist Ralph Steadman has produced original art for Flying Dog's labels since 1995. Recent accolades for Flying Dog include its Pale Ale ranked as the #1 American Pale Ale in the U.S. by The New York Times. For more information, visit flyingdog.com.