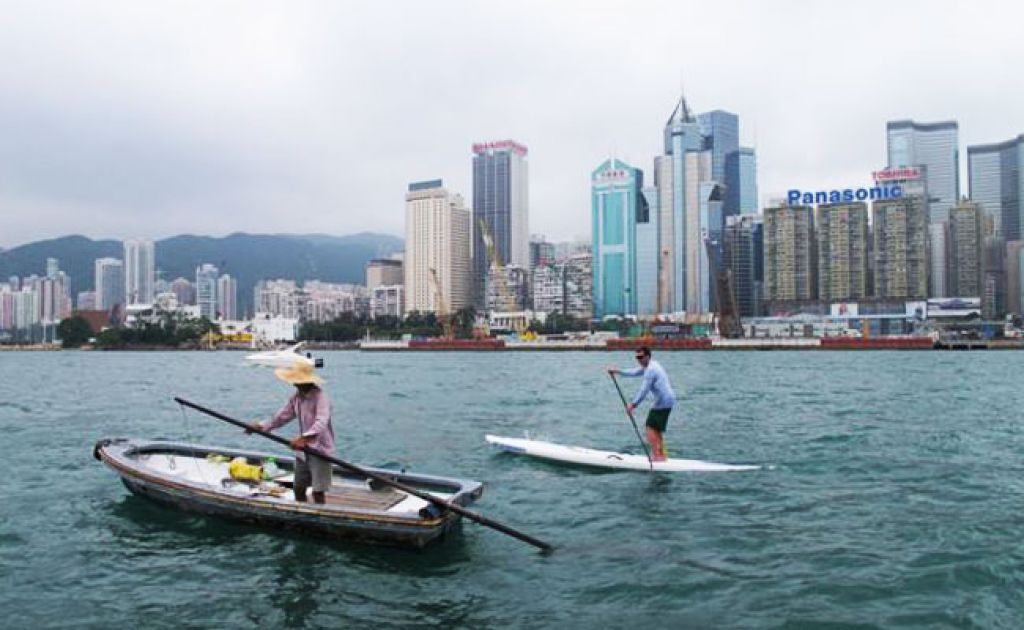 On Thu May 24th, Kevin Horgan a long distance Stand Up Paddler from Kauai, managed to complete the first circumnavigation of Hong Kong Island on a Starboard 14' Coast Runner, a distance of around 44km or 27.3miles in 8 hours and 7mins. Kevin left Shek O Main Beach at 7.53am and arrived back at 4.00pm.

Amazingly he stayed on his board the whole way. He told me the paddle at the harbor entrance to the Central Piers was the toughest he's ever done, upwind with a mess of windblown waves on top of boat wakes and backwash from the harbor walls; like "being in the impact zone in a big break on a 30'+ day", but with high speed ferries to contend with.

At some times his board was 45 deg pointing skywards.  Kevin was not the first stand up paddler to have paddled through the harbor, as the picture with him and the fisherman standing using a yuloh, a traditional Chinese oar shows. This was not staged; we just came across him on the journey. Whilst notice of Kevin's passage was given to the Marine Police, and we had two support boats in case he had to be quickly extracted from harbor traffic, it was decided that he should wear a life vest (actually a wakeboard vest was all we could find) through the toughest section.