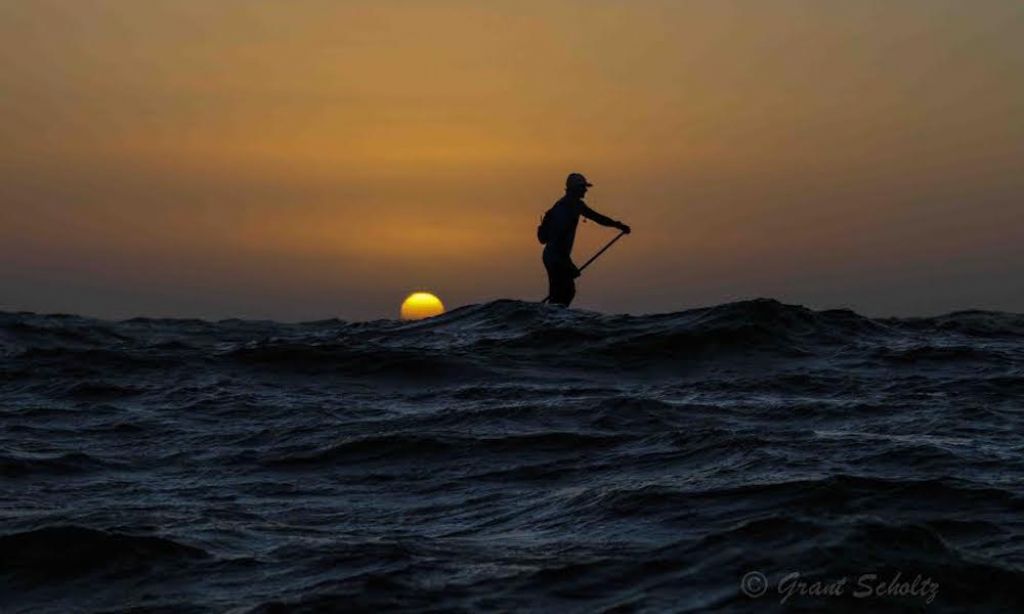 The SUP Crossing will launch from Morocco in mid-December 2016. Chris will paddle across 4,600 miles of open ocean, traveling the equivalent of a half-marathon per day for over 120 days straight, and then finally landing in northern Florida.

Chris has been developing The Sup Crossing project for more than five years. It is far more than just an adventure as it’s a project that seeks to change the lives of millions of children and leave a lasting legacy. While one of the key objectives of the crossing is to redefine what’s possible by pushing the limits and boundaries of the human body, mind and spirit, the core goal is to create a positive impact that raises money for hot meals, life-changing surgeries, and building schools for young children in need. 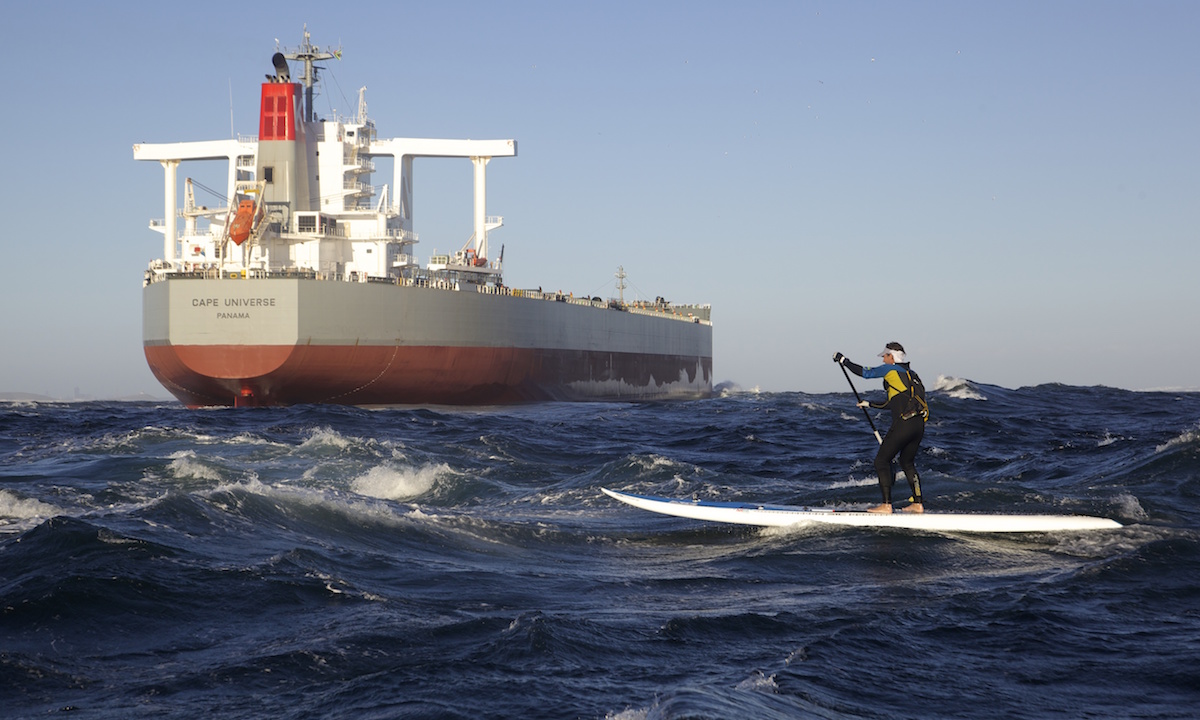 The charities that will benefit from the Sup Crossing initiative include:

“This project has been a huge undertaking to bring into reality and has definitely taken its toll on me personally, but I believe in it with every fibre of my being, that it’s going to have a monumental impact on the lives of millions of children and generations to come and leave a legacy of hope,” commented Bertish. “That’s why I’m willing to do what ever it takes, sacrifice whatever is needed to go the distance. I have a great team behind me and with their support and all the preparation, courage, passion, purpose and perseverance…we can achieve anything,” he added.

In addition to giving back, The Sup Crossing will also give researchers the opportunity to track Chris, his environment and his experiences out on the open ocean, through the multi-media craft. Chris will collect data throughout the crossing, which will be used to educate, engage, and inform children in classes. Professor Tim Noakes and the Sports Science Institute of South Africa will also ensure that Chris receives the necessary nutrition and performance advice throughout the crossing. Data will be uploaded by Chris daily, which the Sports Science Institute will assess and in turn formulate a full case study, which will be used for research by students at the UCT Sports Science department.

To get involved and contribute to the Sup Crossing initiative, go HERE.

Chris is driven by passion and commitment and has achieved some of the greatest feats in Surfing and Stand Up Paddle Boarding history. He is known to be a waterman who turns adversity into opportunity and no challenge is too great or Impossible for him. Chris has become a sought after keynote, inspirational Speaking, who inspires audiences both young and old with his stories of courage, determination and overcoming insurmountable odds and adversity to achieving his goals and dreams.

Chris leads by example and won the 2010 Mavericks Big Wave Invitational, held in the biggest surf ever recorded in the history of the sport, merely hours after touching down from a 36-hour flight from South Africa, on a borrowed board, against all odds. As an ex professional sailor, he has sailed numerous yachts across the Atlantic while also racing big boats all over the world. He has competed in the ISA Stand Up Paddle World Champs twice finishing in the top 10. 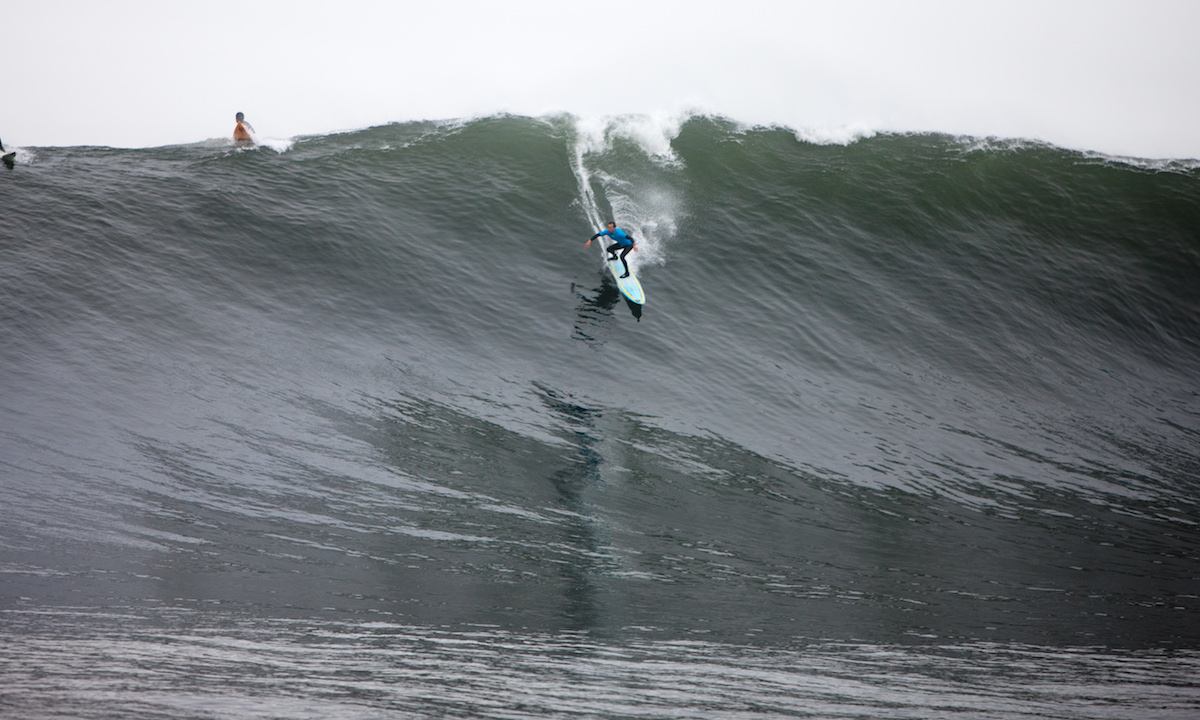 Chris Bertish on a beast at Mavericks. | Photo: Richard Hallman

In 2012 Chris accomplished another world first by completing an unsupported solo journey of 320km from Cape Point to Lamberts Bay, Stand up paddling solo, up one of the most treacherous coastlines in the world. Facing huge six metre seas and 40knts winds Chris once again succeeded in reaching his goal.

During 2013 & 2014, he set three SUP World records, two in Europe and then in 2014, the Open Ocean, 12hour SUP Guinness World distance Record, all within five months. Chris has been nominated and received Runner up, twice for the Expedition/Adventurer of the year for the Global SUP Awards in the USA and recently won the Nightjar “Adventurer of the Year Award” in South Africa 2014, for breaking three world SUP records in five months.

Ocean Driven, a movie about his life story which was completed in 2015. The story captures the essence of his goals, his achievements and his success in documenting that nothing is impossible unless you believe it to be. Ocean Driven has already won numerous global International awards and been a huge success. Chris’s book- Stoked! Launched in 2015, got shortlisted to place runner up for book of the year in South Africa in 2015.