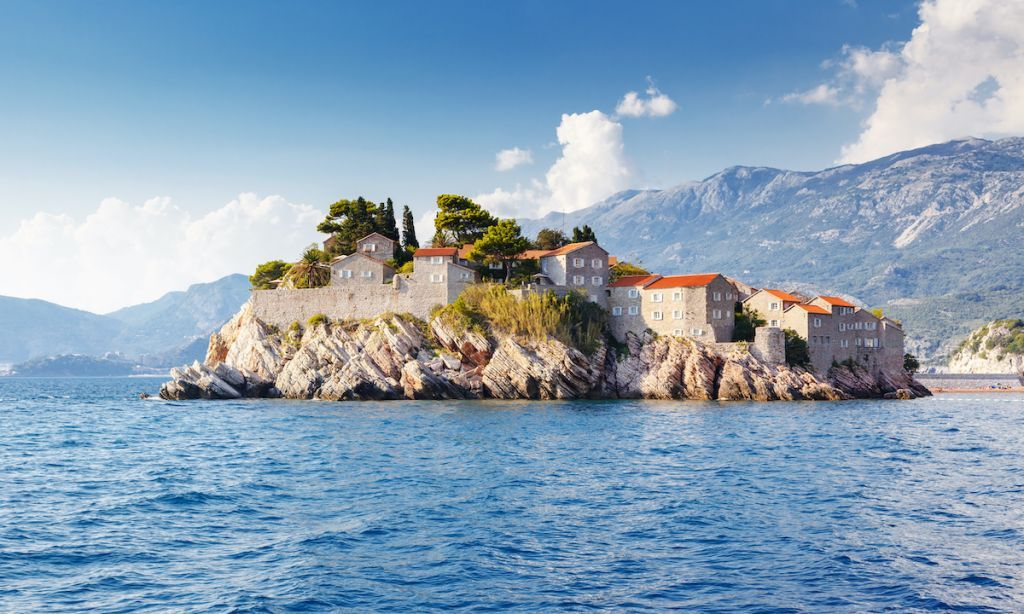 Are you an experienced paddler looking for an epic SUP adventure for 2023? Check out SUP Montenegro’s upcoming SUP Safari! You’ll embark on a four-day, 67km adventure along the picturesque coastline of Montenegro.

The coastline is rugged and rocky with coves, caves, and the occasional spit of rocky beach. The sea is undulating blue and green and inviting; frequent swimming is a great way to deal with the heat of the day. As we work our way south we'll see all manner of natural and cultural sites. Conditions on the water keep things interesting with swells, short standing waves, and a confused sea.   For paddlers looking to spend more time in the area, either paddling or exploring on land with us, we can organize accommodations prior to or after the safari. 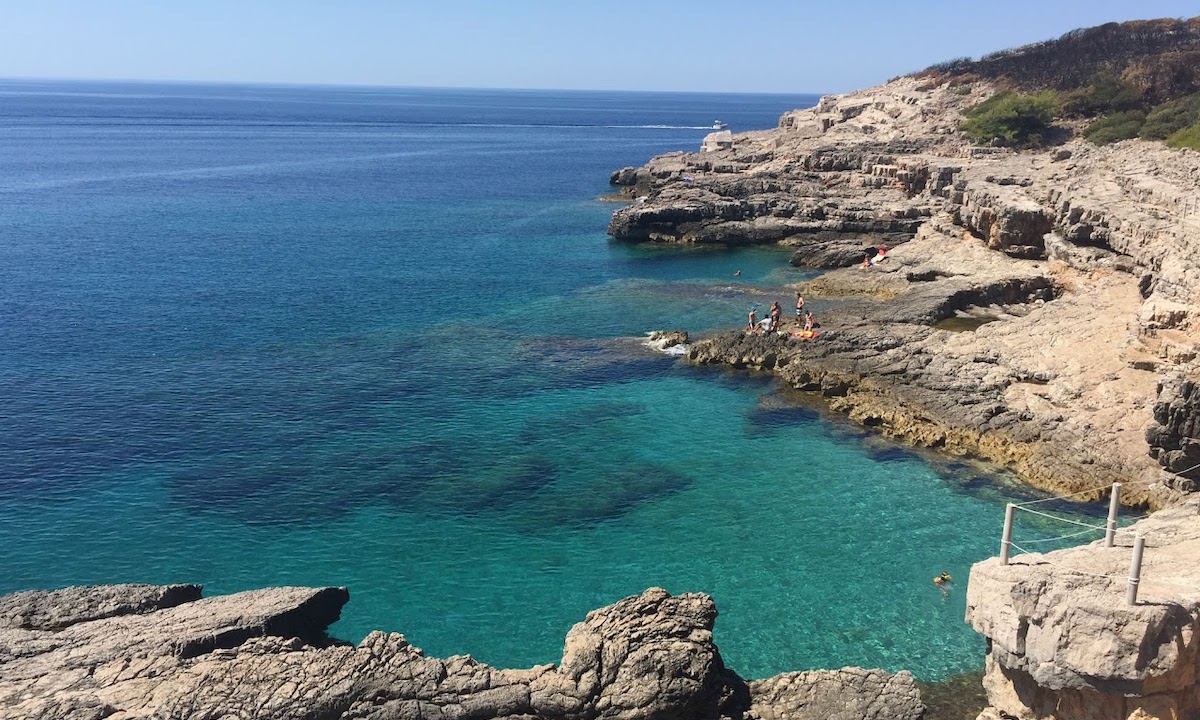 The day starts with an easy flat water paddle in the lee of prevailing southerly winds as we hug the Krtole Obala before heading over to the far shore. The route explores submarine hides, and a beautiful monastery on an island. We'll stop for lunch with a several hour break on Kumbor shore as we take in Portonovi and Zelinka, then arrive at the charming fishing village of Rose at dusk for dinner and an overnight stay at Vila Niksevic. It’s a relatively easy day, but approaching Rose late in the day with wind on the nose can mean the last 1,000 meters can take the better part of an hour. 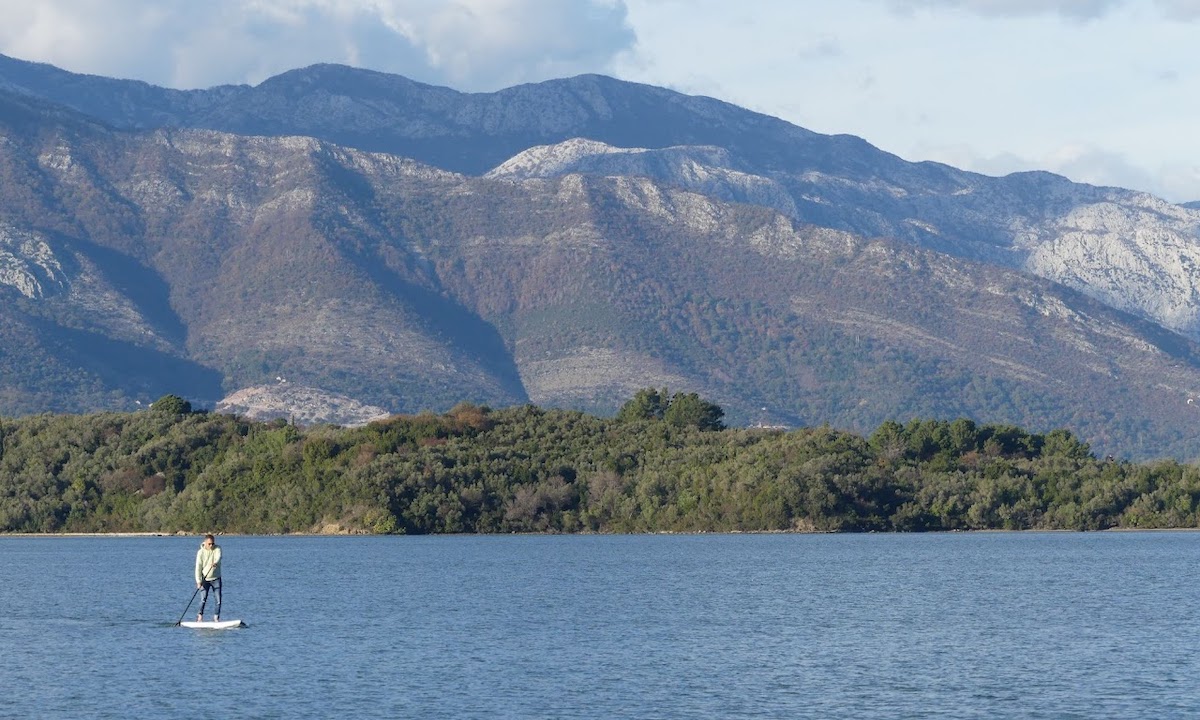 Paddling from Rose on Day 2 will take us around the tip of Lustica Peninsula towards the new 5* resort on Mamula Island; perhaps we’ll stop by for a coffee. We'll then scoot over to the Arza Fortress and take a break at Arza beach before continuing on to the Blue Cave, then onto Kamp Veslo for lunch, where we will stop for a longer break. Later in the afternoon we'll head to the fishing village of Bigova, arriving around sunset. We’ll transfer over Kotor for the evening and stay at the Astoria Hotel in the old town.

We'll head back to Bigova at 7am make an early start toward Budva, making most of the calm morning sea. Today's route is a geological exploration of caves, cliffs, beaches and a chapel of St. Nikola built into a rocky outcrop. The route has quite a few stops, about every 5k, breaking the tour into manageable distances, with a picnic lunch along the way. The day ends at Mogren Beach, Budva's gateway to the old city where we'll spend the evening, staying at another Astoria Hotel in the center of the old town.

Today we paddle out past Sveti Nikola Island, Montenegro's largest Island and home to a population of deer. We'll head to diminutive Sveti Stefan Island, which was as a haven for pirates 500 years ago, and later became a fortified home for wealthy Venetian families. Between 1934 and 1936 it was rebuilt as "Villa Miločer" and most recently it was an award winning Aman Hotel. From Sveti Stefan we'll paddle down the coast to Petrovac, passing several beaches where we'll take breaks for swimming. Today's tour ends with a farewell afternoon lunch before everyone moves on to their next adventure.

Check out SUP Montenegro for more details so you can get this adventure on your calendar now!

More in this category: « The 4 Best SUP Fishing Destinations In The USA Paddle Boarding In Maui, Hawaii »