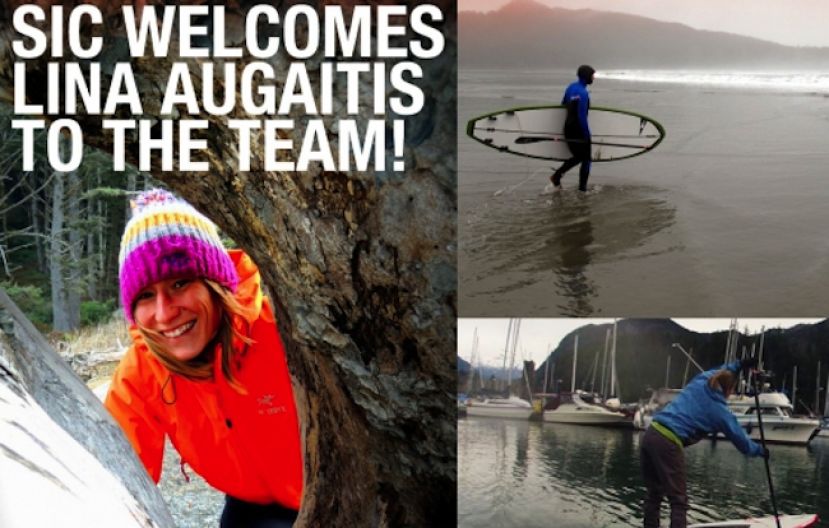 SAN CLEMENTE, California - SIC MAUI is proud to announce that it has signed its newest global team member, Lina Augaitis. Lina has made quite a splash on the race scene this past year with some very impressive results against the world’s best. Lina is the current Canadian Champion and Ta-Ho Nalu Champion. At the 2013 BOP, Lina finished a very respectable 3rd in the distance race and most recently became the 2013 Paddle Royal Champion. Now with SIC, Lina will be working with Master shaper Mark Raaphorst. Lina joins the powerhouse SIC Global team, which consists of Andrea Moller, Livio Menelau, Georges Cronsteadt, Jeremy Riggs, Sonni Honshied, Scotty Trudone and Talia Decoite.

“We are excited to support Lina and help her accomplish her goals this coming year” said Braly Joy, director of marketing SIC Maui. “With Mark’s designs and Lina’s drive to win, I am looking forward to what this season has in store for Lina and SIC”.

Lina will be representing SIC in races all over the globe this year on her 2014 X 12 PRO and X 14 PRO. On these same boards, SIC Global team member, Georges Cronsteadt remained undefeated in the 2013 year.

“I am stoked to be working with SIC for 2014!” exclaimed Lina. “I have some big goals for the season and am looking forward to achieving them with SIC. I am excited to be part of the team that continues to build on SIC's amazing reputation. I am looking forward to some fast glides, tough races, and fun adventures”.

SIC “Sandwich Islands Composites” is the vision of master shaper/designer - Mark Raaphorst.  Mark has more than 20 years experience building surfboards, windsurfers and outrigger canoes. He is credited as being one of the pioneers of SUP, the first to integrate an Active Steering System into and SUP and for creating some of the most winning race boards in the world. Their speed and agility, sleek styling and piercing waterlines, quality craftsmanship and attention to details, have also earned SIC the reputation of being the “Ferrari of SUP boards”. SIC makes boards for intermediate to elite paddlers looking for the best in race, fitness/touring and surf. For more information visit: www.sicmaui.com