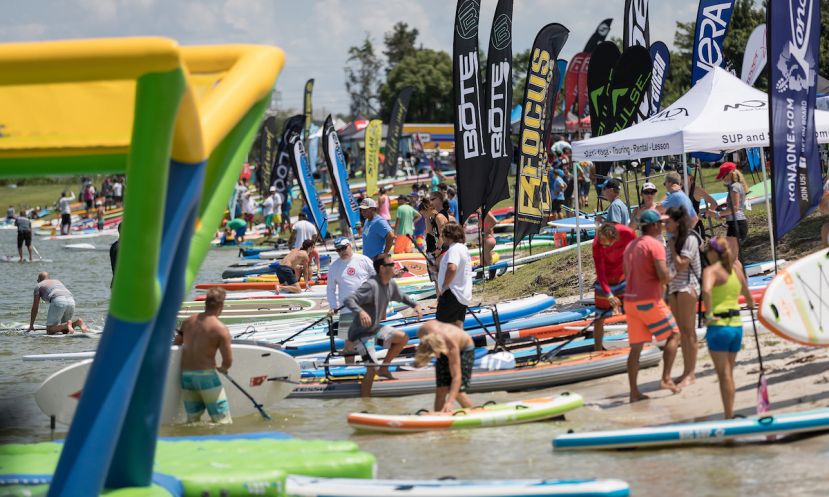 SAN DIEGO, California - There’s been talk for a while about new trade shows coming to the stand up paddle market but in late 2016 those rumors were no more when a new Paddlesports Retailer trade show for paddle sports was announced. And now there are talks swirling that the existing demo day at the Carolina Cup is expanding into a regional trade show. News is yet to be confirmed but with the demand for lower cost trade shows more closely tied to the sales cycles of our industry it’s no surprise that regional shows are coming about.

So, what does this mean for current trade shows like Surf Expo and Outdoor Retailer (OR)? As to surf expo, both the September show and the January show have gradually but surely shifted towards one show for stand up paddling, namely, the September Surf Expo. That’s when most of the stand up paddle action takes place while the January show has become largely a surfboard show. As to the Summer Outdoor Retailer, the dates have already changed from August to the last week of July, with even earlier dates in the following years. That change has been made to cater largely to the apparel industry which has an earlier sales cycle and which can pay more per square footage. In light of that, it’s inevitable that the stand up paddle industry will be looking for trade shows and/or venues that better cater to their sale cycles, price points, and markets.

So now the question will be whether or not retailers and brands will attend all shows or eventually drift to one of these four: Paddlesports Retailer (Wisconsin), Surf Expo (Florida), Outdoor Retailer (Utah), and Carolina Cup (North Carolina). Only time will tell as we see the year unfold but one thing that’s for sure is that this will definitely be a shake up to the usual OR/Expo agenda that hits the industry every summer. With stand up paddle brands currently hurting for cash, it seems that trade shows need to think long and hard about better supporting the sales cycles of the paddle industry.

What kind of effect (if any at all) do you think this will have on the industry? And, do you think things will start to shift towards the newer shows? Let us know your thoughts in the comments!

More in this category: « 20 Awesome SUP Photos From 2016 Sustainability: How Can the SUP Industry Lead the Way? »