Awards
updated 7:00 AM PDT, Mar 29, 2020
Headlines:
Top 5 SUP Destinations in USA: After about 5 years on the road Mike Tav
Why SUP is an Ideal Sport for Seniors: When it comes to seniors, exercises like
Foil Surfing Etiquette 101: There's no doubt about it, SUP foiling i
New England Paddleboard Webinar Series L: Seacoast Paddleboard Club, the original
Weekly Recap 3/24/2020: Welcome to the Supconnect Weekly Recap,
Spring 2020 SUP Gear Guide: The sun is starting to shine, ice is mel
APP Tour Adjusts Schedule In Response To: After much consultation with Host Cities
Paddle Boarding Stuart, Florida: The state of Florida in the United State
Body Detoxing: How Can Paddling Help?: The big question, “How can paddling help
Major SUP Events Cancelled Due To Corona: In light of the CoronaVirus pandemic tha 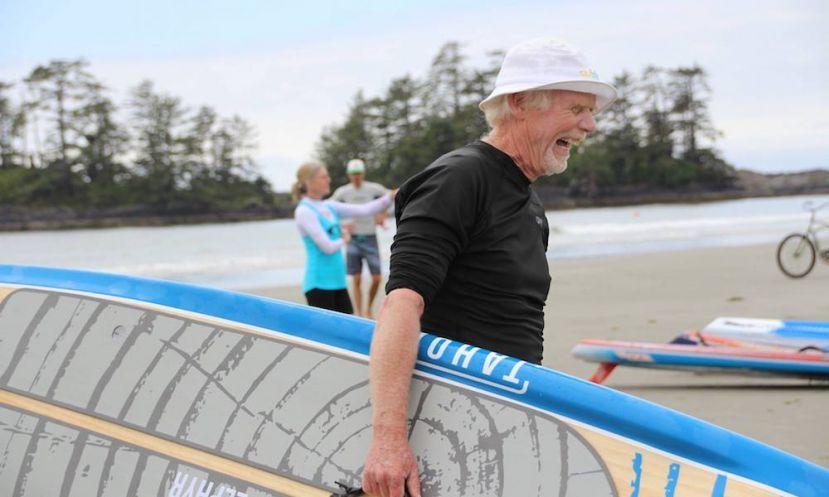 UCLUELET, British Columbia - Stand up paddle environmentalist Bob Purdy has sadly passed away after a battle with cancer. Purdy lived in Ucluelet, British Columbia and had a deep connection to the natural world and its waters. He dedicated several years of his life to stand up paddling and was the founder of Paddle for the Planet and World Paddle for the Planet Day, a global initiative to send a “Wave of Change” around the world.

The SUP legend was a true trailblazer in environmental conversation. Between 2011-2016, Purdy paddled over 2,000 days in a row to bring attention to water and our need to protect it. His journey was beautifully documented in the 2015 film, “The Paddler,” which helped spread awareness about the Paddle for the Planet mission and the importance of keeping our waters clean.

Since his passing on Monday, January 29, friends and supporters from all over have taken to social media to share their memories and condolences. To find out how you can continue Purdy’s legacy in environmental conservation, visit Paddle for the Planet and World Paddle for the Planet Day.