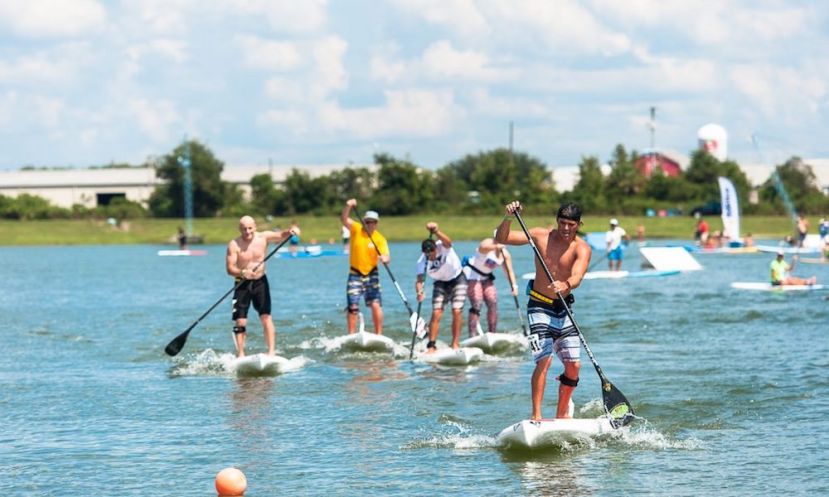 Demo day launched in 2011 as a standalone event the day before Surf Expo and has continued to build momentum. The move was at the request of key paddle retailers and manufacturers seeking an open water, paddle-friendly venue with room for expansion and additional programming.

“Surf Expo is excited to continue to work with our global manufacturing and retail partners in the Canoe, Kayak and Stand Up Paddle space, as we promote Paddle Life at Surf Expo. We are excited to offer a more paddle friendly demo day location,” said Surf Expo Show Director Roy Turner.

Holly Evans, Executive Director of the Stand Up Paddle Industry Association added, "We at SUPIA are excited to partner with Surf Expo for the September show and their newly enhanced Demo Day. To maximize value to all SUP retailers and manufacturers, SUPIA will be incorporating a host of meaningful and timely content specifically designed to help our industry thrive. It is also a chance for the industry to come together to address the challenges we are all facing and to work together to make your business and our industry much stronger.”

Partnering with influencers in the paddle industry, Paddle Life at Surf Expo is part of a long-term strategy that will help to establish a “market home” for all in the paddle community.

"Surf Expo has been an important show for Hobie for many years. Adding to our excitement is the expansion of paddle at this year’s event, both on the floor as well as at the expanded on the water demo," added Hobie's Marketing Director, Sean Douglas.

About Surf Expo Surf Expo is largest and longest running watersports and beach/resort lifestyle trade show in the world. Produced annually in January and September the show draws buyers from specialty stores, major chains, resorts, cruise lines and beach rental companies across the U.S., the Caribbean, Central and South America and around the world. The show is consistently awarded by the tradeshow industry, most recently recognized as Top 100 and Fastest 50 For Growth by Trade Show Executive, and Top 25 Fastest Growing Tradeshow list for growth in attendance, by TSNN. The next Surf Expo is September 7-9, 2017 with Board Demo Day September 6, in Orlando, Florida. Surf Expo is a trade-only event.

Surf Expo is owned by Emerald Expositions, the largest operator of business-to-business trade shows in the United States, with most of our shows dating back several decades. We currently operate more than 50 trade shows, including 31 of the top 250 trade shows in the country as ranked by TSNN, as well as numerous other events. Our events connect over 500,000 global attendees and exhibitors and occupy more than 6.5 million NSF of exhibition space. We have been recognized with many awards and accolades that reflect our industry leadership as well as the importance of our shows to the exhibitors and attendees we serve.