SAN DIEGO, California - Welcome to the very first Supconnect Monthly Recap - the first of 2014 and its kind - our countdown of the biggest news, reviews, videos, interviews and stories surrounding the world of Stand Up Paddleboarding. Every Tuesday we bring you our top stories for the week and now we're going one step further - we’re bringing you a sample of the best stories covered by ourselves and other publications during the month of January.

If you’ve got anything pressing, impressive, relevant, weird or worth reading you'd like to see featured on Supconnect, don’t be shy to share the scoop with us via Facebook. 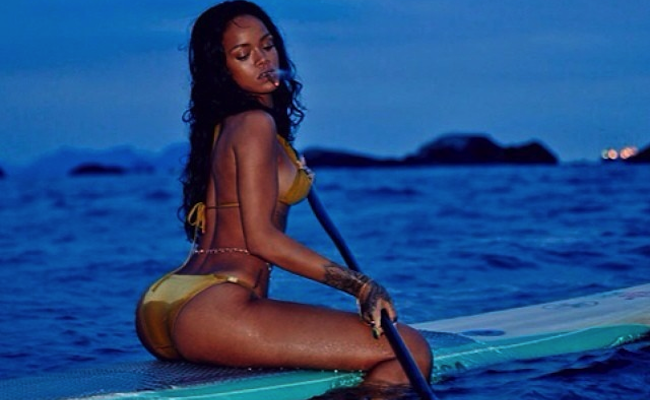 ~ HEAT SCORE {59} ~ When saucy photos of Rihanna and reality TV celeb, Flavia Viana, blow up across social media networks, it takes stand up paddle boarding to a massive audience. It's not always the image of health and fitness we've come to expect from our known athletes (although at times it is), but no matter what your thoughts are about the photos, the stars and the context of the pictures, there's a lingering question that can be asked - are celebs good for the sport if they bring new paddlers into the fold? Supconnect investigates... 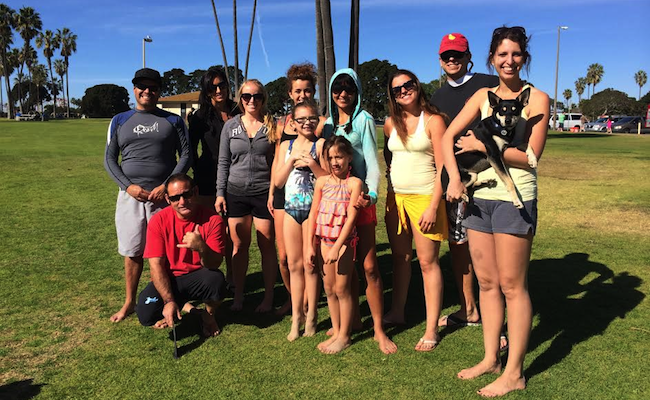 ~·HEAT SCORE {65}·~ Over the last few weeks we've been highlighting the Beckler's family's fight against leukemia, which their four year old daughter, Raelyn, has been battling for almost two years. After Shane Perrin first called for communities to band together this Martin Luther King, Junior Day and host their own events, several athletes athletes set to work organizing events.

Click here to see photos and video footage from the various events.

~·HEAT SCORE {67}·~ SUP Chicks group member, Carla Stoner, had an amazing encounter during a whale-watching session in Cardiff, San Diego last month. Roughly four miles from shore, a tired and dehydrated seal pup took a break on her board and spent the better part of an hour with her - an experience she described as 'spiritual'. 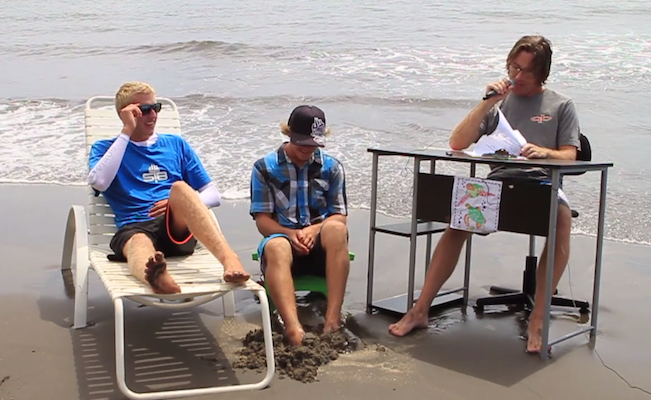 ~·HEAT SCORE {71}·~ The Ultimate SUP Showdown was a big hit last year in the eyes of both competitors and spectators. The unique competition format was brought to life by Boyd Jeffery, who took SUP Racing, SUP Surfing and married them together, forming the Ultimate SUP Showdown (read the full Supconnect interview with Boyd for more details). While official word on the event status in 14 is still under wraos, Boyd has released this cheeky and fun clip with Connor Baxter and Zane Schweitzer, who will be hosting the Showdown's new online TV Series. From getting their toe-nails polished to teaching hotties how to surf, the show is set to cover the light-side of the SUP lifestyle. They're a whacky duo, those two, and watching them get silly on a regular basis sounds like fun. 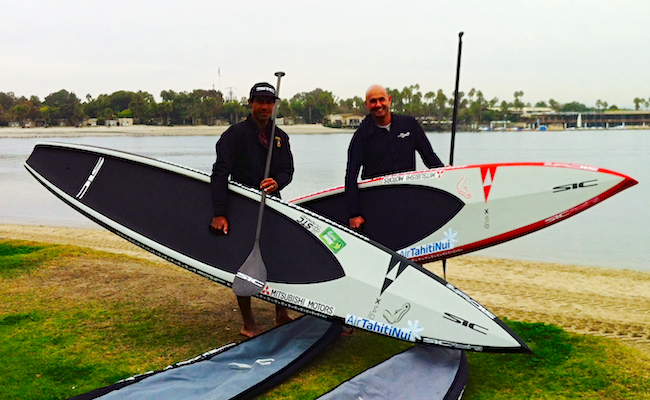 ~·HEAT SCORE {80}·~  On Friday, 24 January, 2014, Supconnect spent the morning with SIC Maui athlete, Georges Cronsteadt. The day started with a quick demo down at Mission Bay, site of the Hanohano Huki Ocean Challenge, the race that initially brought the Tahitian paddler to town. After a good session and some filming down at the bay, we headed back to the Supconnect studio for a bit of serious Q & A with Erin Robbins. In this exclusive interview, they covered Georges big year, which includes new sponsorships, a shift in profession, his new boards and travel plans.