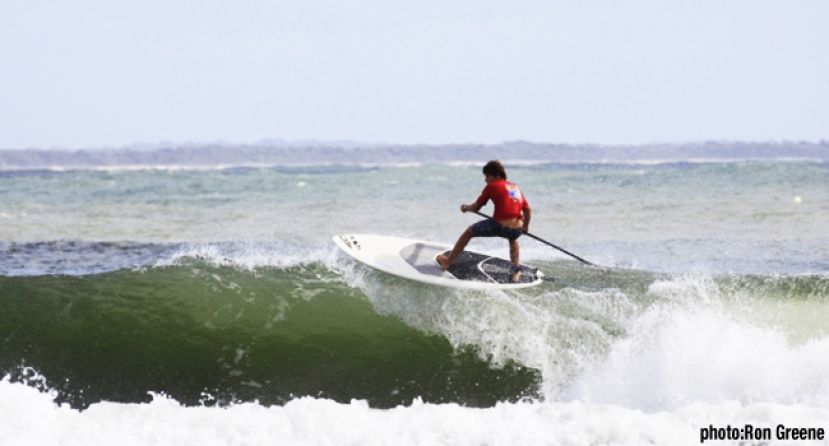 NOOSA HEADS, Australia — One of Noosa’s stand up watermen credited with bringing a surfing revolution to Australia is set to paddle off into the sunset after his successful business was rejected by the Sunshine Coast Council.

Chris de Aboitiz and his offsider Woogie Te Manu Marsh are synonymous in surfing with pioneering stand up paddling in Noosa and around the nation, but all that counted for nothing when it came time for council to select a tender for the one and only permit to do what they do best. And that is introduce locals and visitors to their fabulous world of fun and fitness – something Mr de Aboitiz has been doing to great acclaim at the Noosa Heads Lions Park for six and half years.

And for about the past three years Mr de Aboitiz has been joined by his Stand Up Paddle Surfing business partner Hayden Stintman, who is now staring down the barrel of losing his personal $80,000 business investment.

His father Harry, the company spokesman, said his son was headed for bankruptcy when their permit is awarded to the successful tender at the end of the month, while Mr de Aboitiz is simply heading out of Noosa for more welcoming shores. “Chris is pretty well gutted,” Mr Stintman said. “He’s out – we’ve lost him to the town, he’s pretty well had enough.

“Why did someone who was a pioneer in the stand up paddling industry not get currency for that – he got none.” Mr Stintman said Mr de Aboitiz had been the best man for the tender if his track record of running business on the Coast for 25 years had been properly taken into account. “It’s more than a business to Chris, he wanted to promote stand up paddling and Noosa.

“Queensland Tourism are changing their whole advertising campaign and we’re part of it. What we’re doing is promoting Noosa,” he said. Mr Stintman also questioned the reasoning behind council offering multiple permits for surf schools and other beach activities, while restricting the stand up operations in Noosa to just one company. “Why is there now a monopoly – monopolies are a bad thing.”

Mr de Aboitiz said he was still struggling to comprehend the approach to the permit system from council. “Something is not right when they do not even bother to consult with people like myself, Josh Constable (champion Noosa surfer) and Woogie about the approach to stand up paddling here – we have about 100 years experience as watermen between us.”

Mr de Aboitiz believed co-locating the stand up permit to the open beach between the Noosa groynes was potentially dangerous. He and Mr Stintman will consult with the Member for Noosa Glen Elmes next Tuesday in an attempt to see what further avenues are open to them. A council spokeswoman said she could understand the concerns over a monopoly but the whole tender process had been designed to strike a proper balance with these activities on public land.

Community policy and programs portfolio Councillor Jenny McKay, said the tender process had been extensive and transparent. Noosa Councillor Lew Brennan said the community will receive improved recreational opportunities and a level of certainty around how intensely public land is used for commercial business. footnote from Stand Up Paddle Surfing-Noosa Support our plight to continue to operate our business about this injustice! Email local councillor Russell Green: [email protected]