Awards
updated 8:00 AM PST, Mar 1, 2020
Headlines:
San Diego: The Ultimate SUP Destination: With constant sunshine, ocean views, and
Nutritional Tips for Finding Balance On : Professional and competitive stand-up pa
Tenth Anniversary Carolina Cup Gains Key: The Carolina Cup, one of the largest gat
Weekly Recap 2/25/2020: Welcome to the Supconnect Weekly Recap,
SUP Surfing - Things To Know: Ever wonder what you need to know when i
SUP Pictures By Sam Aiken Photography: In our photography series that showcases
4 Hot Spots In Southern Oregon: The whole state of Oregon is absolutely
Tricks for Making SUP-ing Just as Easy a: Older adults who participate in regular
SIC Maui Signs Lincoln Dews to Global Te: SIC Maui just announced that champion pa
5 Tips To Help You Have A Successful SUP: With the SUP racing season right around 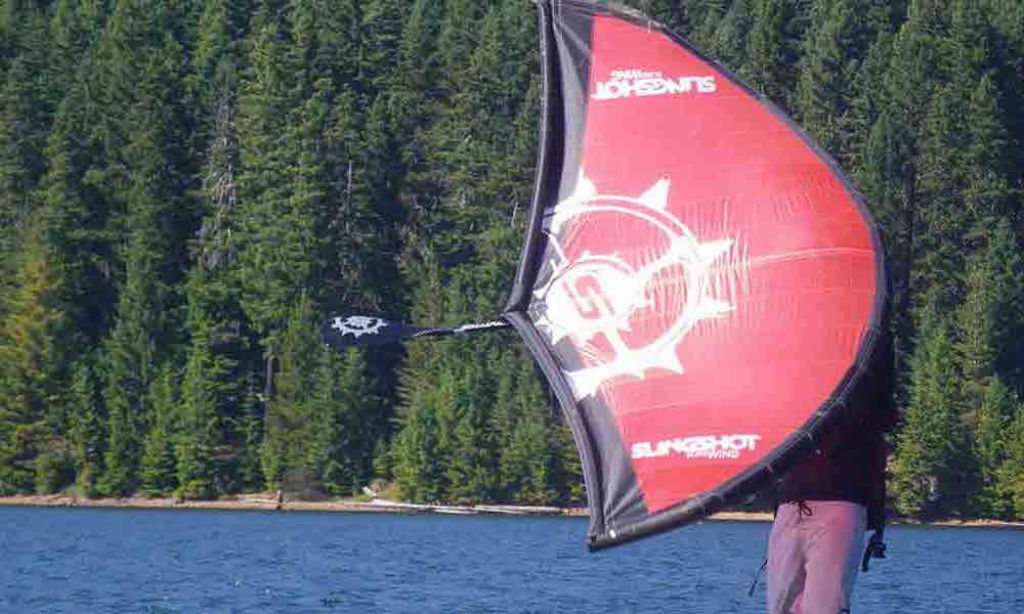 HOOD RIVER, Oregon - If you're an avid standup paddler or someone who loves foiling, Slingshot is launching a new product that is going to make your time on the water that much more fun. Enter the Slingwing. The Slingwing is something that the crew at Slingshot has been perfecting for nearly a decade and is an accessory of sorts that will make windy days way more appealing to those who normally shy away from those conditions.

In short, the Slingwing is an inflatable wing that you can hold onto while paddling or foiling that when used in windy conditions will help provide propulsion when engaged properly. The best thing about the Slingwing is how easy it is to use. You need solid board and foil skills, but you don’t need any kite or windsurfing skills to make it work on your first session. You will need a board with enough volume to float you and enough wind to propel you forward fast enough to get moving and up on foil.

Tony Logosz, Slingshot co-founder and designer, first developed the Slingwing in 2011. The concept was inspired by a horizontal sail called the Wind Weapon, introduced by a windsurfer decades ago in the Columbia River Gorge, and more recently by a rigid frame-supported device called the Kitewing- both of which were inspired by hang gliding wings. 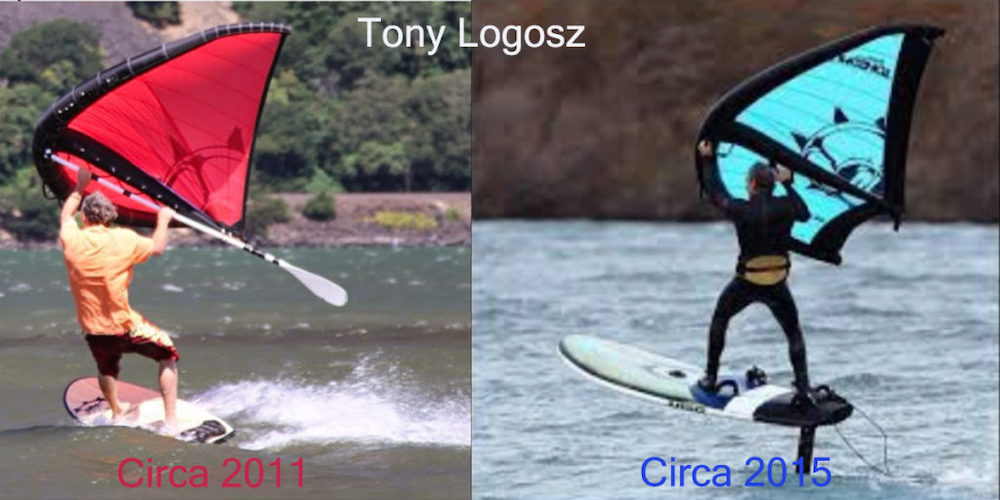 The Slingwing was a few years ahead of its time when Logosz made the first prototypes 2011. In Logosz’s words, “We knew the Slingwing was a cool idea in 2011, but it wasn’t until the evolution of foiling- and more specifically the development of big performance foil wings with tons of lift and speed- that we saw a practical application for the creation. ”Tony brought Slingwing out of the closet in 2015 to test it with one of the new, larger foils he was developing. He was up and foiling instantly and was able to cut upwind, cruise downwind and ride swell for the first time without the aid a windsurfing sail or kite. He posted a few photos of the session on social media, and when people from around the world responded with interest and intrigue, we knew the Slingwing would soon see its day in the sunshine.

Now, in 2019 the Slingwing is finally ready to hit the market and waterways near you. Some of SUPs best foilers like Maui's Jeffrey Spencer has gotten his hands on one prior to the production release and he seems to be having an absolute blast. See a clip of him using the Slingwing at home with his SUP foil on Maui below.

The first production models will be released this summer. To learn more about the Slingwing, it's history, evolution and more, head over to Slingshot's website and learn all about it.