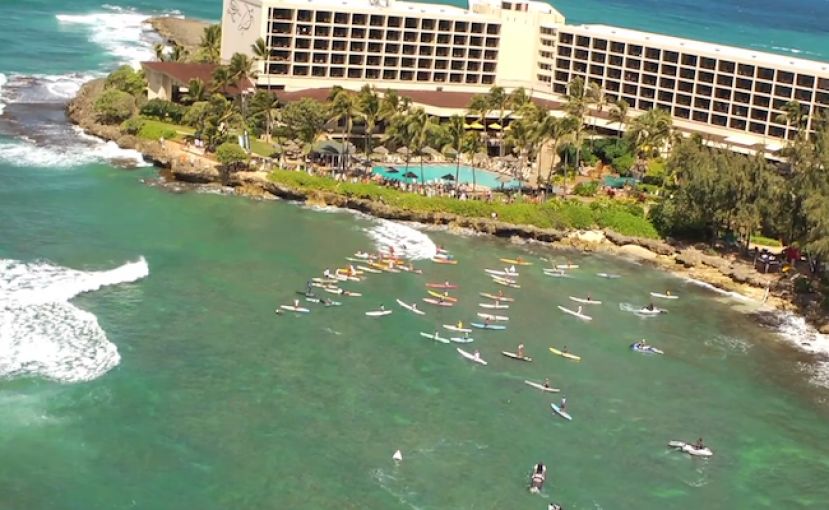 TURTLE BAY, Oahu - This weekend the best standup paddle racers will go head-to-head in the Standup World Series Finals at Turtle Bay Resort presented by Naish. The finale is comprised of a long distance race from Turtle Bay to Haleiwa as well as the World Series Sprints that will be held on the west side of the resort.

The event will also host a Na Kama Kai Youth Clinic for the North and East shores kids from 8:30am on Saturday 11th morning and then a unique Na Kama Kai U16 Sprint Race on Sunday morning to showcase and celebrate youth participation in the sport.

Although Connor Baxter (Starboard) has already won the World Title, it’s inevitable that the top guys will be fighting for the event win to end the year on a high note. You can bet that Kai Lenny will be fired up after his recent victory at the BoP and that Zane Schweitzer will be looking to have his name on top after taking the European Cup earlier in the year. Then, we have young gun Mo Freitas who just got 2nd at the HB Pro and Jake Jensen looking to repeat his win from last year at this event. Even though the champ has been crowned for the year, the battle is not over for the rest of the field.

For the women, we will be sure to see an action-packed couple of races to see who will snatch the Women’s World Title. Lina Augaitis (SIC Maui), the current ratings leader, is the favorite coming in to this event, especially off of her huge victory at the Battle of the Paddle. Although Lina is in the lead, Angie Jackson is hot on her heels and definitely won’t go down without a fight as she will push hard to get the win and hope for the eventual World Title. The rest of the field is stacked and it will be interesting to see it all go down over the weekend.

If you can’t be there in person to watch the excitement unfold, there will be a live webcast, courtesy of the Waterman’s League. Watch the live webcast on the Supconnect homepage!!