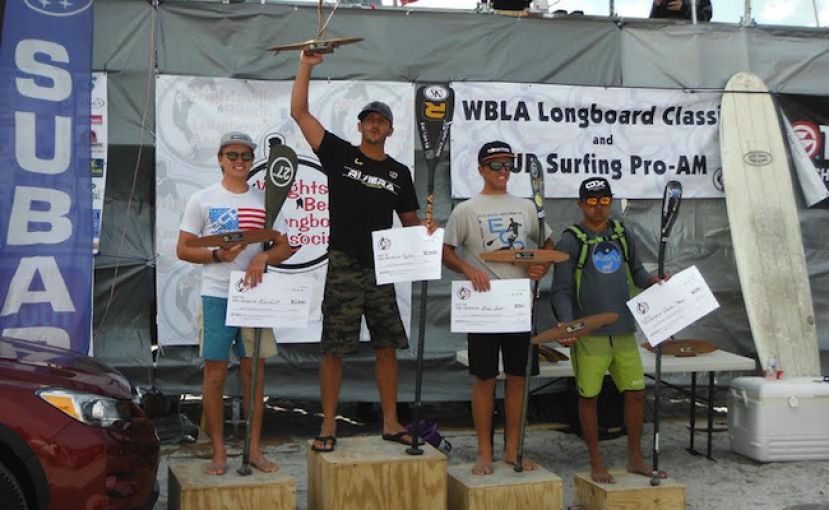 Ryan Helm at top of the podium

WRIGHTSVILLE BEACH, North Carolina - The 2014 WBLA (Wrightsville Beach Longboard Association) Ocean Fest Pro-Am was held yesterday in thigh-waist high conditions at Wrightsville Beach's "L-Shaped Lot." Once again, Wrightsville showed why it is one of the most supportive communities of anything Standup or Surf related; with 117 entrants, this event is now the largest Longboard/Standup event on the East Coast.

This was the first year that a Pro Division has been included in the WBLA Event. Jason Colclough, owner of the Carolina Paddleboard Company, was approached by the WBLA about building up the Standup division of this already well established event. This community is so supportive of anything Standup, that Jason raised the $4000 purse within a matter of days; a large portion of which came from local banks, real estate groups, construction companies and law firms.

The Standup Division had 39 competitors and was broken down into Women's, Open and Pro Categories. The Pro Division drew competitors from the Mid-Atlantic, Mexico, California and Florida, and actually had more entries than the Pro Longboard Division. With well known names like Helm, Boehne, Grant, Perez, and local chargers Covington and Silvagni (2011 ISA World Longboard Champion), this may have been the most stacked field ever compiled on the East Coast. 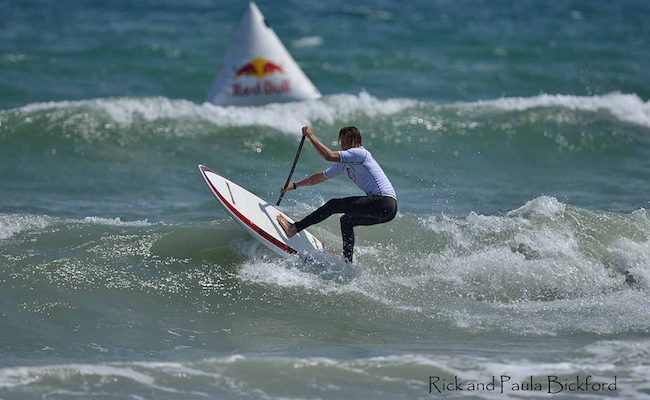 After fighting their way through 3 rounds, the Pro Final consisted of Riviera Team Rider Ryan Helm, Giovani Perez (Mexico) and Florida Standouts Fisher and Kieran Grant. Although the surf had deteriorated some as a result of onshore winds, these four still put on a show. The level of SUP surfing shown by this group, as well as Dave Boehne performance in the semifinals, was best illustrated by the fact that someone remarked to me on the beach after my heat "Haywood, I hate to tell you this brother, but these guys make you look like you're in slow motion!" 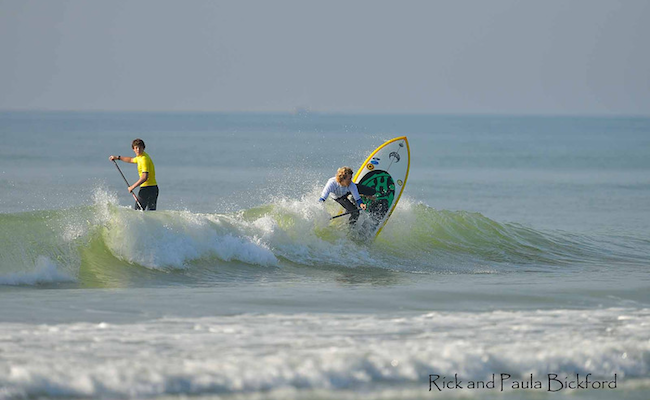 It was a dogfight to the end, with each of the competitors making the best of the remaining swell. But Ryan Helm's progressive moves on his Door 3.0 sealed the victory and the $2000 1st Prize. Fisher Grant ($1000), Kieran Grant ($750) and Giovani Perez ($250) left the podium with checks in hand; and a new found respect from this community about the level of performance that can be achieved on a standup paddleboard in the surf. 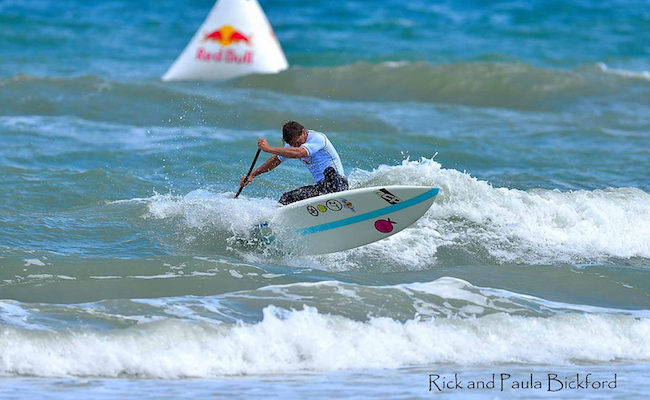 The WBLA put on another first class event and raised almost $5000 for academic scholarships in the process. The leadership of this group and its commitment to this community are why the WBLA is one of the most well respected non-profit groups in Coastal North Carolina. Plans are already taking place so that next year's event will be even bigger and better. Several West Coast Teams have already committed for 2015; SUP specific judges have been contacted; heats will be manually re-seeded after each round; and a larger purse is anticipated.