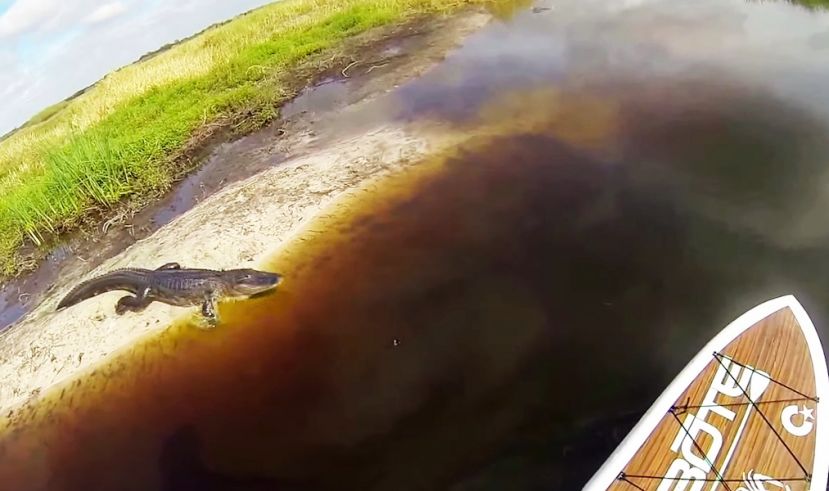 SARASOTA, Florida - Paddle boarding is one of the awesome sports that lets you explore areas on water, many times inaccessible by foot. There are tons of creatures and wildlife that can be seen while paddle boarding and Florida is a place where you can paddle alongside anything from manatees, dolphins, sharks and of course, alligators.

Alligators are members of the animal kingdom that can be pretty dangerous to be around. At the end of January 2015, Nick Halloran, (who we've reported on before for catching a massive cobia on his SUP) went paddle boarding with a few of his friends through Myakka State Park in Florida and they came across quite a few gators, getting pretty close at times. There is even one point in the video where there is an extremely close call and he almost gets knocked off his BOTE board by the gator.

There have been a number of mixed feelings that have been expressed upon seeing this video. Some saying that boundaries were crossed..Watch the video below and tell us what you think.