SUP Fishing is all the craze these days and is becoming a very popular SUP-hybrid activity. Recently, a SUP fisherman was able to catch, and reel in, what might be called the largest fish caught by a paddleboarder. 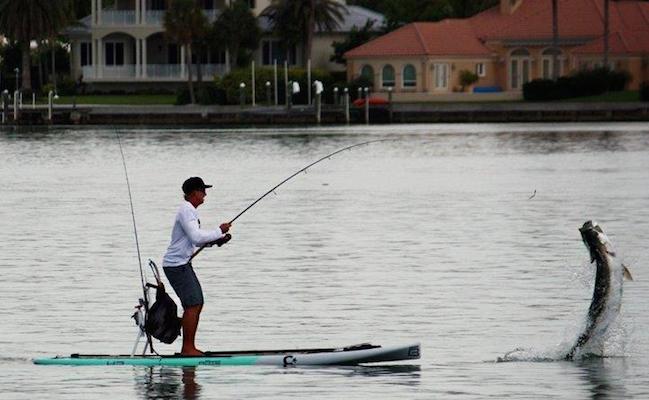 SARASOTA BAY, Florida - 20 year-old college student Nick Halloran is like any other college kid enjoying his summer vacation. He enjoys the outdoors and just bought a new BOTE paddleboard to try out. Nick decides that he wants to go fishing on his SUP and had no idea what he was about to encounter.

Nick casts his line and ends up hooking something. He begins to reel in his catch and realizes that this will be no easy feat. After taking about an hour and a half to reel in, Nick ends up with a 150 pound Tarpoon, in which he ended up letting go. In a case of being at the right place at the right time, photographer Roger Ierardi was able to capture Nick’s entire ordeal with his camera!

This will certainly be a day that neither Nick, the fish, or Roger will ever forget!