A youth resorted to a makeshift stand up paddle board to find his way through an area devastated by floods in Rio de Janeiro, Brazil. Follow Supconnect on Facebook to receive some of the latest sup news. 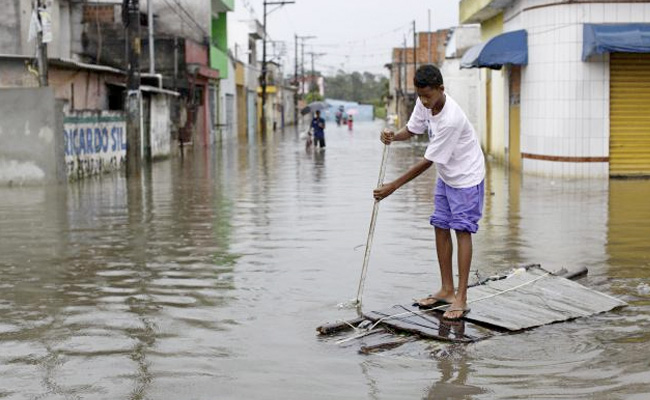 Youth improvising a stand up paddle board in the mountainous area of Rio de Janeiro, Brazil.

PETROPOLIS, Rio de Janeiro – The mountainous area of Rio de Janeiro, known for its weekend homes for the affluent and get away destinations, was under siege by heavy floods and mudslides this time of the year in 2011. Over 400 lives were lost and thousands of people were displaced as a result. In the midst of the chaos, a youth’s ingenuity landed him on a stand up paddle board.

With a few pieces of wood, some rope and a stick, a local boy assembled a makeshift stand up paddle board to help him navigate through the flooded areas of his neighborhood. Water levels reached head-high in some areas, debris was scattered everywhere, and fallen electricity polls turned the streets into electric “mine fields.” Standup paddling, also called “sup,” is known to have roots in fishing and lifeguard rescue, just recently evolving into a largely recreational sport. Now, as the local youth from Rio clearly exemplifies, stand up paddle boarding can have highly improvised constructions and put to work in some of the most dire of situations.

Have you seen sup in some other unusual context?