Awards
updated 8:00 AM PST, Dec 5, 2021
Headlines:
Events of the Month: December 2021: Attending a standup paddle boarding even
10 Tips to Prepare and Pack for the Ulti: Picture it now: you and your best friend
Puerto Rico To Host 2022 ISA World SUP C: The International Surfing Association (I
Weekly Recap 11/30/2021: Welcome to the Supconnect Weekly Recap,
SUP Pictures By Nicholas Spooner: We all can appreciate a good photo when
4 Advanced SUP Yoga Poses For Experience: Once you learn and get comfortable with
Top 5 Locations For Paddleboarders To Me: Whether you are new to this sport or you
Reasons To Be Thankful For Paddle Boardi: Paddle boarding is currently one of the
Preparing for Your Winter SUP Escapades: If nothing can get in the way of you and
Weekly Recap 11/23/2021: Welcome to the Supconnect Weekly Recap, 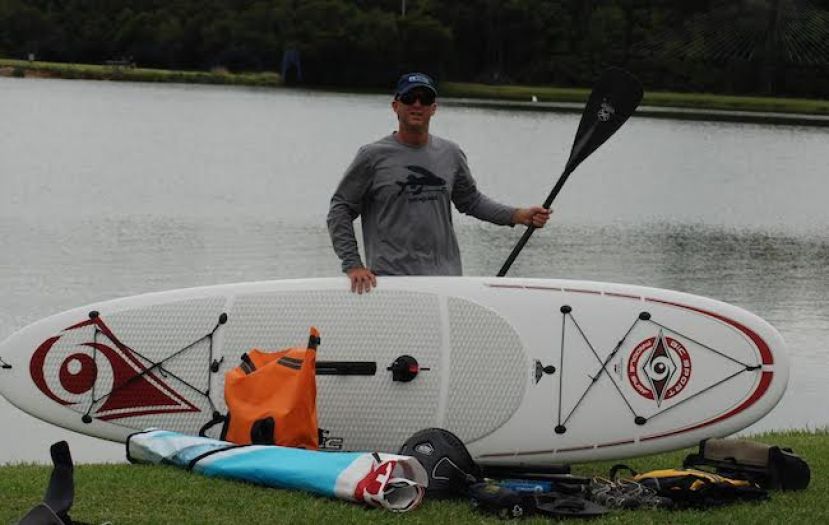 Justin Schaay talks about his experience doing the Watertribe North Carolina Challenge, which is a 90 mile unsupported race around Cedar Island NC.

The NCC distance is roughly 100 miles depending on your course selection. This challenge is a circular race in a counter-clockwise direction with start and finish at the same location on Cedar Island. You must checkin at Beaufort. There is an overall maximum time limit of approximately two days.

The NCC and NCPC are run as an unsupported, expedition-style adventure races for kayaks, canoes and small boats. Your safety and well being are completely up to you. You should be an expert kayaker and/or sailor before you consider this challenge. Although this event is not an open ocean race, the location is coastal, subject to the same weather patterns and conditions one finds beyond the narrow barrier islands and impacting the shallow sounds.

Expedition-style means that you should carry the same type of equipment and supplies that you would carry on a major expedition. Camping equipment, food, water, safety, communication means, etc. is required. Please read the WaterTribe Challenge Equipment List (in the Rules PDF), which details required equipment for a Challenge. Please choose your equipment needs carefully. Everyone must also carry all safety equipment as specified by the Coast Guard, local regulations and common sense. 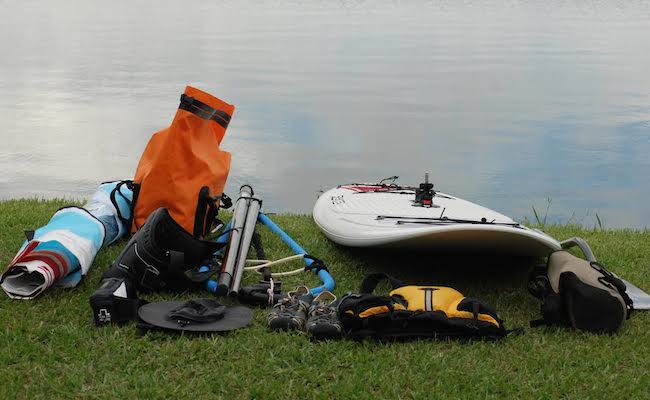 For the NCC my plan was to SUP the race but that all changed when I heard there was a small craft advisory and predicted winds of 15-25 NE.

On the morning of the race the wind was kicking in and it looked a little blustery, little rollers were cruising into shore and I made a change. I went with the Bic Wind SUP, basically a 11’6” Bic SUP with a small daggerboard and track for attaching a sail.

After the start I made my way out, passed the surf and ferry terminal on Cedar Island, turned the corner and was happy to be reaching for the Neuse River. Once in the river it was an amazing downwind run surfing swells the whole way. The board handled the windy conditions really well and I made good time to Clubfoot Creek and into the Harlowe Canal, which is also known as the Slave Canal because it was deepened by slave labor and was part of the IWC. It’s one of the oldest canals in the US and was originally created by Indians living in the area. I really enjoyed the paddle through here and it was very tranquil and scenic. Once out of the canal it was a short sprint across Newport River and into Taylor Creek and the Beaufort Check Point [CP1].

I was lucky enough to get into the CP in first place and in record time 7hrs. 42min. but I knew the pack was chasing. I was also dreading the next leg as it would be pay back for the fun downwind leg. It was a slower ride along picturesque Beaufort waterfront and over to Harkers Island and then turning the corner and out into the Core Sound.

The wind was picking up and after taking a break just off Browns Island I met up with another competitor and we decided to camp. Neither of us been too fond of heading out into the Sound at night not knowing the area well. Although it was tough to know others would push through I think it was the right choice as all reports were it was rough out there. Two kayakers pushed through the night trying to find a little shelter from the wind inshore. 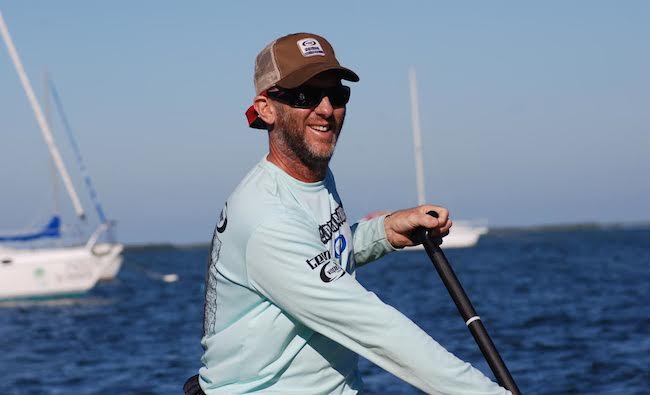 The next morning the NE continued and I braced myself for the uphill battle against a strengthening breeze. Unfortunately the SUP was not designed for beating upwind and the slow process of zigzagging toward the finish began. What should have been a 28 mile journey turned into a much longer 54 mile slog. It was the same battle for everyone though and I kept pushing on wishing the next headland I rounded would be the last. I started out at 6:30am and finally at around 4:30pm. I rounded the last headland and made my way to the finish. It was such a relief to get to the finish.

The scariest part was the wind and pound nets. The wind, which was fun for the downwind section, then became a nightmare once through the checkpoint in Beaufort and turning the corner into the Sound. Facing Core Sound at night with strong wind and upwind conditions was rough and heading for shelter was the way to go. Especially since there are these pound nets scattered around the sound that are unmarked and very difficult to see. Locals use them to catch fish and they are barnacle encrusted wooden stakes with nets strung between them and very hard to identify and navigate even during the day.

The best part of these trips for me is the exploration. Discovering new places and the Harlowe canal was it for me on this one. It’s a narrow man made trough, lined with trees and very tranquil compared with the wild ride we had just had on the Neuse.