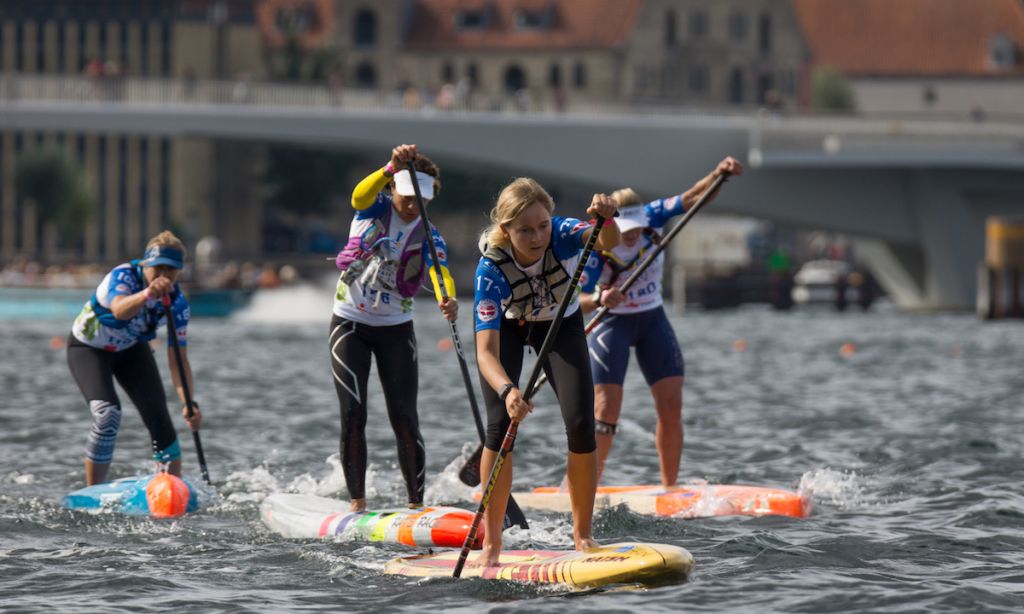 The Women’s Distance Race takes to the water at the 2017 ISA World SUP and Paddleboard Championship in Copenhagen, Denmark. | Photo: ISA / Sean Evans

LA JOLLA, California - The International Surfing Association (ISA) has referred the ongoing dispute with the International Canoe Federation (ICF) over the governance of StandUp Paddle (SUP) to the Court of Arbitration for Sport's (CAS) Arbitration process, seeking a resolution in the best interests of the athletes and the sport.

The ISA and its National Federations have invested considerable time and money into the sport since 2008; organizing the annual ISA World StandUp Paddle Championships, growing the discipline in new markets, and working for SUP's inclusion in a range of multi-sport events. The ISA's long term governance role has been challenged by the ICF since late 2016. After no resolution was found through direct discussions with ICF and then CAS Mediation, and in line with the desires of the Olympic Movement to find a swift solution on the issue, the ISA has formally opened up a CAS Arbitration process.

On 6th July, elite athletes competing on the Association of Paddlesurf Professionals (APP) World Tour declared unanimous backing for the ISA. ISA President Fernando Aguerre has called for a full and final resolution of the dispute with the ICF through the CAS process.

"The ISA has always been committed to working in the best interest of the athletes, the Olympic Movement, and the sport of StandUp Paddle, and as such we want to resolve this ongoing issue so that the important work of growing SUP around the world can continue undisturbed, as it was since day one in 2008.

Since we were regrettably unsuccessful in our efforts to find a solution through CAS mediation, the ISA has now submitted the necessary documents to CAS to begin the Arbitration procedure. Ultimately, the athletes are the most important aspect of any sport, and we will continue to do all we can to serve their best interests. We believe that ending the current dispute through CAS is a sensible way forward and we hope to proceed swiftly to a resolution, for the good of the StandUp Paddle community.

The ISA, as the long-standing governing body for StandUp Paddle, has been proud to support the growth of the sport over the last decade. The CAS process can now provide clarity about how best that growth can continue."

About The International Surfing Association: