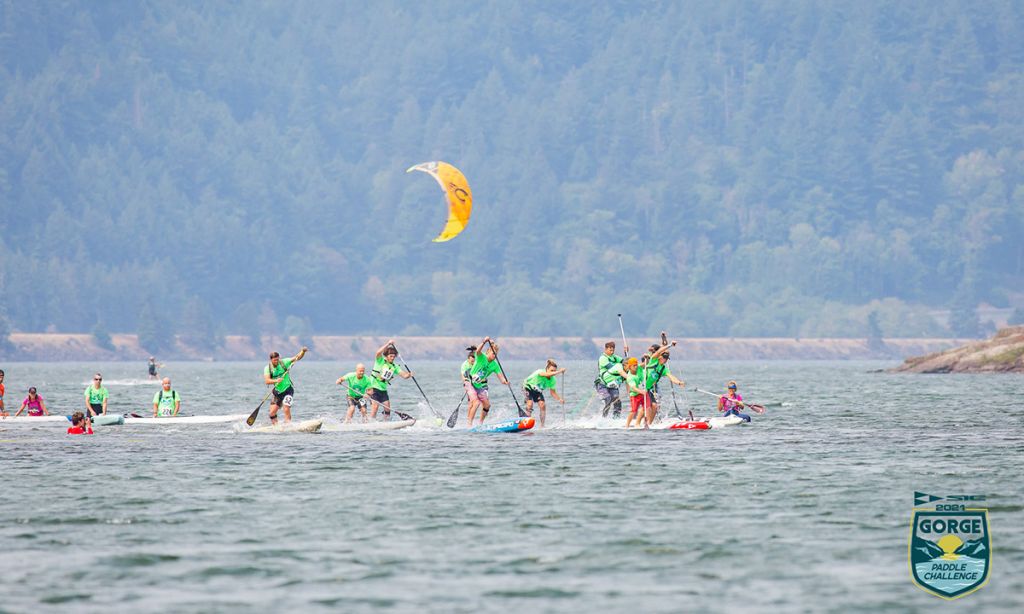 HOOD RIVER, Oregon - The SIC Gorge Paddle Challenge is back for the first time since 2019, and the atmosphere was buzzing with excitement for 262 athletes who were thrilled to be on the race scene again. The steamy 105 degrees start to race week with no wind had everyone wondering, will the Gorge deliver? Then on Friday, the winds finally arrived, blowing 20 knots with gusts up to 30 by Sunday. The Gorge was on and racing began.

This year the SUP downwind elite crowd was a bit smaller because of international travel restrictions in place. At the same time, the open and youth division packed a healthy group of paddlers, which is exciting for the growth of the sport. Hometown hero and Starboard athlete Fiona Wylde tood the win for the women in the downwind elite race followed by SIC Global Athlete Jade Howson in second place. For the men, Veteran Connor Baxter took home first with Josh Riccio in second and Bernd Roediger in third. A highlight in the men's elite race was witnessing fifteen-year-old SIC Youth Development/Global Athlete Bodie Von Allemon stepping up against the elite men and landed an astounding 5th place among the race veterans.

“The vibe was powerful this year at GPC. You could tell everyone was so excited to be back racing again.” - SIC Global Athlete Jade Howon

“I’ve been waiting to race in the elite division, and I did well this year in the men’s open race leading up to GPC. I love the challenge of racing the fastest people. I felt like it was time to step it up and give it a shot.” - Youth Development/Global Athlete Bodie Von Allmon 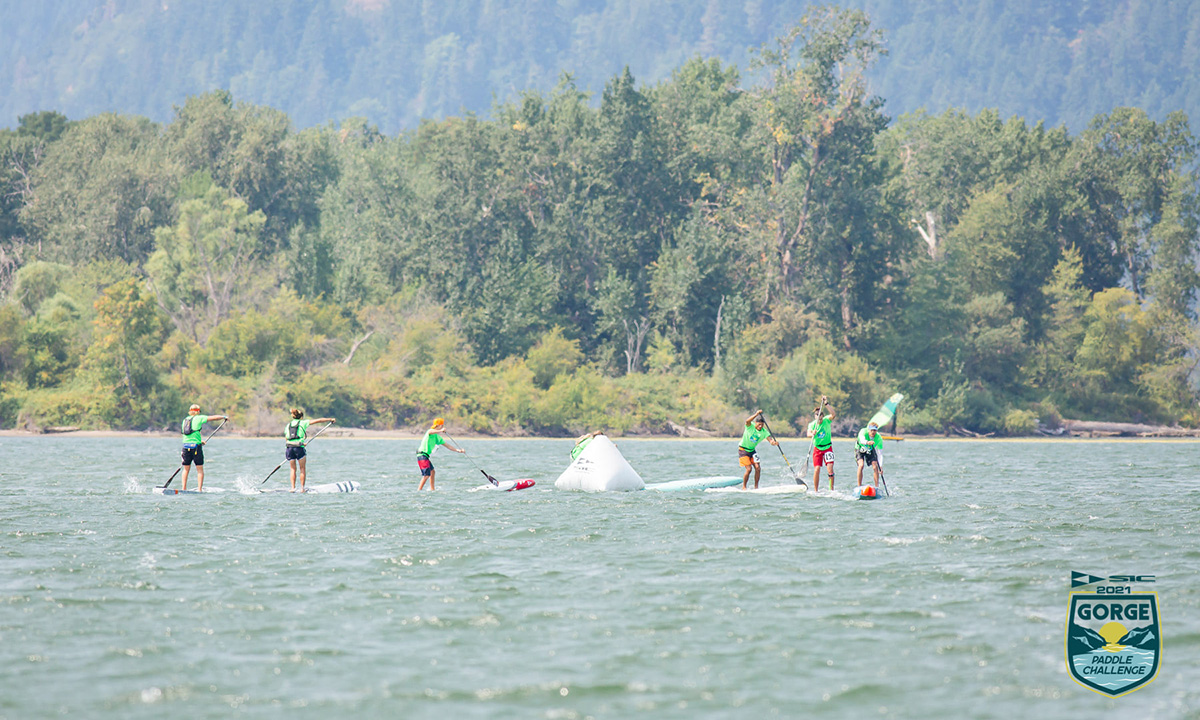 The highly anticipated SUP racecourse event is always a spectator favorite at the Gorge, featuring ample viewing of the upwind grind, the buoy of doom, and the tight "W" buoy section, strategically placed in front of the announcer stand. All of this is to be paddled in a nice light breeze - 20 knots of wind. There were spills and thrills throughout the day, and local knowledge helped Fiona Wylde take a win here with Jade Howson bringing home 2nd in the Women’s Elite. For the men, Connor Baxter did a double win as well taking first followed by Itzel Delgado in second and Josh Riccio in third. Another big shout out to 15-year-old Bodie Von Allmon for challenging himself yet again in the Men’s elite category, taking home 5th. 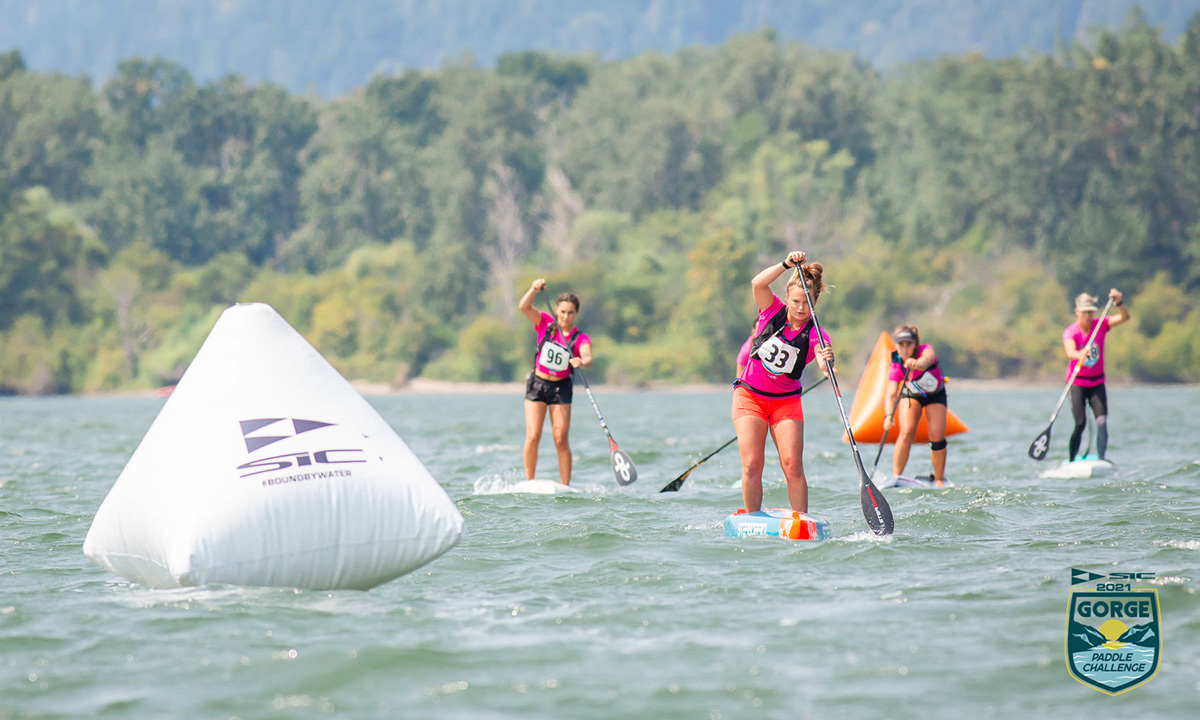 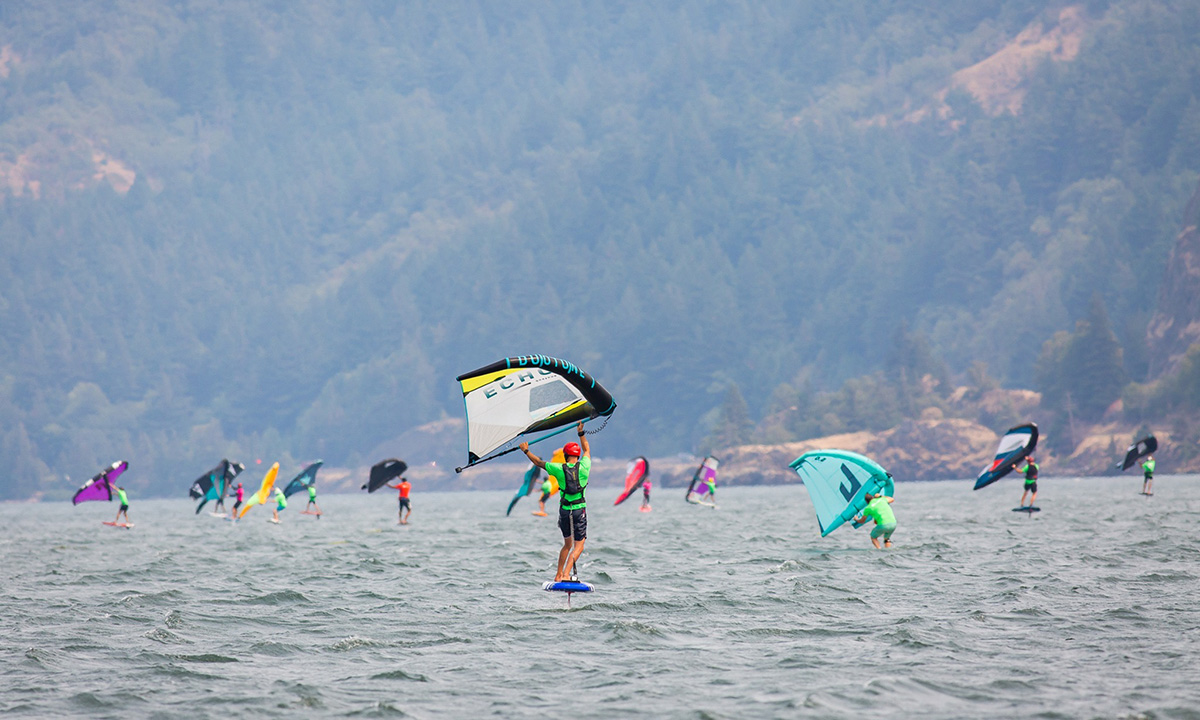 The Gorge has long been a sought-after U.S. destination for downwind paddling, and the recent addition of the wing foil category has attracted some of the biggest names from Maui, where wing foiling is already on fire. SIC Maui Waterman Livio Menelau made the trek to the mainland along with Maui wing foilers Jeffery and Finn Spencer, Chris Pagdilao, Alex Aguera, Scott Trudon, and William Winner. Over 50 participants competed in the wing foil downwind category, with Jeffrey Spencer taking the win over his brother Finn in second.

"At the start of the race it was amazing to see wing foilers spread across the entire width of the Gorge and this is just the beginning of the sport." - SIC Waterman Livio Menelau 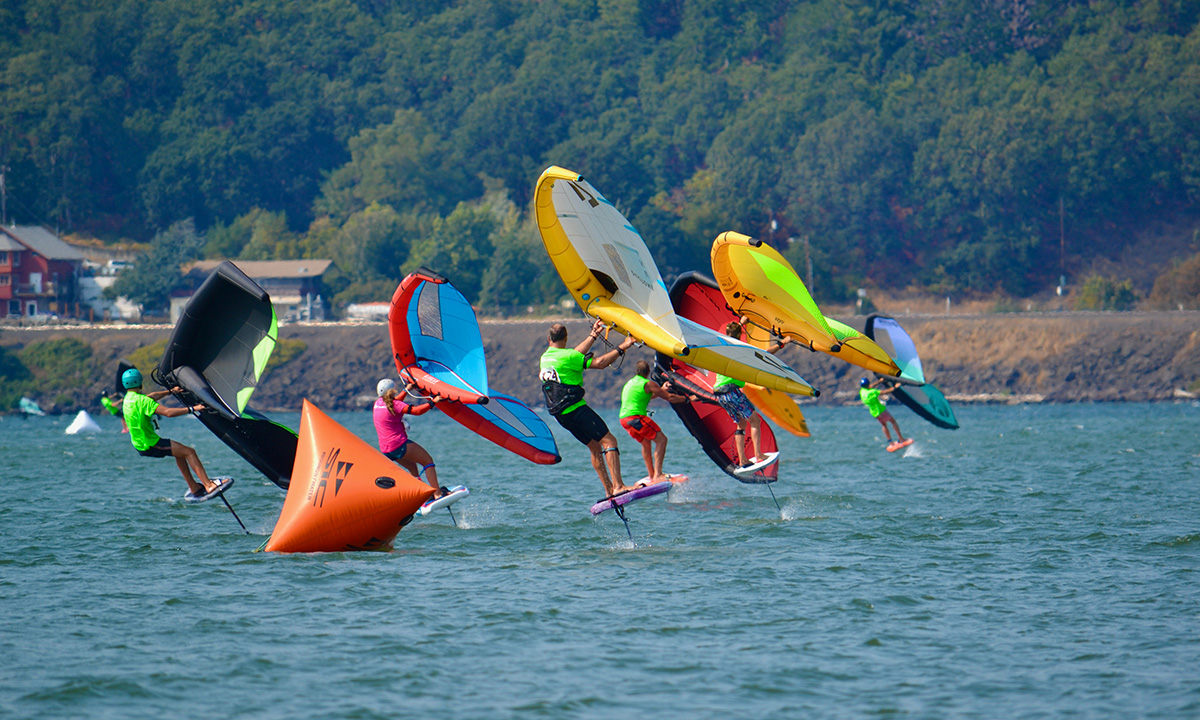 The wing foiling racecourse event at the Gorge was the first of its kind in the U.S. This four buoy course with a flying start challenged participants to be in the right place at the right time to grab an early lead. Spectators had an exciting view of the inside buoy section where the wind pattern changed, challenging wing foilers to stay on foil and then maneuver around those struggling or down on the course.

Always a favorite set of races to watch are the youth paddlers, the up and coming generation of our sport, take on the Gorge. This year was no different as the youth stepped up and showed up turning heads and bringing outstanding performances. A few stand outs were Maui's Bobo Gallagher who took home first in the Downwind Groms race followed by Supconnect's 2021 Grom of the Year Jameson Roeber. Mary Rose Kissinger was also a standout for the Junior Girls competing and doing incredibly well in both SUP and Wing divisions. These youth paddlers are the future of our sport and we are excited to see how they will impact the paddling scene forever. 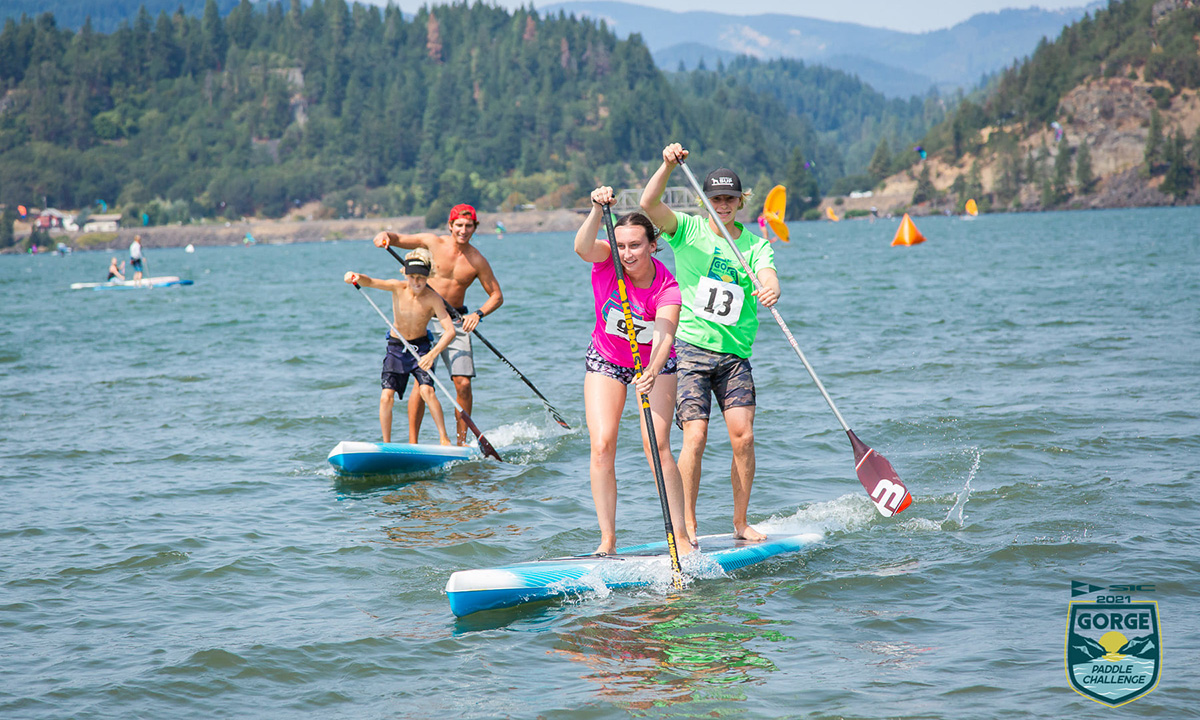 The late Steve Gates from Big Winds brought to life the SIC Gorge Paddle Challenge to help grow the paddling community. In that same spirit lives One Class Racing, a fun recreational race for new paddlers interested in entering the race scene. The One Class Race is always a highlight at the Gorge and this year participants had a special request - tandem racing. Smiles and laughing were the main focus.