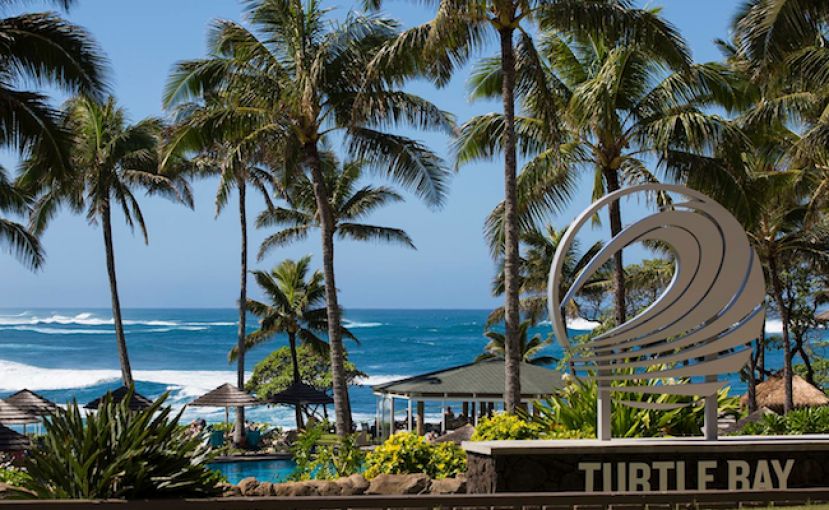 OAHU, Hawaii - The Turtle Bay Resort is widely regarded as the ultimate surf and SUP hotel, because of its incredible location and amenities, amazing ethos and the countless ways it embraces the aquatic lifestyle. Fresh after hosting the second annual Turtle Bay Women's Pro and the Sunset Beach Pro, the iconic resort now has its focus on several big events through the year - Wanderlust, a Surf Realization and Yoga Retreat hosted by Gerry Lopez and Kai Lenny, and a few other gems. To find out more about what to expect at Turtle Bay in 2014, we spoke with the resort's Experiential Management Consultant, Mark Taylor. 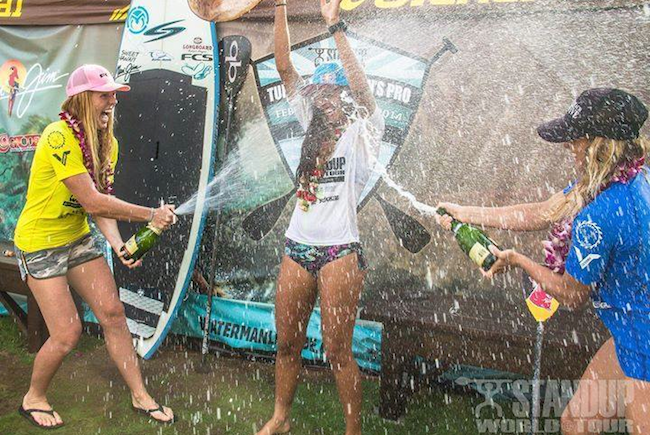 Supconnect: It's been a busy month for Turtle Bay with the Stand Up World Tour contests wrapping up. How did that go?

Mark Taylor: The contest went great. It was fantastic. The depth of the field has progressed significantly, especially on the women's side. We held the Turtle Bay Women's Pro for the second year in a row and we ran in pretty solid, 6-8 foot Hawaiian conditions, and all the girls did really well in managing some seriously challenging conditions. They did more than just handle the paddle-outs and mange, but the level of surfing was beyond anything we've seen before.

The men's event was great, except it wasn't the 20 foot plus conditions we've seen every year in the past. We definitely had some waves, but it didn't have that extra oomph. We've had a really stormy last three weeks and it was contestable, but not ideal. Still, it was a great final and seeing Kai come in second was great - he's a wonderful ambassador for Turtle Bay and to see him on the podium was great. 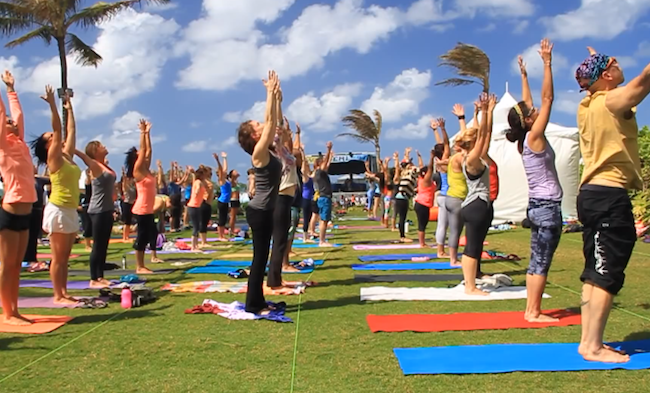 Supconnect: There's not much of a break in the action at Turtle Bay. I know Wanderlust is coming up, too. Can you tell us a bit about what people can expect this year?

Mark Taylor: Last year was phenomenal - it was their most successful first Wanderlust ever - and this year we've already surpassed last year's registration and we're well on the way to having 25 00 paid tickets sold. The concerts are going to be phenominal with Moby and Donavan Frankenreiter. It's really going to take the whole combination of these yoga lifestyle festivals, waterman culture, stand up paddle boarding and recreational surfing to another level - something that's being built in their other festivals in places like Tahoe. 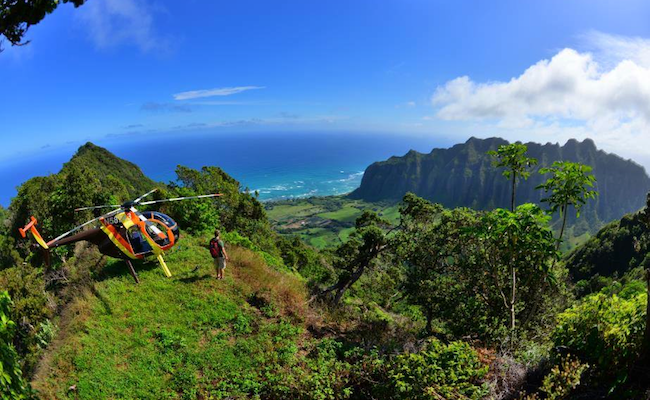 Supconnect: The video from last year looks amazing. How has the North Shore local community taken to the festival?

Mark Taylor: Yes, it was really magical time last year. The video really captured the magic. A lot of the long-time locals of the North Shore were really stoked and said it was one of the best night's they'd ever had.

It's interesting, because the roots of the festival really grew from an existing Hawaiian spirit festival that was hosted on a smaller scale with about 300 participants, led by a local yogi named Kate Baldwin. And we worked with Kate to help her - her focus and passion is actually running retreats and teaching yoga. She was looking for help on how to build this to the next level. So our partnership with Wanderlust helped to sell her vision. So it's very much rooted in the local community and has grown to bring in a lot of travelers. On that Kate, Kate is also hosting a yoga teacher's training workshop through April at Turtle Bay. 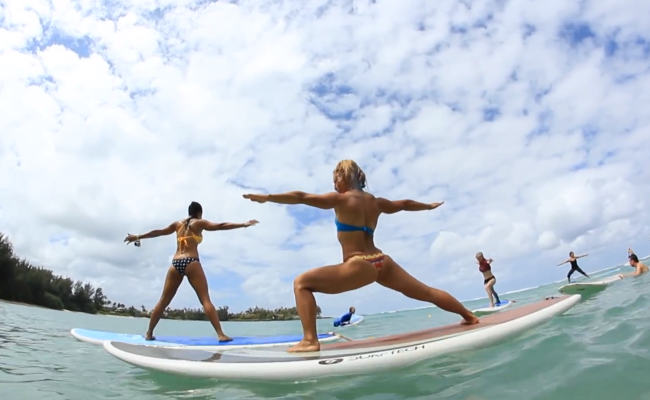 The festival really is for everyone. We've done some really neat things with the hotel, too. We recognize that that staying at the hotel is not for everyone's budget, so we've opened up 200 temporary campground spaces around the east side of the hotel - probably the most gorgeous campsite you could ever have around the world. So locals and travelers have another avenue to stay at Wanderlust on a more affordable level. 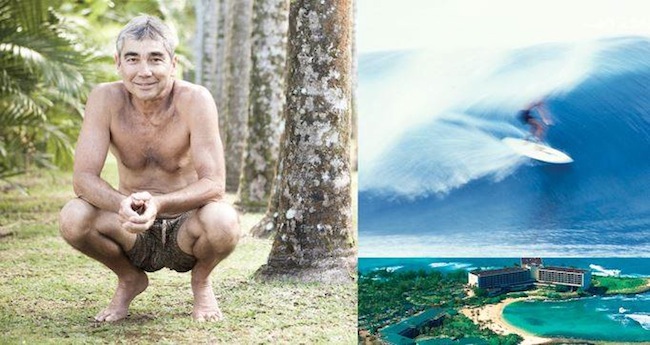 Supconnect: Can you tell us a bit about the Gerry Lopez/Kai Lenny Surf Realization and Yoga Retreat that's coming up, too?

Mark Taylor: That's for a smaller group of about 16 to 20 people at most. It's a very small opportunity to "access the inaccessible". It's a chance to spend time with two of the best in the world - kind of like the mentor and the young waterman who has taken the torch and leading the current generation. They're on hand to teach people about the practices of yoga, meditation, surf and stand up. and really have that intimacy of being with them all day, during training sessions, at night over a few beers while hearing stories at Gerry's house. It's really an exclusive opportunity that we're trying to build. There are a few spots available. On my own note, I wish I wasn't working and could sign up for this because it's everything I've ever dreamed about. 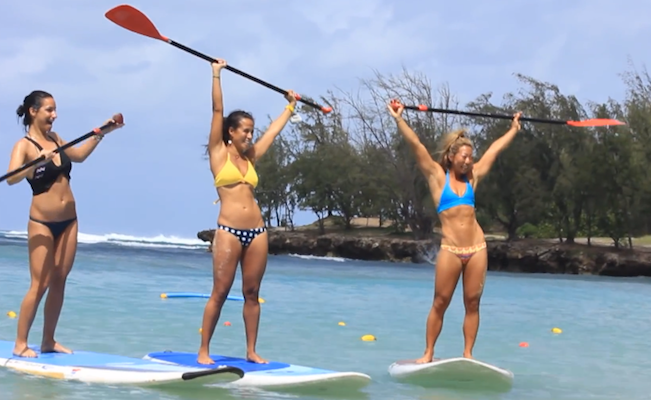 Supconnect: Are there any other projects in the pipeline for Turtle Bay?

Mark Taylor: We're also doing a retreat with Jamie Sterling, a renewed Big wave World Tour surfer, and his partner, Nadia Bonenfant, who runs a yoga program based out of Canada. We're offering 2 fluid retreats with them and they'll be later in the year, in the beginning of April and then the beginning of May.

The Sunrise at Turtle Bay | Image: Stephany from Turtle Bay

For more news and events happening at the Turtle Bay Resort, follow their blog here.

More in this category: « Gear Giveaways Coming Up At Ocean Ocean Minded Holiday Board Bash Gerry Lopez' Stolen & Recovered Board »