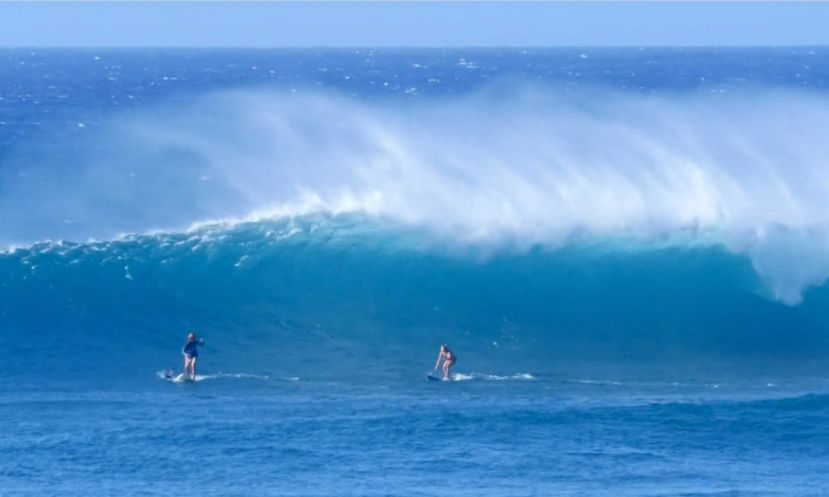 OAHU, Hawaii - With the start of the 2016 Stand Up World Tour women’s and men’s events taking place in February on the North Shore of Oahu, SUP surfers from all over the globe gathered to take part in the annual Turtle Bay Pro and the Sunset Beach Pro. One of these surfers, Fiona Wylde, spent a good amount of time here on the North Shore in February and not only did she place second at the 2016 Turtle Bay Women’s Pro behind Starboard SUP teammate Izzi Gomez, but she also was a trialist in the men’s event the Sunset Beach Pro in massive double overhead plus surf.

Fiona Wylde has improved drastically in both her SUP surfing and racing in recent years and she’s a double threat out on the water. With help from her sponsors Starboard and Werner Paddles, Fiona is well on her way to a long and successful career in professional stand up paddling.

Check out the video below to watch Fiona rip on the North Shore in February 2016.