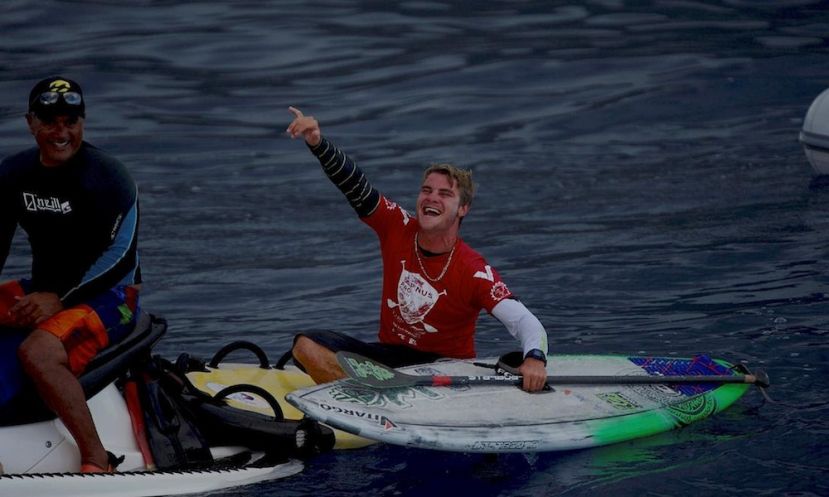 SAN DIEGO, California - The FCS SUP athletes have been busy as of late jet-setting across the globe and finding themselves atop the podium for their efforts. Maui’s Zane Schweitzer recently travelled to Tahiti where he competed in the Sapinus Pro, the second stop on the 2015 Stand Up World Tour.

Over two action-packed days of competition, it was Zane who surfed his way to the final of the event and in the dying minutes found the wave he was looking for, earning himself a 9.33 and landing him the event win.

“I used the reactor Tri fin set up with FCS II,” said Zane. “The larger base of the reactor combined with the upright template and small raked back tip gives me a lot of drive off the bottom and the ability to snap tight under the lip. This set up worked great for me in Tahiti! Lots of drive and control off the bottom and radical quick releasing turns under the lip when it really counts!”

“I feel like the FCS II fin system gives me a little more drive out of turns as well,” continued Zane. 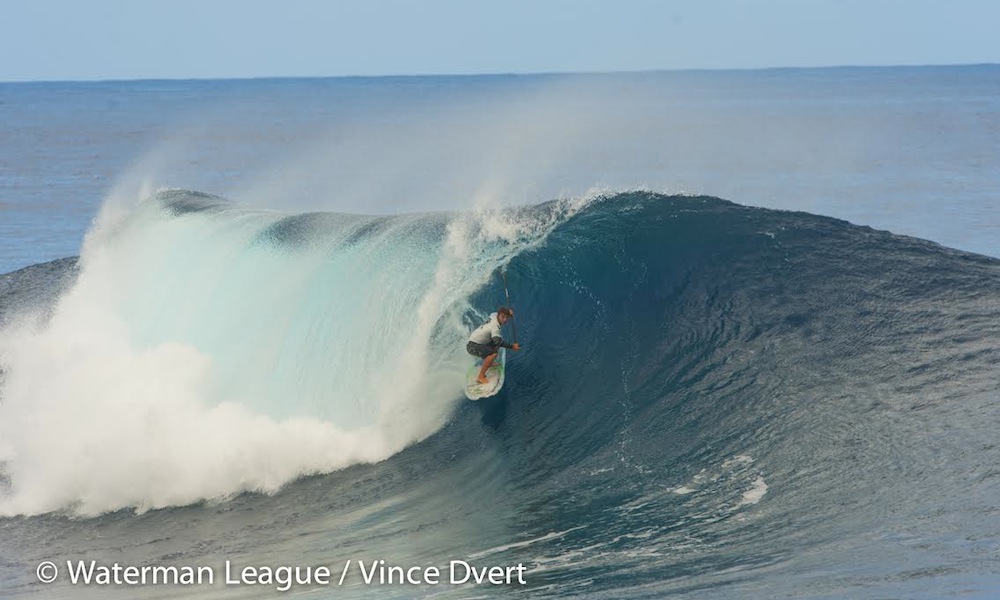 Zane found the wave he had been waiting for to unleash some powerful carves and allowing him one of the only barrels on offer during the latter part of the day to take the win. | Photo Courtesy: Waterman League

FCS SUP teammate Sean Poynter also did well in the event earning himself an equal third place finish after bowing out in the semifinals. “The fins I used were the large Performers” said Sean. “With the wave being one that switches between barrels and walls for turns, I figured these would give me good hold for those tight pockets if come the barrel but also good responsiveness and drive come turn time. They worked great between the two.”

Sean added, “touching on the event, it was great to have it back in Tahiti. Sizable waves, beautiful conditions, surreal environment, welcoming locals, you couldn't beat it. Hopefully they'll bring it back here next year.”

Upon completion of the Sapinus Pro, Zane jetted back home to Maui and over the weekend competed in the inaugural Maui Jim Oceanfest, where he finished in 5th place overall in the SUP division of the event. 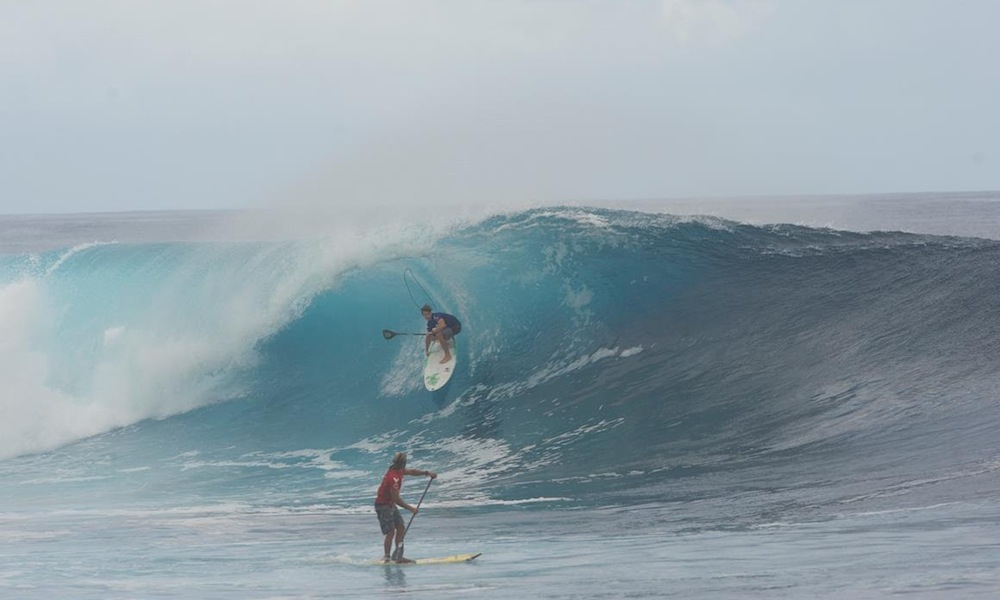 “We have worked with many of the top athletes in the sport like Zane to develop these products that take their performance's to new levels. The knowledge we gain from that transfers into helping all paddle borders increase their performances. It's amazing what a difference having the right equipment can mean. Not only to your performance but to your enjoyment of your time on the water! That's why at FCS we say ‘Feel the Difference.’ Whether you're a novice or a pro or anything in between you will feel the difference good equipment can make,” said FCS's Tyler Callaway.

Congrats Zane on your win in Tahiti and success over the weekend at the Maui Jim Oceanfest. And congrats to Sean as well for coming in 3rd in Tahiti and displaying a high level of surfing at the event.