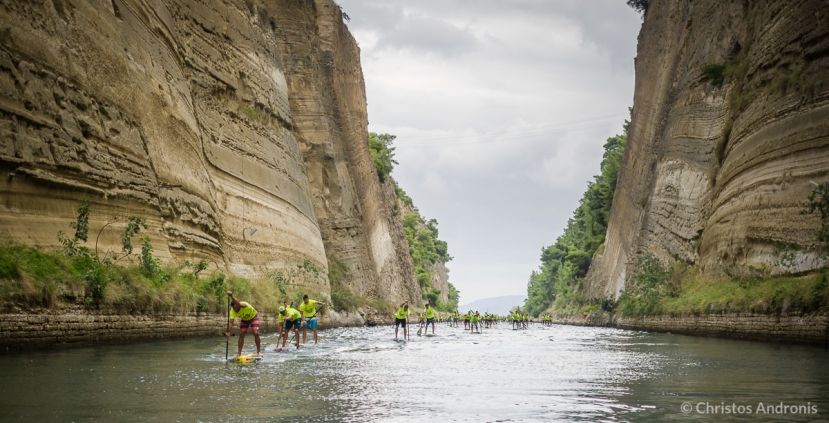 CORINTH CANAL, Greece - The most fascinating race of the year, the Corinth Canal Paddle Crossing is about to start. On Sunday, October 30th 2016, the naval traffic of the canal will be stopped for over 200 Stand Up Paddlers, Canoers and Kayakers to compete at the "straightest race" of the world.

The race will designate not only the winners of the 6th Hellenic SUP CUP 2016, but also Greece and Greek history, as the specific race has stimulated the interest of the global SUP community. The race is so special, not only for the high competitive level, but also for the emotions that overflows every paddler when he/she stands inside this historic canal, between its 80m vertical walls.

The Corinth Canal is a unique monument around the globe and only few have the privilege to cross it on a Stand Up Paddle Board. For six consecutive years, the Isthmus race has been the most interesting for many paddlers coming from different countries of Europe, who travel to Greece for this opportunity. Have a look at the video preview below.