Awards
updated 8:00 AM PST, Mar 1, 2020
Headlines:
San Diego: The Ultimate SUP Destination: With constant sunshine, ocean views, and
Nutritional Tips for Finding Balance On : Professional and competitive stand-up pa
Tenth Anniversary Carolina Cup Gains Key: The Carolina Cup, one of the largest gat
Weekly Recap 2/25/2020: Welcome to the Supconnect Weekly Recap,
SUP Surfing - Things To Know: Ever wonder what you need to know when i
SUP Pictures By Sam Aiken Photography: In our photography series that showcases
4 Hot Spots In Southern Oregon: The whole state of Oregon is absolutely
Tricks for Making SUP-ing Just as Easy a: Older adults who participate in regular
SIC Maui Signs Lincoln Dews to Global Te: SIC Maui just announced that champion pa
5 Tips To Help You Have A Successful SUP: With the SUP racing season right around

Securely strapped to your leg and embedded within a leash system, the ESDS sends electronic pulses to interfere with the gel located a shark's nose to keep them away. 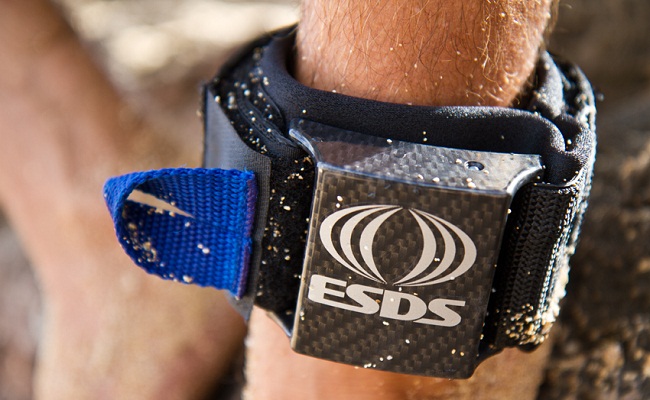 HONOLULU, Hawaii – For years, measures to prevent shark attacks for surfers, divers and swimmers have helped to save lives. Despite advances in the field however, these preventative measures do not ensure any protection from a shark attack.

According to the International Shark Attack File annual report, worldwide in 2010, there were 79 shark attacks. Of these unprovoked attacks in 2010, North America experienced the most attacks in their waters with 32 attacks (42%).

Wilson Vinano Jr., a longtime Honolulu surfer and owner of Z to A Innovations, LLC has envisioned the Electronic Shark Defense System (ESDS), which omits electric pulses that interfere with the gel in a shark’s nose and keeps them away. The ESDS will change the way that surfers, divers and swimmers experience the ocean environment.

The collaboration between Z to A Innovation, LLC and 3D Innovations have delivered the ESDS to market. The ESDS is a small, shark deterrent device that repels sharks from the area while in the ocean thus, increasing the user’s safety. The ESDS sends pulses through the water that are easily detected by a shark’s sensory system, causing them to stay out of the signal range while keeping ocean enthusiasts safe from encounters with sharks.

Check out a video of the ESDS at work

The device is attached by a strap, similar to surfboard or stand up paddle board leash to the ankle. When the ESDS senses water, it turns on automatically and can last up to 9 hours before recharging. The device only measures 2.6 x 2.3 x 1.0 inches and weighs about seven ounces.

“Using our design and prototyping process, we were able to accelerate the development time, saving weeks of R&D, and reduced prototyping costs by as much as 350%” says 3D Innovations President, Collin Kobayashi.

Because of the partnership between Z to A Innovations, LLC and 3D Innovations, an initial market entry of several thousand devices have been built and are selling for $299 without a leash and $335 with a leash. A similar device called “Shark Shield” in Australia is sold for over $700.

When surfers, divers, or swimmers are seen from below, sharks can mistake them for sea turtles, as surfers appear to have the same shape and the splashing entices sharks to attack. Vinano says “From the extreme testing that was conducted, we know this device works and keeps sharks away from the user”. Now, surfers, divers, and swimmers wearing the ESDS will experience an added peace of mind while exploring and enjoying the ocean.