Awards
updated 7:00 AM PDT, Apr 7, 2020
Headlines:
Outdoor Retailer Cancels 2020 Summer Mar: Due to the ongoing threat of COVID-19 (c
#SupconnectLive Series Coming to Instagr: Supconnect is launching a new series, #S
Malibu SUP Surfer Gets Arrested: On Thursday, April 2, a Los Angeles man
How to Choose Gear for SUP Yoga: As one of the leading voices in the SUP
Supconnect Launches 2020 Paddle Board Re: For the past year, the Editorial team at
APP Launches Immersed TV Show Series: Starting the 1st of April, APP is delive
Weekly Recap 3/31/2020: Welcome to the Supconnect Weekly Recap,
SUP Surfing Mistakes To Avoid: Mistakes are inevitable, they happen to
Top 5 SUP Destinations in USA: After about 5 years on the road Mike Tav
Why SUP is an Ideal Sport for Seniors: When it comes to seniors, exercises like 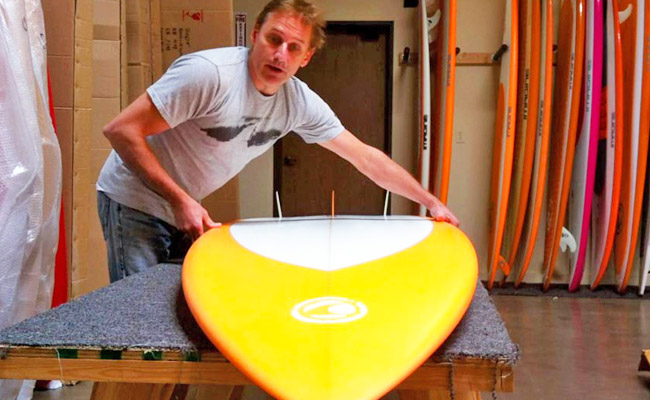 SAN CLEMENTE, California – Corran founded Imagine Surf in January of 2002 in Montreal Quebec.  It started as a surfboard manufacturing company that in 2004 began to teach surf classes on Montreal's St Lawrence river waves. By 2006 Imagine Surf had an international distribution for it's surfboards and was arguably Canada's largest manufacturer of surfboards. In the spring of 2007 Imagine began to manufacture Stand Up Paddleboards, beginning with what was then a cutting edge design called the Cutback that was only 7'11" - remarkably short for the time. The evolved design is still in production today.

Following the sale of Imagine to the Contrarian Group in August of 2010, Corran moved the operation to Southern California, and continued on as the companies President. In January of 2012 the company was again sold to the Pryde Group, a Hong Kong based company.

"We have  different ideas on which direction the company should go," Corran commented about his departure. "My strengths are in innovative design and brand building, and this was not the direction they wanted to take the brand, so the relationship with Imagine Surf no longer made a great deal of sense"

"The brand will continue to grow, and I wish them the best of luck," Corran continued. "As for myself, I'm very excited about what the future holds in this fast growing sport and industry, and my continued role within it."