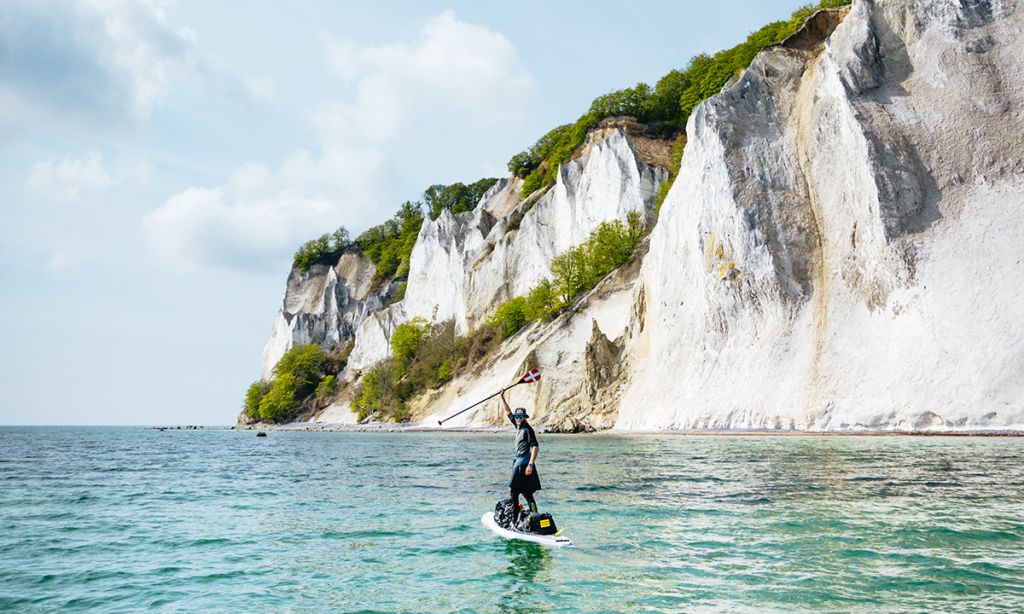 KLITMØLLER, Denmark - After 54 days and 1,450 kilometers around Denmark, the Danish SUP World Champion, Casper Steinfath, finally set his feet on the beach in his hometown Klitmøller Wednesday night. The 28-year-old is the first ever to circumnavigate Denmark on a stand up paddle board. He started on April 2nd in picture-perfect conditions with sun from a clear blue sky and an unusual glossy North Sea and finished at the same place after an epic downwinder of 70 kilometers. When he came home, he let the emotions run in front of 300-400 people standing at the clubhouse.

"I don’t know what to say," Casper Steinfath said to the crowd as the tears pressed on. "It started as my own dream, but it ended up being many people's dream. Thank you so much for following me. I'm so touched," said Casper Steinfath. 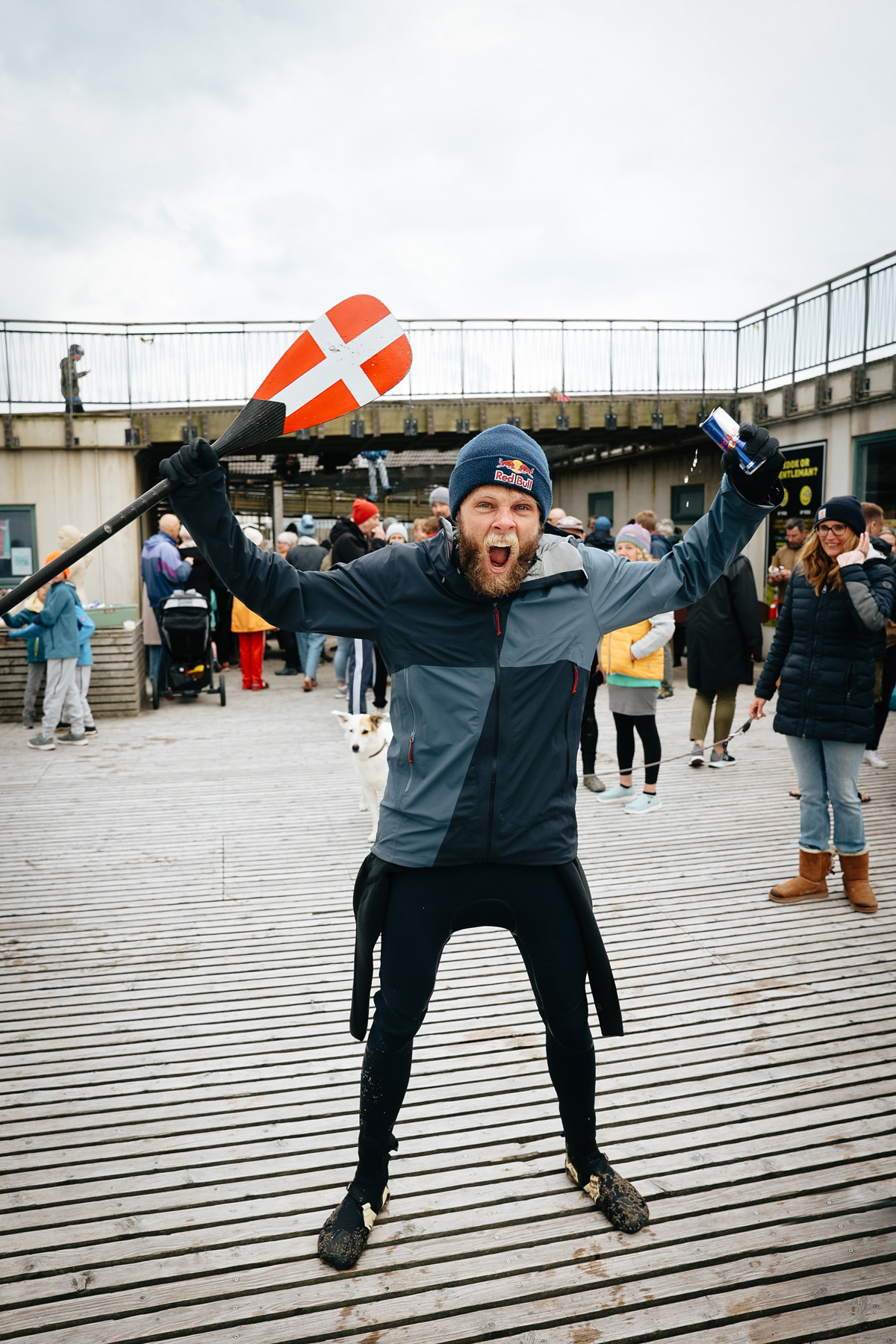 Casper Steinfath has won the World Championships in SUP six times and paddled across the oceans of Skagerrak and Kattegat - but the trip around Denmark was his biggest adventure ever.

"I have experienced parts of Denmark that I have never seen before. I have paddled in the most beautiful sceneries you can imagine, and I have met so many amazing people. Strangers have invited me in, sailed with me and offered me a cold beer when I needed it the most," says Casper Steinfath.

He was under pressure up until the final day. On Thursday, a small summer storm from the west was forecasted, making it impossible for Casper Steinfath to continue for almost a week. This meant that he had to reach Klitmøller on Wednesday.

On Tuesday, Steinfath planned to paddle 50 kilometers to Vorupør to take a short victory round to Klitmøller Wednesday afternoon. But a broken body tripped all plans, and instead he put everything into finishing his project with a long stage at the end - the third-longest during The Great Danish Paddle.

Luckily, the conditions were perfect, with a strong tailwind and man-high waves, which blew him to Klitmøller. It went so fast that he had time to take a hot dog break in Vorupør and hit Klitmøller at just the right time.

"The final couldn't be better. Epic conditions with a lot of nose dives and crashes. But man, I have been far down during the past two months. I have learned new sides of myself, and I think I won’t understand my achievement until after a couple of days. My pulse watch says I have to rest for 120 hours now, but I guess I’ll take a few more," he says.

Luckily, he can put them into good use planning his upcoming wedding this August.