Alright East Coasters, summer is here and there are plenty of fun activities to see and participate in. The 2014 Sunset Series falls right into that category and sounds like an awesome time. April Zilg tells us about the event and why to participate, check it out: 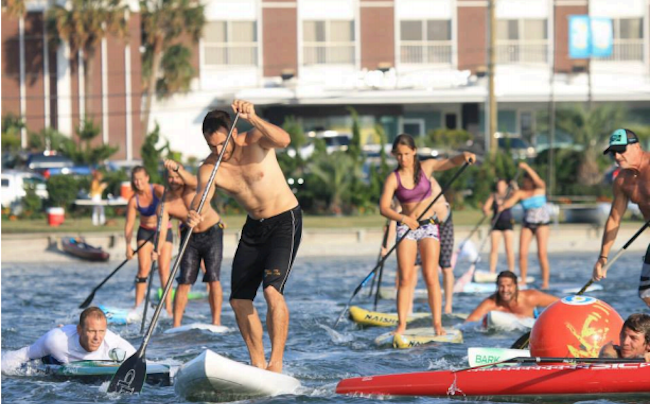 The 2014 Sunset Series has been held on Thursday afternoons, soundside at the Blockade Runner Hotel, the Carolina's Premiere SUP location. This year's series has been run by Carolina Paddleboard Company Team Rider, April Zilg and is free to all entrants. According to April "The goal is to build our local paddling community in two ways. First, we would like to build camaraderie amongst paddlers. Secondly, we want to build the skills of our local community. Wrightsville Beach is considered a "hub" for SUP activity and we want our community to reflect that."

The Series begins with a 30 minute clinic, followed by races for various skill levels. "Each week the free clinic covers an aspect of the race that will help the racers compete, similar to the examples given above: sprinting, buoy turning, drafting, and starting. Our first lesson covered buoy turns, that way participants were comfortable in each race requiring a turn. After that we covered beach starts so that participants could start races calmer and quicker. We've analyzed the forward stroke, talked about acceleration, and reviewed drafting." 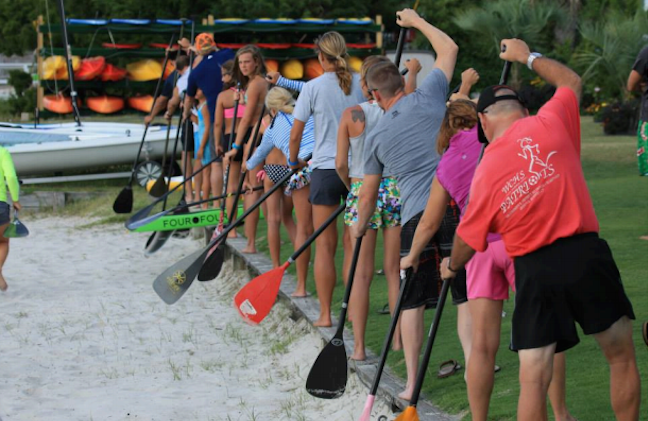 The races have been broken down into Kids, Community and Challenger Divisions. This allows for novice paddlers to enter their first competitive event and become comfortable in a race environment. The kids races have become a crowd favorite. Members of the Carolina Junior Waterman Team have not only been performing well in the Series, but they have been acting as mentors for other Juniors in the area that are interested in breaking into the sport. 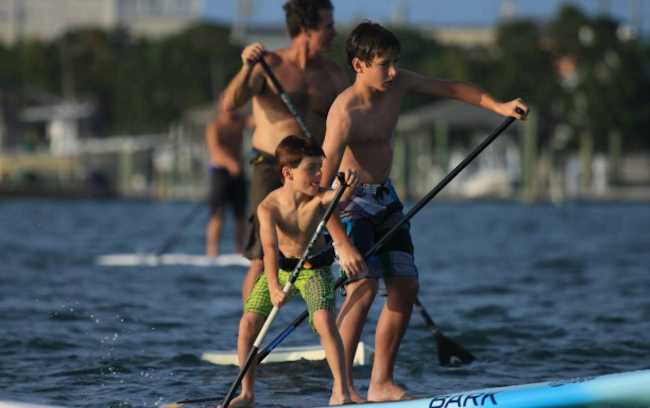 April has been instrumental this year in designing courses each week that will help paddlers become much more competitive and well rounded in terms of skill set. "The courses are designed to address various aspects of SUP racing, and build on each other. We have a downwind course, a distance course, a buoy turn course, and a sprint course. The races are shorter than many of the races paddlers would travel to on the weekends, but they are not intended to wear anyone out. They last anywhere from 30 minutes to an hour, and can easily be fit into serious paddlers' training schedule." 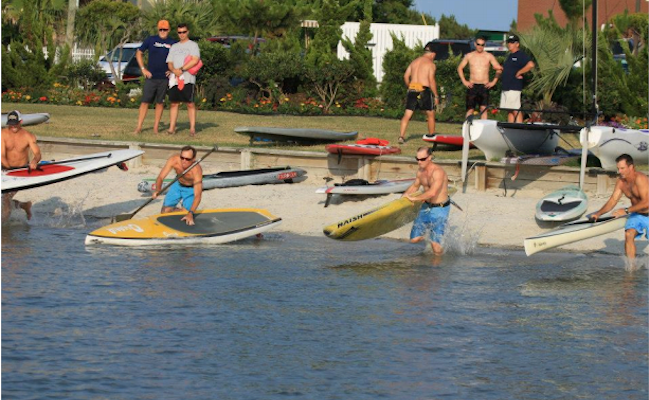 Although the first half of the Sunset Series has just completed, the second half of the series will run through the end of the summer. "We just finished up the first half of our series and awarded prizes. The "challenge" courses were led by Craig Stevens and Karen Wilson, the "community" courses were led by Mark Sumner and Laura Stevens, James Bain won the prone division (and also provided numerous prizes for the competitors from Epic Food Co), and Saylor Emmart won the kid's division."

If you are looking for a professionally run race series that will hone any skill level, but one that takes place with a "laid back Carolina Vibe" Y'all come see us on Thursday afternoons. You won't regret it.