Learn more about Operation Broken Silence and Join the Cause 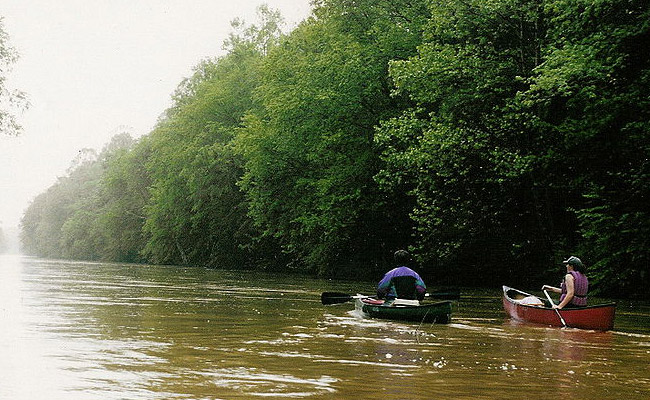 Two canoe paddlers going down the Wolf River in Tennessee.

MEMPHIS, Tennessee – April 7th, 2012, a group of 8 paddlers, to include British Adventurer Dave Cornthwaite and Canadian Adventurer Rod Wellington will paddle the Wolf River from its source to its confluence with the Mississippi River, a distance of some 105+ miles. Join them as they stand up paddle (SUP) on the Wolf River in snake infested swamp, slop through muddy marsh, surrounded by the unmatched beauty of nature, making their way to the Mighty Mississippi River in one week!

This paddle is to benefit and raise awareness of Operation Broken Silence. OBS is a non-profit organization based in Memphis, TN. that strives to protect the innocent by confronting social injustices, speaking and acting against the growing threats of mass atrocities and modern slavery in our world today. The goal is to raise at least $5000 through inviting you to get in the water, have fun, and win prizes. All donations received will go to Operation Broken Silence’s Community Aftercare and Restoration Endeavor.

Learn more about and Donate to Operation Broken Silence