Here we go again. With so many exceptional watermen in the stand up paddle boarding world, one might ask why we would put ourselves in the difficult position of having to choose one and only one to be the Mr. SUP of the Year?

Patterson Makes History with His Involvement, Ambassadorship and Performance 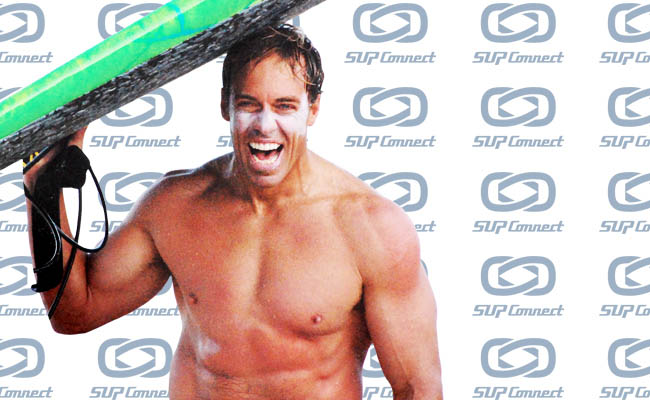 Chuck Patterson with his trademark smile during the Tahoe-Nalu race held in Lake Tahoe in August 2010. Photo: SupConnect.com

SAN DIEGO, California – Here we go again. With so many exceptional watermen in the stand up paddle boarding world, one might ask why we would put ourselves in the difficult position of having to choose one and only one to be the Mr. SUP of the Year? Tracy Lynn Penny, one of our audience members, had a keen sensibility to our predicament. “This contest is nuts, you couldn't pay me to judge. I'd lose too much sleep over whom to vote for, good luck to your panel, lol! Aaron, Laird, Chuck and Dave, all have my vote...,” she said. (Become friends with Chuck Patterson on Sup Connect.)

Luckily, we had a clear set of criteria to guide us through our decision-making process: involvement, ambassadorship, and performance. We were to consider an athlete highly involved with the community, with a stellar attitude, and with a distinctive stand up paddle boarding performance, although not much weight went to this last criterion. What’s more, as the first Mr. SUP of the Year ever, we were to look at not only his accomplishments in 2010, but also all his stand up paddle career leading up to then, plus his legacy in the modern history of the sport. With all of that on the plate, we believe that Chuck Patterson is the undisputable winner. And for the curious minds, here is how we came to our decision. (Join the SUP Racing group on Sup Connect.)

One of the most noticeable and appealing traits of stand up paddling is not just stand up paddling but also the stand up paddlers themselves. The community that forms the sport is incredibly welcoming and inclusive, helping in turn to accelerate the growth of the sport even further. Mr. Sup of the Year had to earn his high points here or else he wouldn’t be a good face for the sport. Pretty faces and incredible moves on magazines and movie screens are not enough to capture the ethos of the stand up paddle world. And if anyone has followed the stand up paddle scene closely, one can easily spot Patterson as the most involved athlete with the stand up paddle community, from the time that stand up paddle contests began to roll out in 2007 all the way to the end of 2010. In fact, many wondered whether Patterson had a twin brother or an illegitimately conceived clone. From Punta Sayulita and Santa Cruz to Hawaii and Saint Tropez, the man was nearly everywhere, attending one event after the other, exuding nearly superhuman powers with his elusive omnipresence. (Join the SUP Racing group on Sup Connect.)

Then enters ambassadorship. At face value, no one would think that a man with an “incredible hulk” body build, weighing over 200 lbs, and being highly competitive would have a welcoming and friendly attitude toward his fellow paddler. Moreover, when asked, most people have confessed to be intimidated at their first sighting of Patterson. Now all that changes when you actually meet the man. Although intimidating at a distance, your perception of Patterson is guaranteed to change upon first contact, especially as his iconic smile turns our way and you get a taste of his amicable nature. At that point, even if you feared to be devoured by the snapping of his fingers, you’ll instantly become a Patterson fan, and more importantly, a friend. That is a “must-have” trait for anyone to be crowned as Mr. Sup of the Year. And here Patterson not only ranks high, but is a blueprint for athletes to follow. (Become friends with Chuck Patterson on Sup Connect.)

Finally we consider performance. To reiterate what we said earlier, we don’t assign much wait to this criterion. Here, like we’ve said in another place, our goal is only to ensure that the standard-bearer does not bear low standards. On a higher note, candidates for Mr. SUP can certainly benefit from having a distinctive stand up paddle performance. And by distinctive, we don’t mean top performance, but rather something unique about him, whether is his powerful turn in surfing or innovation in white water or the like. Here again, Patterson scores with flying colors, both in terms of racing and surfing. To name a few of his accomplishments, Patterson was the inaugural winner of the Battle of the Paddle California, winner of the Shootout in 2010, and winner of the St. Tropez in France last year. Even going back as far as 2007, to the first stand up paddle contest held in mainland US, the San Onofre Classic, he came third while riding boards that by today’s standards are considered highly primitive. So all in all, when perusing through Patterson’s involvement, ambassadorship, and performance, from his early days till the end of 2010, it’s crystal clear that no one has made such a wide-ranging, in-depth, and substantive contribution to the sport as Patterson. For that he earns the title of the first ever Mr. SUP of the Year. And with his crowning, we hope that others will be encouraged to follow in his footsteps, making personal and grass root contributions to this great sport and community of ours. (Join the SUP Surf group on Sup Connect.)