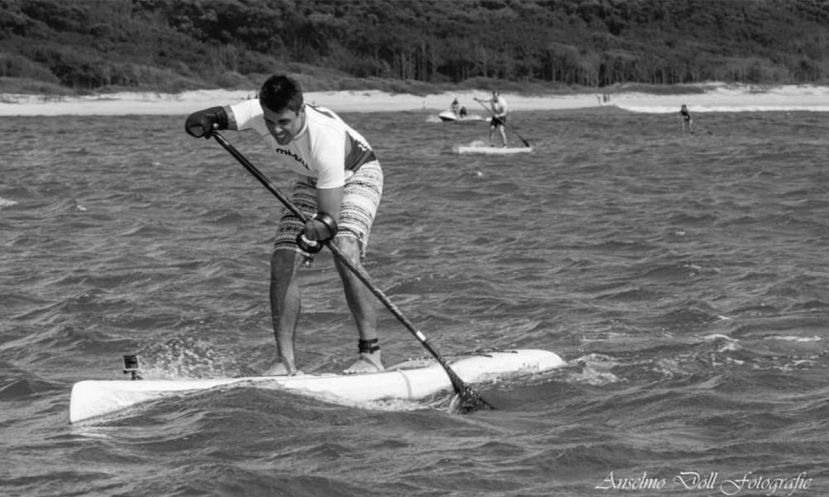 SAN DIEGO, California - You might have been introduced to or heard the story of 30-year-old Jonas Letieri during the 2015 Payette River Games where he stole the show and made headlines as an inspiration to the spectators and fellow competitors of the event when he displayed an incredible performance during competition. Since the PRG’s, Jonas has been keeping busy training and perfecting his paddle technique and he’s so good that unless you knew otherwise, you wouldn’t know he lives and paddles with a disability.

As a short backstory on Jonas, just a few years ago, Jonas was involved in a freak accident at his church where he was volunteering leaving him without both of his forearms and hands. As this would be a devastating accident to anyone who had to endure it, it was particularly painful for Jonas as he was an avid surfer and could no longer participate in the sport that he loved. Determined to find another way to keep his connection to the ocean, Jonas found stand up paddling and hasn’t looked back since.

Since finding SUP Jonas has been working hard and continuously paddling to improve his performance on the water. Over the past few weeks/months Jonas has been working with Jim Terrell and the Quickblade family on paddling technique and building paddles that perform well for Jonas. We were able to catch up with Jonas in San Diego during the 2016 Hanohano Huki Ocean Challenge and talk about what he’s been up to, what he’s looking forward to and more. Check out the video(s) below. (There is both English and Portuguese versions available to watch.)

To see and learn more about Jonas Letieri, stay tuned for a documentary being released soon by Quickblade Paddles.

More in this category: « A Look At Suzie Cooney & Her New Book “How To Increase Your Stand Up Paddling Performance - Beginner To Elite” SUP Pictures By Jason Wilson »